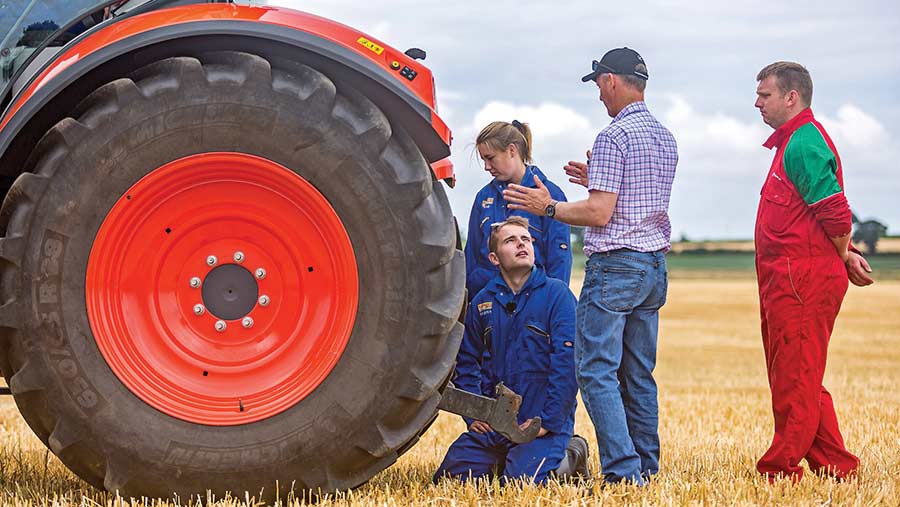 During this year’s scorcher of a summer I had the unbelievable opportunity to take part in a brutal boot camp.

The week would test my skills, my nerve and most of all the strength of my deodorant in a single T-shirt all week.

Without a doubt this was one of the best weeks of my life, spent with eight like-minded strangers, all to be in with a chance to win a cash prize of £10,000.

One of my favourite days was the challenge where you had drive a brand-new truck like you stole it around an obstacle course – or, in the words of the producer, “to put our trailer driving expertise (or lack of) to the test”.

It was interesting to see how people reacted under the pressure of a timed challenge – this is where true personalities came through.

Driven around the bend

The challenge was to complete the course as quickly as possible without hitting the cones, as this incurred a time penalty.

My thought was that if I go fast enough, I can afford to hit a few cones and it will even itself out to still make for a rapid time.

This made for a perfect time to have a laugh and get to know each other while dishing out trash talk over our terrible driving.

Throughout the week I was asked what the one thing would be that I really didn’t want to do, and Wednesday afternoon was where I was met with the news of the forfeit that I’d been dreading.

For failing the third challenge, three of us had to get up at 3:30am to do dairy duties – I wouldn’t call it the worst moment of the week as I still had a hilarious time, but I certainly I wasn’t looking forward to it.

Shovelling cow pats alongside me was team captain Sam Coote and Tess Gosney. As fun as scraping up the brown liquid left behind from the cows is (which absolutely stank, by the way), I decided to have a bit of a laugh. 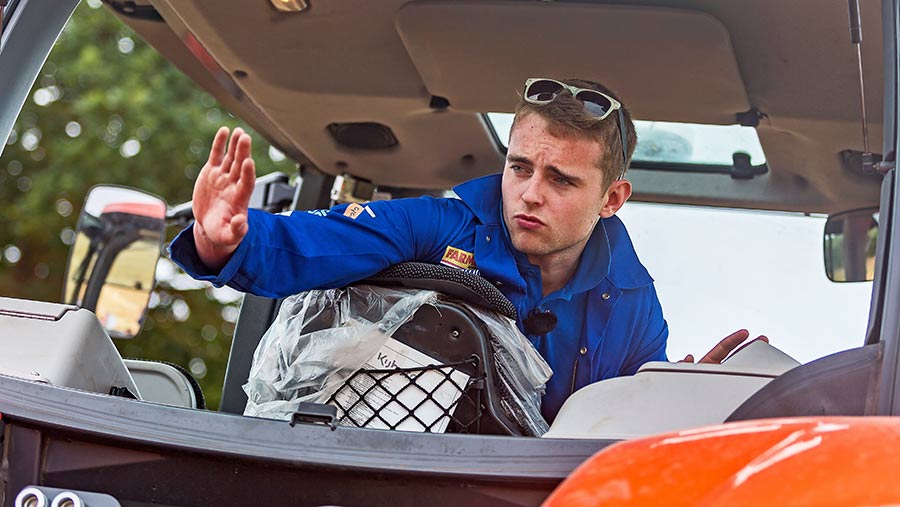 With the idea of flicking a bit of poo on a very tired Tess, I began running with my scraper firmly on the ground (which might I add can hold a surprising amount of slurry).

With a sly flick of the wrist, the resulting splatter was a fair bit more dramatic than I had intended.

Tess ended up wearing most of the contents of the floor and I got a well-deserved smack around the chops from my furious fellow apprentice.

I hasten to add that I did clean her wellies afterwards to apologise – sorry again Tess. No hard feelings.

I took so much away from that mad week at bootcamp. I learned new things every day from the different judges, most of which I can use back on the farm where I work.

But most of all, I had fun taking on new experiences while making eight lifelong friends.

My attitude to the week was that I’m here for a good time, not a long time – by which I don’t mean “let’s have a mess about” but to make the most of the situation, don’t take yourself too seriously, be open-minded and give it 110%. It was a week that I will never forget.

See also: Watch the all of the 2018 episodes