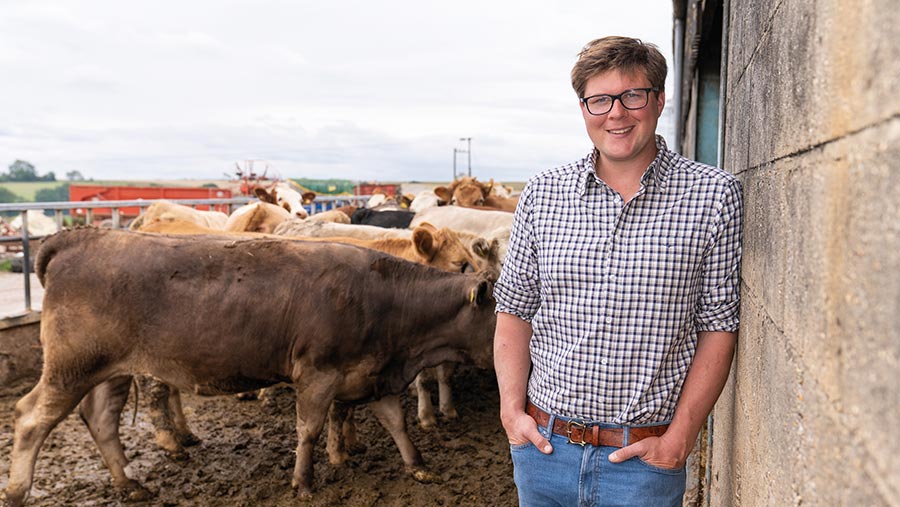 Grazing in an environmentally sensitive way is not new for Farmers Weekly’s 2020 Beef Farmer of the Year, James Waight, who farms 4,400ha (10,868 acres) of some of the highest conservation-status grassland in the EU.

All the grassland that is grazed by his 470 South Devon and Angus-cross cattle is in Mid Tier or Higher Tier Countryside Stewardship. It is also classified either as a site of special scientific interest, special area of conservation, or special protection area.

Such protection is placed on the land surrounding Enford Farm because the chalkland of the Salisbury Plain provides a unique habitat and breeding ground for some of Europe’s rarest species of plants, butterflies and birds.

As well as protecting the environment, grazing of the organic herd must fit around the activities of the Ministry of Defence (MOD), which owns most of the land, and use it as a live firing and exercise range.

Mr Waight has a spring and autumn block-calving herd, with the autumn herd of 120 mainly Angus South Devon-crosses bred back to a South Devon to produce replacements for the spring herd, which consists of 350 cows. “This allows us to finish animals year-round,” he says.

Youngstock are grazed outside on the better grazing land from May until September, when they are weaned, housed and fed a diet of chopped lucerne and spring barley. This is grown on an additional 160ha (395 acres) of organic arable land.

Weaned stores are achieving growth rates of 0.9kg/day and the finishers 1.4-1.6kg/day. All stock is sold finished at about 16-17 months on an ABP organic contract.

Manure from the housed youngstock is applied to the arable ground to boost potash and other nutrients. But no improvements can be made to the grazing land due to its protected status.

This means the grassland at Enford Farm has never been reseeded or ploughed.

“We can’t improve or enhance this land, so we have to work with what we have. By grazing in this way, we also don’t get any worm build-ups. Being self-sufficient and walking the stock off the farm mean we are not so at the mercy of commodity values,” he says.

Grazing in an environmentally sensitive way all comes down to planning, explains Mr Waight. “We work with the MOD and its ecology officer and they prescribe how they would like us to graze.

They create a mosaic that outlines when and how we can graze. The idea is to graze at the correct time and have grass at all different growth stages to provide the correct habitats for the species that thrive in this area.”

For example, the whinchat prefers long grassland for breeding, whereas the stone curlew prefers short grass when it visits the Salisbury Plains in the winter.

Cows are moved weekly and graze paddocks to residuals of 4-5cm. A 50m buffer strip is left ungrazed between each paddock.

Traditionally, electric fencing has been used to manage how the cattle are grazed. However, Mr Waight recently invested in 10 virtual fencing collars made by  Norwegian company NoFence.

“They are currently the only virtual fencing collars in the UK you can buy off the shelf. We have been using them since November with great success,” he says.

The collars are operated by a 2G mobile network, with cows getting a “little tickle” when they roam within 2m of an invisible boundary. If this happens, Mr Waight also gets an audio alert. The collars are satellite-driven, so Mr Waight can outline the paddocks the cattle are grazing and alter the paddocks as they move on.

“This is beneficial from a health and safety, and a management point of view, with the cows grazing MOD land,” he says.

Cows rarely come close to the boundary. “The collars allow the cows to graze instinctively, as they are not restricted by a visible fence line.”

The collars also alert Mr Waight to any cows that aren’t well, as it detects those that have withdrawn from the herd, for example. Each collar costs £225 with an annual subscription fee of £30 a collar. Mr Waight plans to invest in more collars so each cow has one. 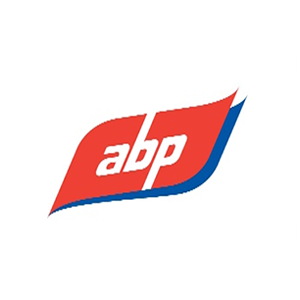 The 2021 Farmers Weekly Beef Farmer of the Year is sponsored by ABP.