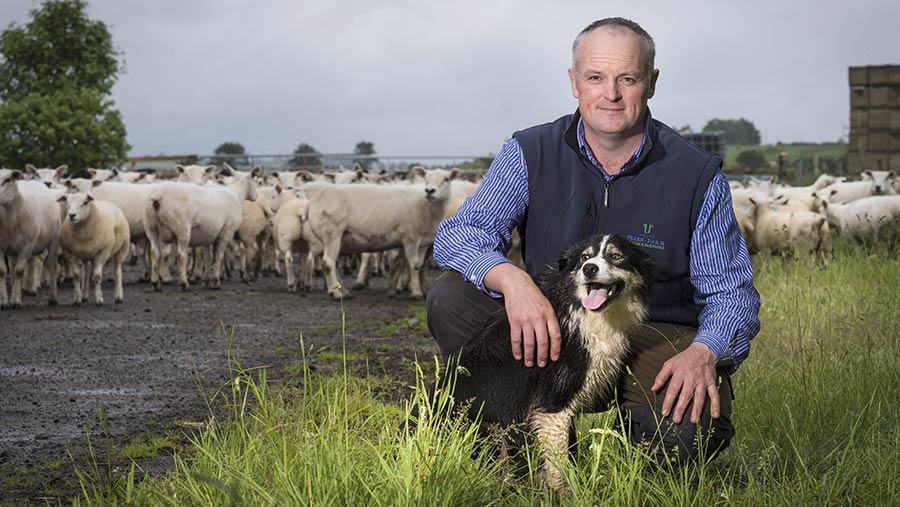 Innovative Scottish livestock farmers will be hosting their forthcoming ram and bull sales on a new online auction system allowing buyers to bid from the farm office or the tractor seat.

Two well-known Scottish breeders, the Scotts of Fearn Farm in Easter-Ross and the McGowans of Incheoch, Blairgowrie, will be using technology from New Zealand to facilitate their online ram and bull sales held on 28 August and 3 September, respectively.

The Helmsman-style online auction system is called yourbid and was developed by David and George Giddings of Meadowslea Genetics in New Zealand for their recent Angus sales, which saw record results.

“We consider the Helmsman system the fairest method for the buyer, with all the benefits of an auction but less pressure on bidders,” says Neil McGowan of Incheoch Farms. “When we saw the Meadowslea team had added an online dimension to their sale, we were certain this was the way to work this year, with the risks of Coronovirus a concern for everyone.”

What is the Helmsman-style auction system?

All lots are for sale at the same time and buyers can bid on multiple lots simultaneously and see if they have been outbid throughout the auction. With the yourbid system, the hammer comes down only once, when there are no further bids on any lot.

Prospective buyers can view stock on-farm by appointment and videos of all lots with details on performance figures will be available before the day.

Buyers can still attend on farm and bid via smartphone or bidding slips through auctioneers, but it is expected that the pandemic will encourage most bidders to operate from home.

“We plan to have bidding up and running online for a week before the sale, but things should get interesting in the last hour or so on sale day,” says John Scott at Fearn Farm.

“This is an exciting time for us as a business. We believe in our product and are delighted to be working with two other like-minded families to bring this concept to the UK, giving farmers and crofters the opportunity to buy the genetics they need to drive their flocks and herds forward in uncertain times.”

To find out more about the online auction, contact John Scott at john@fearnfarm.com