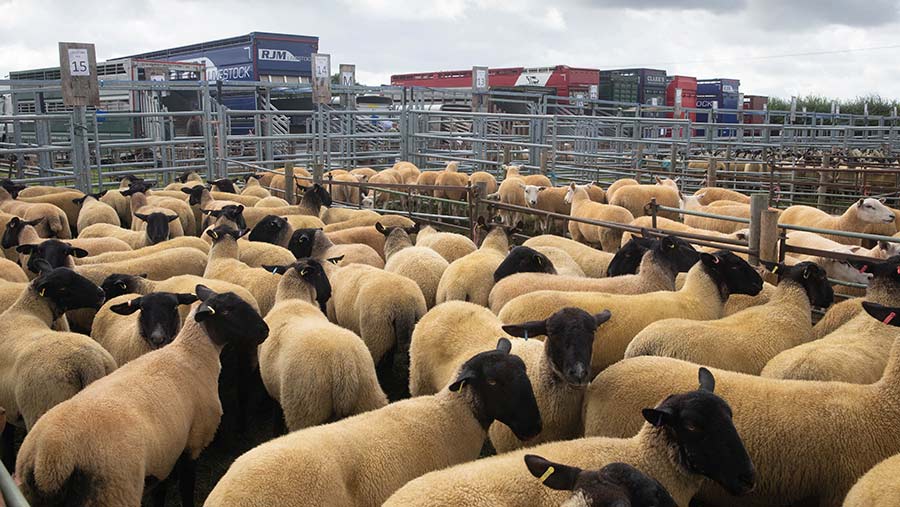 Over the centuries a spectrum of breeds has evolved in Britain, from fast-growing, prolific lowland types to hardier, single-bearing ewes for the uplands.

According to the National Sheep Association (NSA), there are now 82 different UK breed societies – 63 of which are pure and native to Britain.

But the climate is changing – both politically and meteorologically.

Meat has become a global commodity and agriculture is being used as a bargaining chip in post-Brexit trade deals.

Livestock farming is central in the climate change debate, with ruminants pilloried by campaigners calling for a reduction in methane emissions.

The argument on the way forward for the sheep sector is polarising. One view is to protect and create markets by exploiting its uniquely British diversity and wide gene pool.

So, does the UK have too many sheep breeds? Phil Stocker of the National Sheep Association (NSA) and Professor Mike Coffe of Scotland’s Rural University College (SRUC) take up the debate. 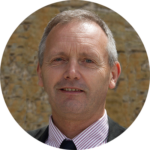 Unlike sectors grown in controlled environments such as pigs and poultry, the sheep sector hasn’t seen the centralised drive to intensify, Mr Stocker says.

Instead, the genetic development of the species has largely been in the hands of the farmer with sheep bred to meet regional conditions. This is still a key strength, he says.

Producing food, rich in protein and other nutrients from otherwise unproductive land, is even more vital with a growing world population.

A less-intensive use of livestock across a wide land area promotes soil health, which then acts as an effective carbon sink.

This approach to limiting carbon output is referred to as land sharing.

“If we switch our efforts to produce a one-size-fits-all super-breed, the potential to produce food under these conditions could be lost, along with many traits that we may need in the future,” says Mr Stocker.

“With many communities still relying on farming jobs, we could lose a whole economic structure and culture,” he adds.

However, he appreciates that with the variety of breeds, particularly those that have seen little genetic development, there are marketing difficulties.

While a Suffolk lamb might take 16-20 weeks to reach specification, the smaller and slower-maturing breeds may be 14-month-old hoggets before they reach the size demanded by supermarkets.

This can cause issues for standard lamb cuts on the volume market.

But pressure for a more commercial approach to produce commodities is not the whole story, Mr Stocker says.

The UK has seen a growing demand in recent years for high-quality food with provenance and differentiation. With regional breeds, the UK sheep sector is ideally placed to capitalise on this shift.

The ability to maintain and, importantly, develop a diversity of breeds is a strength in the modern market

He suggests there is even a marketplace for smaller breeds producing specialist products.

In the long run, the sector may not depend solely on spring lamb crops and should develop markets for year-round British sheepmeat.

Surveys have shown younger people are open to trying new food ideas. A new approach, based around different tastes and textures, could attract them back to eating sheepmeat.

Taste tests carried out by the NSA revealed that consumers universally liked the texture and flavour of well-finished, high-quality mutton.

If, after a productive life, the ewe could be marketed as high-quality mutton, output/acre would rise and carbon output/kg of meat would fall.

This calls for a new and co-ordinated approach to marketing and consumer education along with genetic improvement.

Research by the NSA has begun on a marketing project that would identify unique breed tastes and textures. The aim would be to create regional markets like the dairy sector has with different cheeses, Mr Stocker says.

Aside from addressing marketing issues, Mr Stocker believes maintaining a diverse gene pool across breeds will be a benefit for all future sheep production.

Putting all our eggs in one basket with super-breeds could mean a trait, as yet unknown, is lost, he says.

For example, a traditional breed may have greater resistance to parasitic gastroenteritis or lower methane output.

“Instead of super-breeds, we should be pushing more genetic diversity, with rigorous development and tighter recording regimes focused on eliminating the bottom 20% and improving the top 20%. We can then focus on the unique traits to sell the story.” 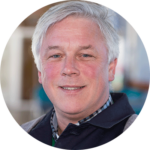 Historically, genetic improvement in sheep has been very poor when compared with beef and dairy, says Professor Coffey.

This is partly due to the large number of individual sheep breeding programmes that have focused on developing breed-identifying traits rather than overall production efficiency.

In contrast, dairy farmers have looked to the profit driver – milk yield. Over several decades, the Holstein has developed to where it is now with an almost universal use on UK farms.

Programmes have used milk yield as the foundation and can now look at other factors like reduced lameness and feed conversion efficiency. The faster a lamb grows to hit the specification required, the lower the emissions

Rewilding is a policy being considered to reduce emissions under a so-called land sparing approach.

This involves giving up areas where production is challenging and intensifying production on land where more food could be produced more efficiently.

“The first areas that will be targeted for rewilding are the relatively unproductive hills and mountains,” Prof Coffey suggests.

“It could be more economic to grow trees than produce livestock on the uplands, so why continue to put efforts into breeding sheep to survive in these challenging conditions?”

Sheep breeding programmes should instead look to efficiency. The faster a lamb grows to hit the specification required, the lower the emissions associated with that production.

Marketing alone cannot overcome this basic demand and Brexit only adds to the strength of the argument for a single breed, producing in-spec meat.

A few, dominant sheep breeds provides a greater opportunity for rapid genetic improvement that could meet the challenge of producing more food while lowering emissions

“Our sheepmeat will eventually have to compete with cheaper meat, both imported lamb and other species such as chicken and pork,” argues Prof Coffey.

With a uniform product, grown efficiently and therefore more cost-effectively, the UK could better compete with the likes of New Zealand and Australia.

“We know that New Zealand breeders are already looking to produce lamb that comes with an efficiency factor as a selling point to the environmentally minded consumer,” he says.

Trade deals are opening the doors to these imports, and we don’t want to be behind, if or when, the competition arrives, he warns.

Larger consignments of a uniform product would also put the UK in a far stronger position to sell to major importers such as China.

“The threats and opportunities are real, and the UK sheep sector needs to adapt quickly,” says Prof Coffey.

The key is to identify and select traits under a rapid development programme of a fast-growing, productive breed.

There is an argument that a greater diversity of breeds provides a wider gene pool to select the traits we want. But there is as much variation within a single breed as there is across several breeds, he insists.

And, a tighter focus on the genetic make-up of a small number of breeds is more likely to uncover the traits we are after, he adds.

Cost is also a major factor in promoting a single breed. Genomic selection is a hugely costly process. In dairy, the higher value of individual animals makes that cost of employing genomic selection cost-effective.

This technique can rapidly identify and establish a nucleus of ideal animals, accelerating breeding programmes. The process costs the same for each ewe – about £25 a head – as it does for each cow, so the economics are more difficult to stack up in the sheep sector.

This means each breed would need a programme with a minimum of 2,000 animals processed and the sheer cost of genomics would limit progress.

If, however, all sheep farms had the same breed, a genomic programme would be more cost-effective, and might attract commercial investment, making progress even more rapid.

Companies such as Genus would have a greater commercial incentive to enter the sheep sector, Prof Coffey suggests. The process of development would then build, driven by the same economics seen in dairy.

With production traits developing faster, other valuable traits where there was a commercial incentive, such as reduced methane output, could be accelerated.

Together these factors mean the political and climate change pressures would be met far better by a single, dominant breed.