MSD Animal Health, a division of Merck & Co., Inc., Kenilworth, NJ, USA, offers one of the industry’s most innovative portfolios, not only of products, but also of services and technologies, to prevent, treat and control diseases across all major farm and companion animal species.

We maintain commercial offices in more than 50 countries and business operations in more than 150 markets, and run a global network of manufacturing and R&D facilities.

Our mission – The Science of Healthier Animals – guides all of our work. Healthier animals mean a sustainable food supply, protection for humans against diseases passed from animals, and longer, healthier lives for pets.

We understand that veterinary surgeons, farmers and pet owners face challenges that are wider, more complex and evolving faster than ever, not least being how animal health connects with our own.

We are committed to providing the products, technologies, services and insights to help meet their needs.

Lameness is a debilitating and costly disease for any flock, but also time consuming and frustrating to manage.

Since the publication of the Farm Animal Welfare Council (FAWC) ‘Opinion on Sheep Lameness’ report in March 2011, the industry has made great strides but must maintain momentum if it is to hit its target of 2% disease incidence in the national flock by 2021. 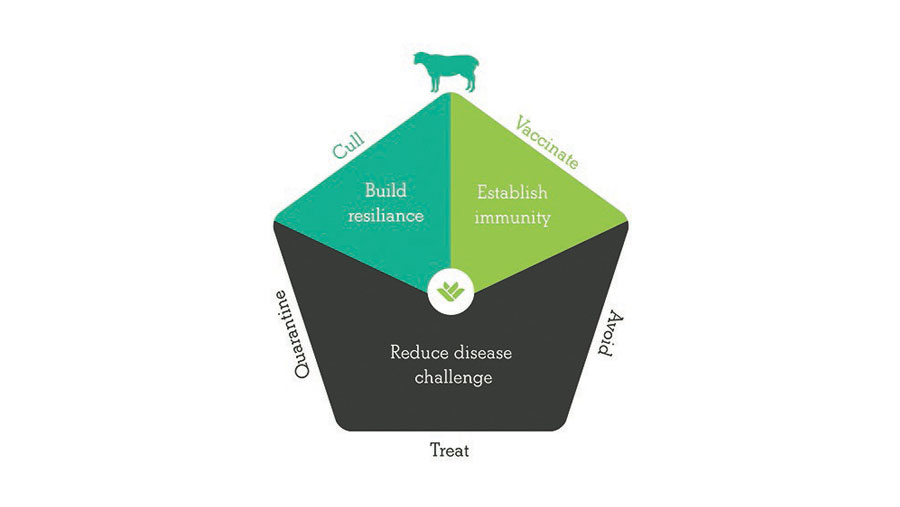 “By committing fully to the Five-Point Plan, our own practical experience – and that of a significant number of commercial sheep units around the country – has clearly shown that you can build a margin of safety to ensure a flock is less likely to succumb to lameness issues.”

Dr Clements says, “implementing the Five-Point Plan has also helped us to significantly reduce our reliance on antibiotics for treating clinically affected feet.”

“Although antibiotics still have an important role in helping us to treat clinical bacterial disease, reducing our reliance on them for managing lameness is one of key areas the sheep industry must focus on.” Dr Clements adds.

Follow in the footsteps of sheep farmers who have already stamped out lameness in their flocks: 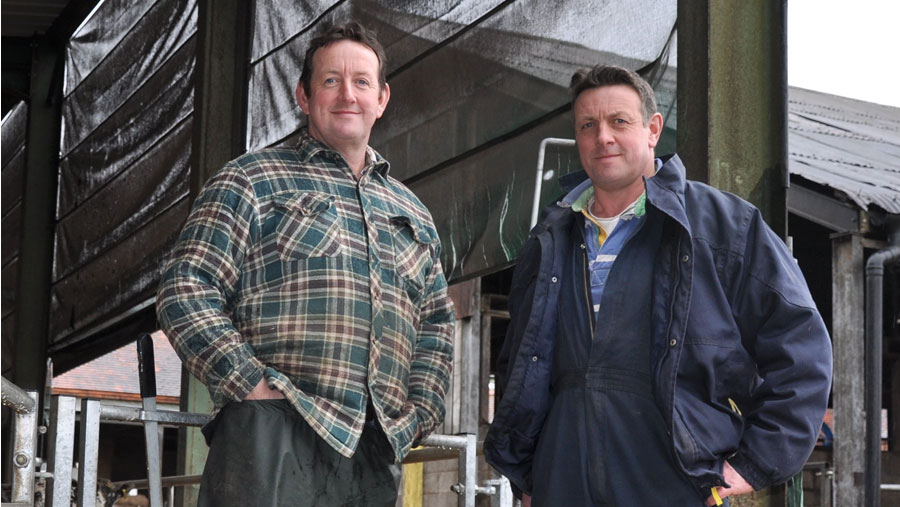 “We worked hard to make sure we were implementing all the measures set out in the Five-Point Plan for sheep lameness reduction. Initially, this meant prompt antibiotic treatment of any affected ewes and culling any persistently lame sheep.

We also decided to vaccinate all the ewes. Our culling policy and use of the vaccine in that first year made a massive difference to our ewes’ feet during the lambing season.

It also had a positive knock on effect with lamb foot health at grass the following spring; it was so much better than in previous years. In our experience, if a ewe has bad feet her lambs suffer.”

The brothers also looked to limit the spread of any infectious foot disease at grass, by liming the areas around feed troughs. They also now vaccinate all their replacement ewe lambs after weaning.

“This was probably our best decision ever and since then we’ve never had a case of footrot in these animals as adult sheep. It’s so soul-destroying and time-consuming having to treat lame sheep, so it’s great to now be on top of things,” Richard says. 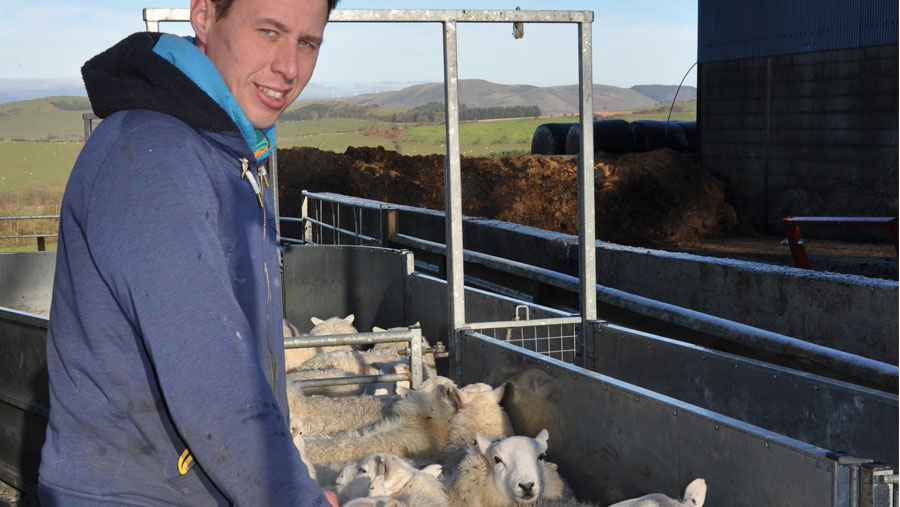 It was through involvement as a Farming Connect demonstration farm and reading the farming press that Rhidian first became more aware of the Five-Point Plan for reducing sheep lameness.

“I’d heard about the Five-Point Plan but hadn’t implemented it. Frankly, though, the crisis situation we faced a few years ago really meant it was time to give it a go.”

Rhidian started by gathering all the sheep in and anything that was even slightly lame was split off into an isolation group.

“They were all diagnosed by the vet and treated appropriately immediately before being sent back out to grass, albeit still in isolation.

This helped to break the re-infection cycle, but to help build immunity Rhidian also vaccinated all the ewes against footrot.

“After vaccination the improvement was quite startling. Before we vaccinated about 13% of the ewes were lame, but shortly after the first injection when I gathered the sheep again just before tupping time, incidence was down to only 3%.

It seems the initial vaccination really did boost their immunity. I was pretty impressed. We now vaccinate routinely about four weeks before the peak disease risk periods, such as housing for lambing,” he says. 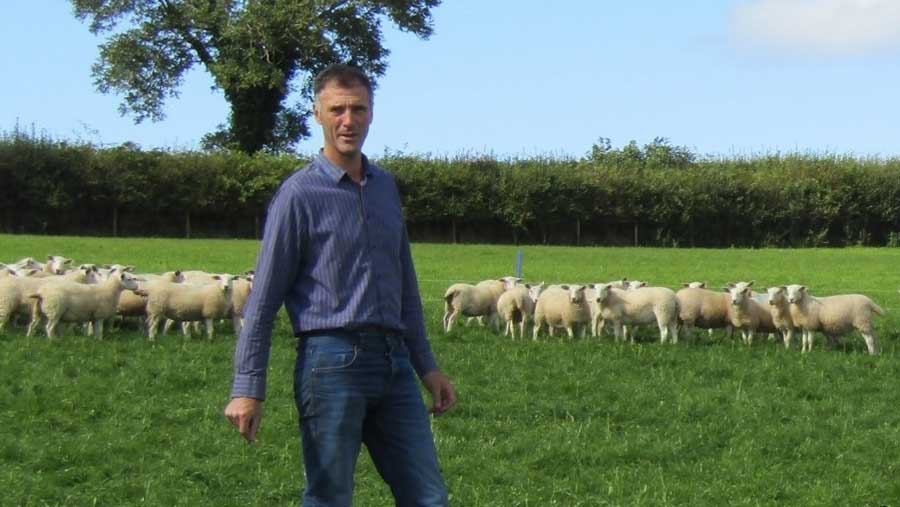 Rhun Fychan of Penwern Farm, Lampeter has used a variety of ‘no nonsense’ methods to successfully control lameness issues in his flock.

Up until 2016, Mr Fychan had been following four of the five recommended management steps integral to the Five-Point Plan for sheep lameness reduction plan, including a rigorous culling policy, but admits that lameness was becoming a frustrating issue.

“We’ve been having real problems with lameness, getting worse year on year. I think we’d been buying in problems for years. It was a wake-up call for the biosecurity of our flock.”

“We always saw footrot in the ewes when they were indoors. It got to the point where we could be treating half the single bearing ewes (which are in longest) with antibiotics to try and get on top of it.

Not only were we spending a lot on antibiotics, but we were also culling extensively. There had to be a better way to control it.”

“I spoke to our vet and after going over our current practices aimed at reducing lameness, we decided that the final step in getting on top of it had to be vaccinating the entire flock.

“It’s a waste of time only doing four of the five points detailed in the Five Point Plan. We’ve realised that now. I don’t know why we didn’t vaccinate sooner because the difference has been incredible.

We’ve gone from spending time and money treating lameness, using a lot of antibiotics, and having a very high culling rate, to no instances of footrot at all,” he says.

Watch these three videos by MSD Animal Health and FAI which explain facts about sheep lameness and how to follow the five-point plan effectively.