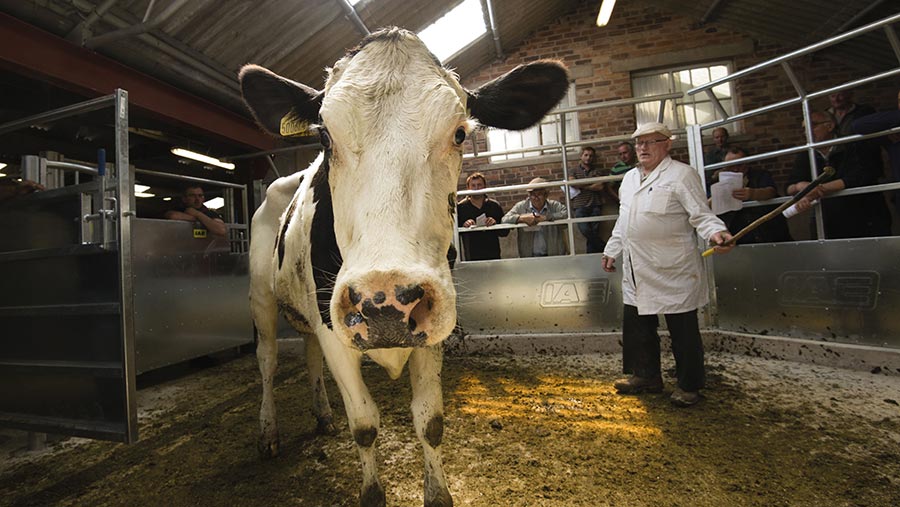 Barren cow prices have staged a strong recovery after taking a hammer blow in the spring.

Lockdown knocked deadweight values by 25-30p/kg in April at a time when prices typically start their summer rise as grazing gets underway and supplies begin to tighten.

However, in recent weeks marts have seen cows make £120 a head or more on the year.

Vendors have also returned to the liveweight rings from deadweight selling to capitalise on phenomenal trades.

Analysts wait to see whether consumer demand for these products will remain high as the catering trade continues opening up.

-3.2%
Drop in EU cow beef production (tonnes) in June on the year

Mr McDonald said pie orders had been strong since lockdown started, and that cull cows had lifted by 20p/kg in recent weeks.

“Numbers started to tighten at the beginning of June and lots of slaughterhouses are looking for cow beef,” Mr McDonald told Farmers Weekly.

Time and money were more important to consumers than ever, which was driving manufacturing beef demand, he added.

Strong prices had allowed farmers to be tougher on herd, with fewer second chances given to empty cows.  And more vendors had been attracted back to mart from the deadweight system and some ‘silent dispersals’ were helping keep numbers up, Mr McDonald explained.

Cow trade has been firm since the market adjusted to the outbreak of Covid-19 in May, but has lifted by another 20-.30p/kg for the well-fleshed cows over the past month.