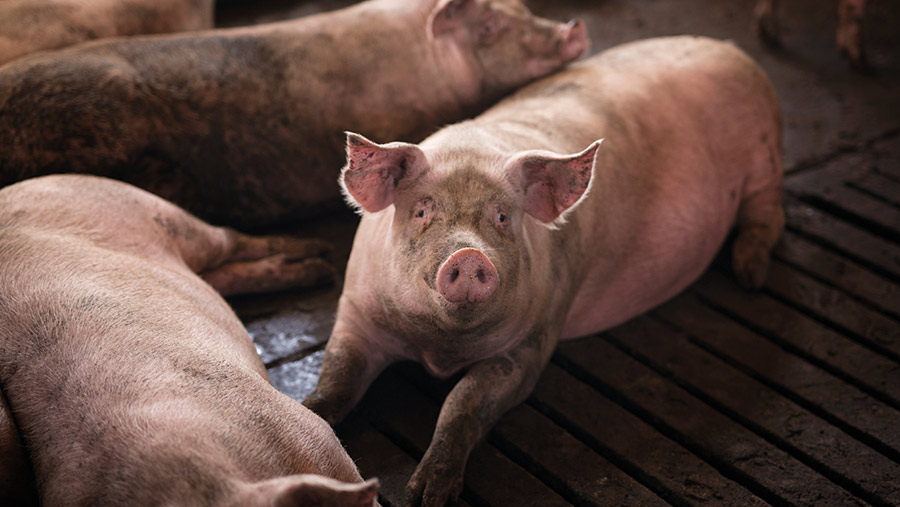 Calls are growing for contracts linked to the cost of production, as pig farms haemorrhage £50-£60 a pig in losses and see costs pass 200p/kg.

Availability issues with diesel and cereals since the Ukraine conflict started have pushed up costs, extending the loss-making run of commercial pig units to six quarters.

Lobbying efforts have gained the attention of retailers, although at the time of writing, Woodheads, which supplies Morrisons, is the only major processor to have yielded a notable price increase.

But even Woodheads’ 30p/kg lift to 180p/kg is still unprofitable, and many in the industry fear some major farming casualties will occur if the SPP does not increase.

“If the retailers don’t pay what the product is worth, they won’t have it in future,” Dr Davies told Farmers Weekly.

Mr Parish said processors were keeping the situation tight to let them buy pigs at a “knockdown price”. Many in the industry agree that contracts have not been worth the paper they are written on.

Some farmers have completely lost faith in the supply chain, while others say the situation is unavoidable and big processors are necessary for supply chain efficiency.

Is a recovery coming?

Aside from hoping for proactive price increases from retailers and processors, analysts are talking up the pig price due to a global supply tightening.

Spain’s Mercolleida price – the negotiated weekly reference price based on roundtable discussions on supply and demand data – has risen sharply.

Germany’s market has gone from the lowest EU price to the highest, starting April on about 160p/kg, a gain of 60p/kg in just six weeks.

And Chinese pig insights reported by genetics company Genesus show that pork giant Muyuan’s slaughter figures are down 38% for January and February. Wens and New Hope are back by a similar amount.