The top price was paid for Cammock Mormo bred by Niall and Katie Blair, Easter Cammock.

The May 2017-born bull sired by Bacardi Herbie and out of Cumbrian Jolie 748 caught the eye of P Watson, Banchory, Aberdeenshire. 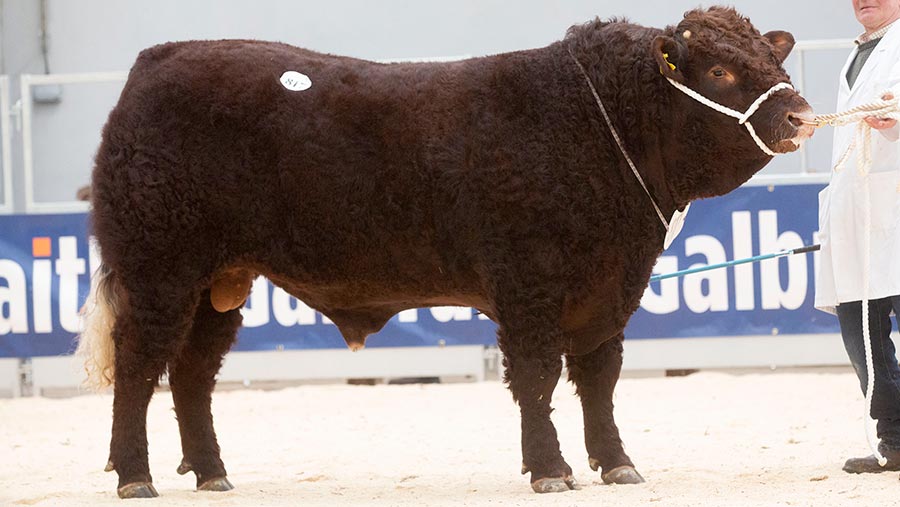 At 5,000gns was junior bull Whitebog Magic. The July 2017-born horned red from Alister Mackenzie, Fortrose is out of Whitebog Gollygosh and sired by Seawell Diplomat.

He was knocked down to JM Fisher, Stranraer, Wigtownshire.

Next in the money was Murray Lyle’s Strathallan Marvel at 4,000gns from Dunblane. The Seamore Kawasaki son is out of Cleuchhead Carat 12th, born in May 2017.

The reserve senior champion Tolquhon Lancelot secured the next top price of 3,800gns for vendor Jack Sleigh and Sons from Aberdeenshire.

The homebred October 2016-born bull is out of Tolquhon Reine and by Tolquhon Christophe. The horned red was purchased by J Innes and Sons from Aberdeenshire.

Three lots sold at 3,500gns, one of which was the senior and overall champion, Rigel Lancer Poll.

The 2016-born polled bull from Rigel Pedigree was knocked down to the show judge James McDougal, Bassendean, Berwickshire. Lancer Poll is out of Rigel Jolene Poll and sired by Rigel Officer. 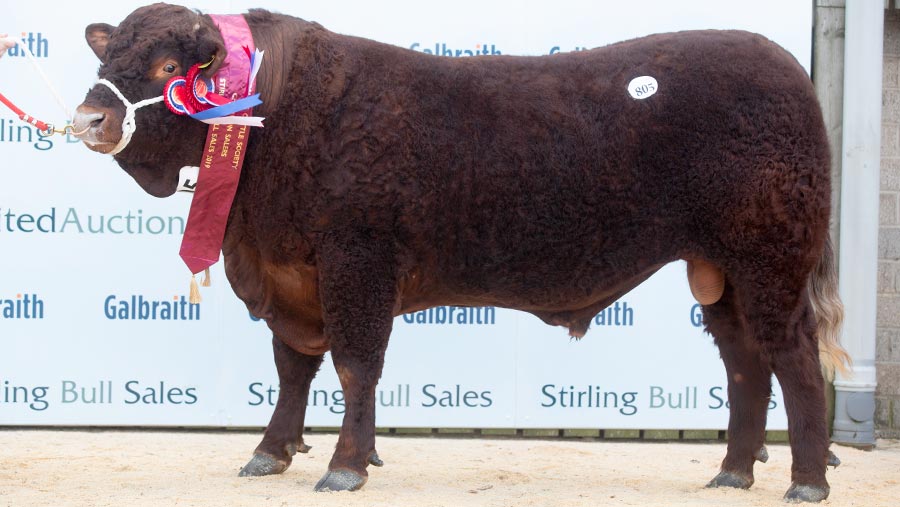 Rednock Lawrence from Gill and Malcolm Pye, Stirling, also sold for 3,500gns. The July 2016-born Rigel Officer son out of Rigel Dahlia was secured by AJ Hunter from Shetland.

At the same money was Corrichie Logan from John McIntyre and Son. Sired by Ashbury Jackal and out of Cuil Golden, the October 2016-born bull went home with M, G and A Shearer to Caithness.

A draft sale of young females from the Seamore herd of J Manners, Hawick, saw seven females sold to average £1,605 with the top price of 2000gns paid for the two-year-old Seamore Mojito.

The homebred horned red, sired by Fleuron and out of Vodka, went home with J Martin and Son, Dalry, Ayrshire.