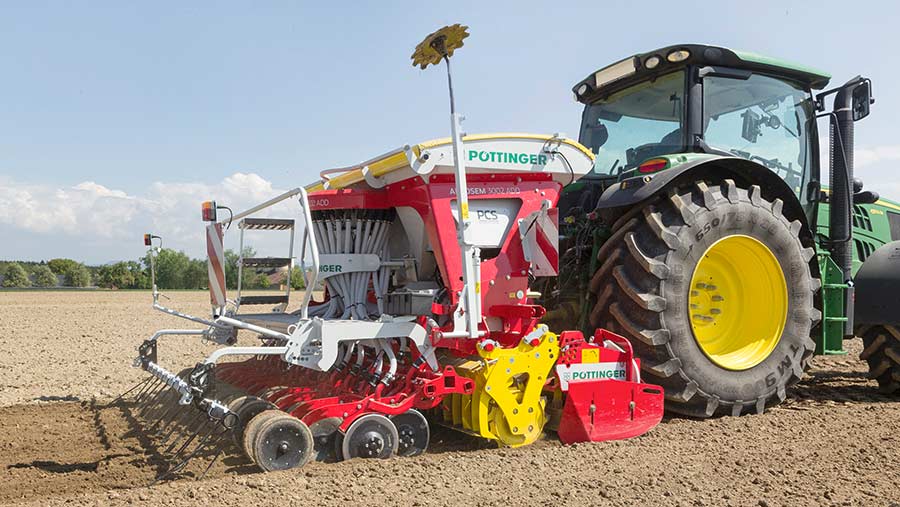 Pottinger has added a part-width shut-off system to its mounted Aerosem drills that works to a virtual boundary and switches off 1m sections in sequence until the ground is covered.

A 3m drill typically has 24 rows, so as it passes the virtual line it switches off the first eight rows, followed by the second section, and so on.

This is controlled through the drill’s IDS (Intelligent Distribution System) head, which also adjusts the seed rate for the remaining active sections to avoid over-seeding.

Pottinger says that benefits of using the system extend to reduced overlap in small and awkward-shaped fields, less competition between plants, consistent seed populations and cost savings as a result of less wasted seed.