A new induction hopper and pump are the stand-out improvements to Amazone’s enormous Panterra 4080 self-propelled sprayer.

The system was launched on UX trailed models a couple of years ago – and sees the old Altek pump replaced with a pair of 260-litre/min AR units – one of which predominantly handles the spraying, while the other keeps the tank mix agitated. 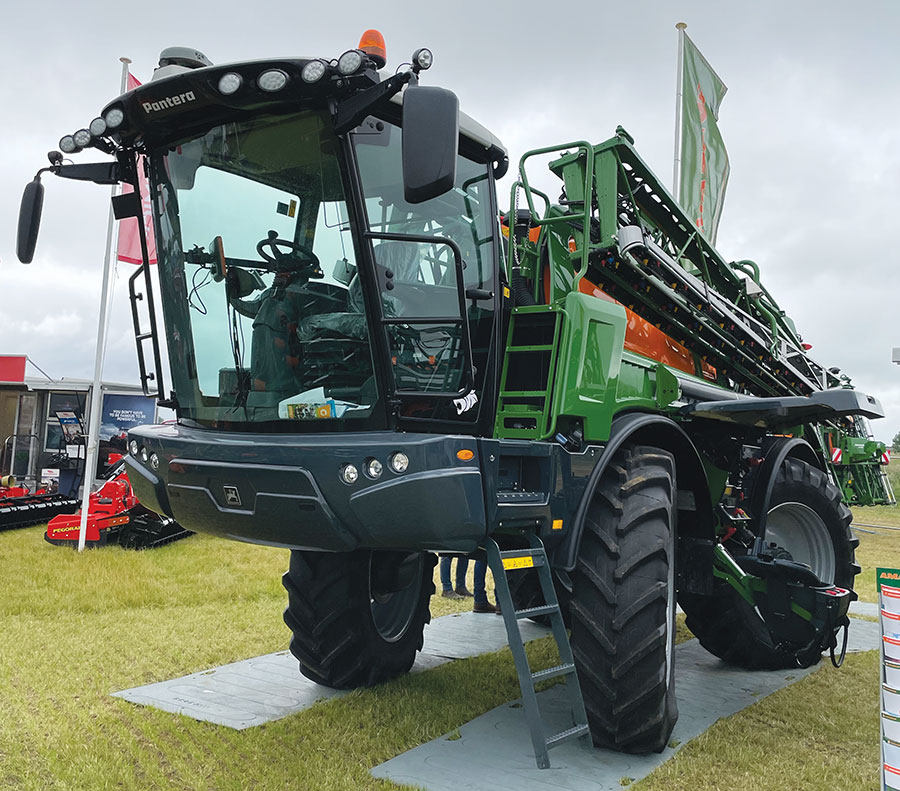 Filling rate is now up to 700 litres/min through the new 60-litre induction hopper.

It has a handy injector nozzle at the bottom, which means operators can load it to the gunnels with salts or powders and it will dissolve them without the need for another rinse. An eight-way selector valve handles all the main functions, and the screen can now be programmed at floor level, rather than just in the cab.

A 60-litre fuel tank expansion has increased capacity to 290 litres, while in the cab the vehicle control screen has been shifted to the armrest from the B-pillar. It is also easier to add third-party guidance systems, as the steering is now part of the Canbus network.

Interested parties could see one on farm for about £275,000.