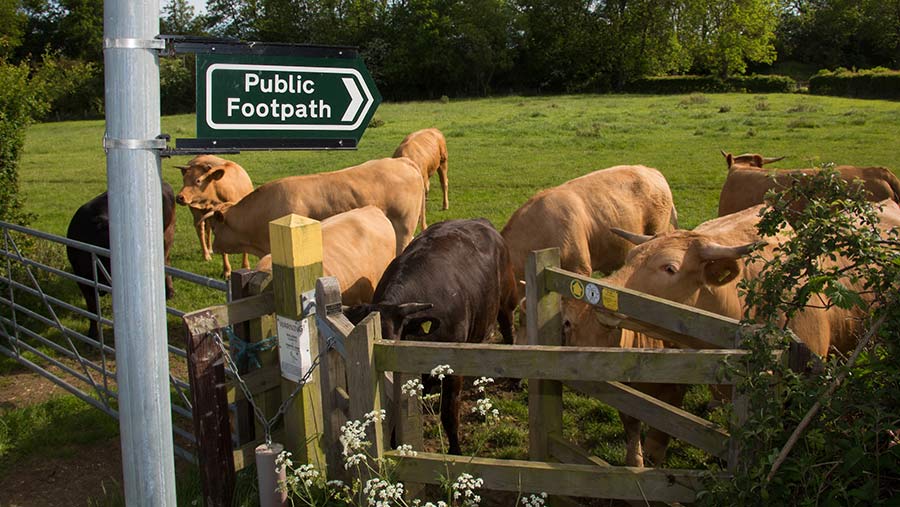 Farmers in England and Wales are being issued with new advice on how to deal with incidents of anti-social behaviour and trespassing as footfall in the countryside keeps rising.

Natural England and Natural Resources Wales have updated guidance in the Countryside Code, this time directed at farmers and land managers.

See also: How to stay safe with cattle as public footfall increases

Some farmers have been counting the cost of higher visitor numbers since the start of the pandemic with incidents of sheep worrying, neospora infection and gates being left open, allowing livestock to roam.

The Code now gives guidance to farmers on how to report anti-social behaviour – criminal damage and threatening behaviour will not be tolerated, it says, and farmers and land managers are advised to contact the police.

Advice on reporting noise disturbance and fly-tipping to the local authority is also included.

But farmers are also reminded of their responsibilities, including keeping rights of way usable, using “friendly language” on signs and the safe use of machinery in public spaces.

It suggests installing self-closing gates instead of stiles, and making sure trees and overhanging branches are stable.

Natural England and Natural Resources Wales have worked alongside stakeholders including the NFU, Health and Safety Executive and the Country Land and Business Association to develop the advice.

The update will be integrated into a wider, long-term behavioural change campaign, which aims to increase responsible recreation and protect green spaces for the future.

Amanda Anderson, director of the Moorland Association, said incidents of anti-social behaviour such as fly-tipping and vandalism had increased recently, causing a disproportionate amount of damage.

“There is even the threat to life from the inappropriate use of BBQs on moorland, which can lead to devastating wildfires,” she said.

“The new guidance recognises these issues and offers constructive advice on how to change unhelpful behaviour and prevent damage to the very thing visitors cherish.”

A livestock farmer who has lost 11 ewe lambs and an unborn calf in dog worrying incidents in the past two weeks says he always reports attacks to the police.

Cameron Farquharson, who has been a driving force behind a campaign to get laws relating to dog attacks changed, was sickened by the latest attack to his animals grazing on Eggardon Hill in Dorset.

“I had to destroy six because their legs had been badly chewed and the dog had got hold of the face of one of them,” said Mr Farquharson.

A pregnant Highland cow was also chased and aborted her calf.

Mr Farquharson estimates total losses to be in the region of £2,000, without taking the value of the calf into account.

The owner of the dog, who was walking it off the lead when it attacked eight of the ewe lambs, has since paid him for that loss.

In the past, Mr Farquharson said he didn’t report attacks to the police because it never led to action, but now he always does, as the updated Countryside Code guidance advises.

“The police came out yesterday,” he told Farmers Weekly. “It is good to report these crimes because the police then get more resources to deal with them.” 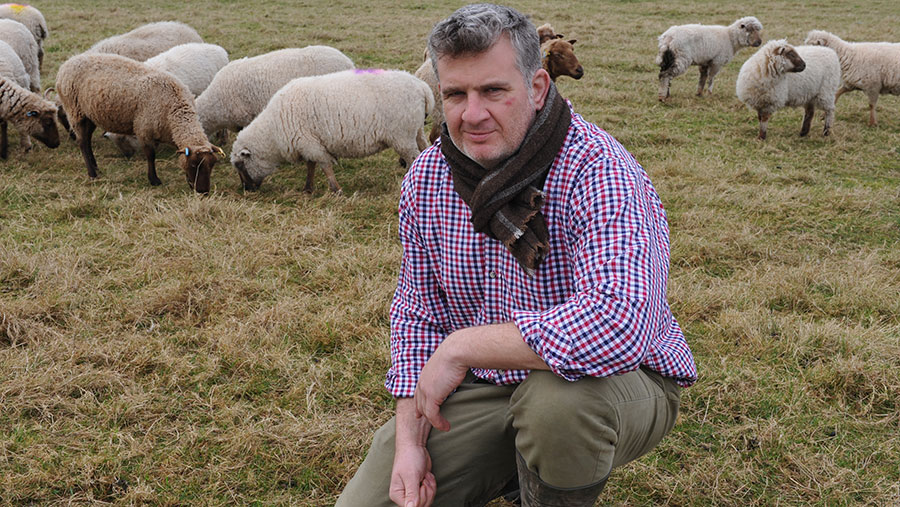