Dramatic before-and-after photographs have been captured on a North Yorkshire farm that was badly flooded during Storm Christoph.

Newton Lodge Farm at Gatenby is bordered by Bedale Beck on the northern boundary and the River Swale at Maunby to the south.

On Wednesday (20 January), the river level rose by 3m in 12 hours and burst its banks, flooding a large section of the 24ha field, which is rented from the Ministry of Defence. 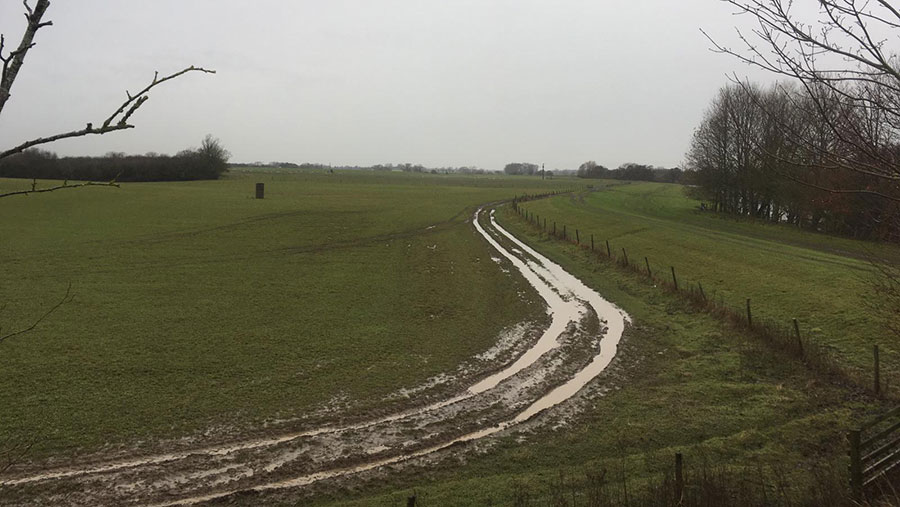 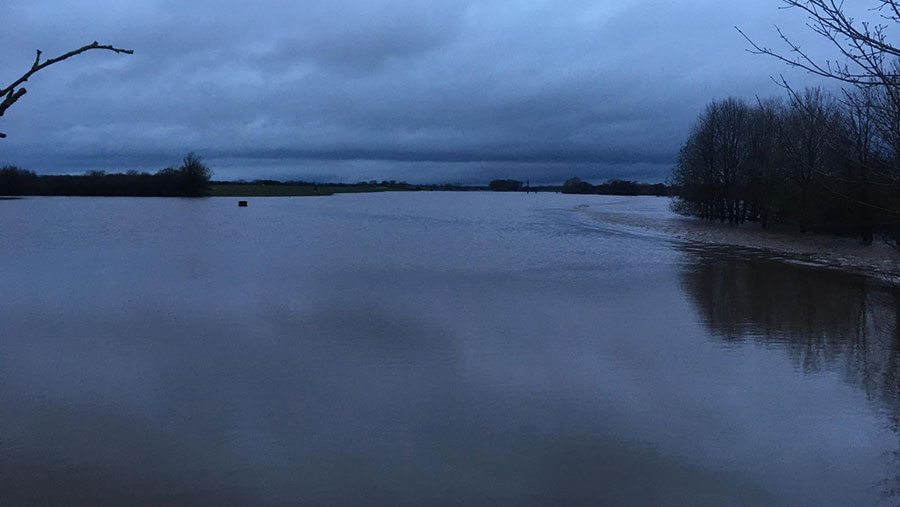 Farmworker Charlie Brampton said he had been monitoring the weather forecast before the storm hit – and he moved 140 ewes to safe higher ground behind an electric fence.

Before the storm, the feeders were also moved to the higher land and filled with two to three days’ worth of feed.

“If you are farming in a low-lying area, you have to take what comes with it,” he said. “It’s part and parcel of farming by a river.”

Mr Brampton, who has been working with farmer Mark Exelby for three years, said the farm flooded last winter, in October, and before Christmas.

“We’re being affected by wetter winters. The ground becomes mushy. It’s hard to get out sometimes and feed the ewes,” he added.

Mr Exelby, who grew up on the organic farm, said it had been flooding on and off since 1986. But it was the increased frequency of flooding in recent years that was concerning.

“It’s the amount of rain that we’re getting constantly,” he said. “The more rain you get, the more wet you get, and the land becomes more unable to carry it.”

But Mr Exelby said he was not sure that dredging the rivers was the solution. “No matter how much you dredge the river, you’re moving the problem further downstream.”

The ewes are outwintered all year, but will be moved to an upland farm, 17 miles away near Nidderdale, for late lambing in May.

People living in these areas were being urged to prepare for the risk of significant flooding into the weekend.

Paul Gundersen, Met Office chief meteorologist, said: “Colder air is now established across the UK as Storm Christoph moves away into the North Sea, and gale-force winds will impact the northeast of the country.”

Provisional figures show Honister, in Cumbria, received 123.8mm of rainfall on Tuesday 19 January, a new daily rainfall record for this winter and 2021. Cleveland, in North Yorkshire, received more than their average January rainfall in just a 48-hour period.

Farmers were being advised by the agency to sign up to flood warnings and check the latest safety advice.

Has your farm been affected by Storm Christoph? Tells us your stories and send your photos/videos to: philip.case@markallengroup.com.