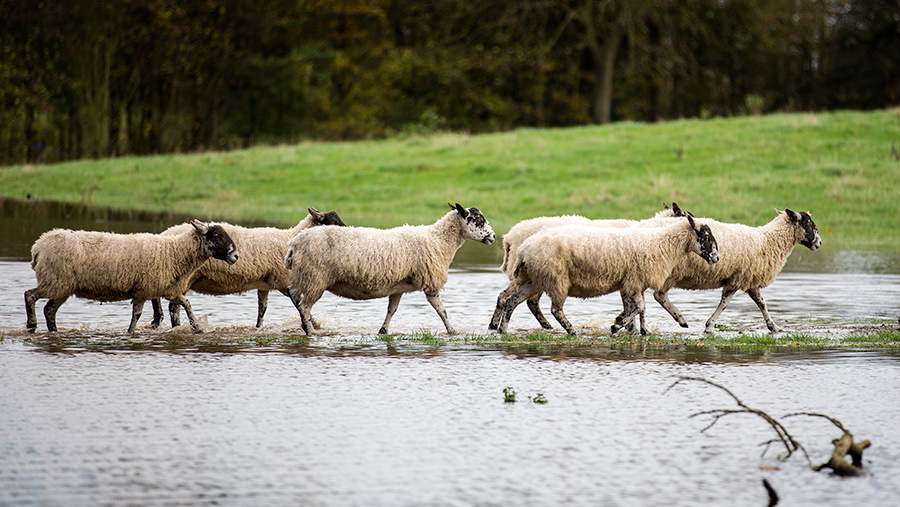 Farmers on the east coast of England are being urged to move livestock amid forecasts of a storm surge that could lead to flooding.

Coastal communities are being warned to be prepared for large waves and possible flooding throughout Friday into Saturday morning.

Counties particularly at risk include Lincolnshire, Norfolk, Suffolk and Essex.

See also: Advice to protect your farm from floods

The morning high tide in Lincolnshire passed without incident on Friday (13 January), but forecasters said the risk would continue for another 24 hours.

Lincolnshire farmers are being warned to move animals and livestock away from the coast in an affected flood area from Donna Nook down to Gibraltar Point.

Livestock should be moved further inland away from the flood risk area if possible, said Lincolnshire County Council.

Where animals couldn’t be moved, livestock pens should be deep-bedded to above 0.5m to increase the height of livestock away from water. 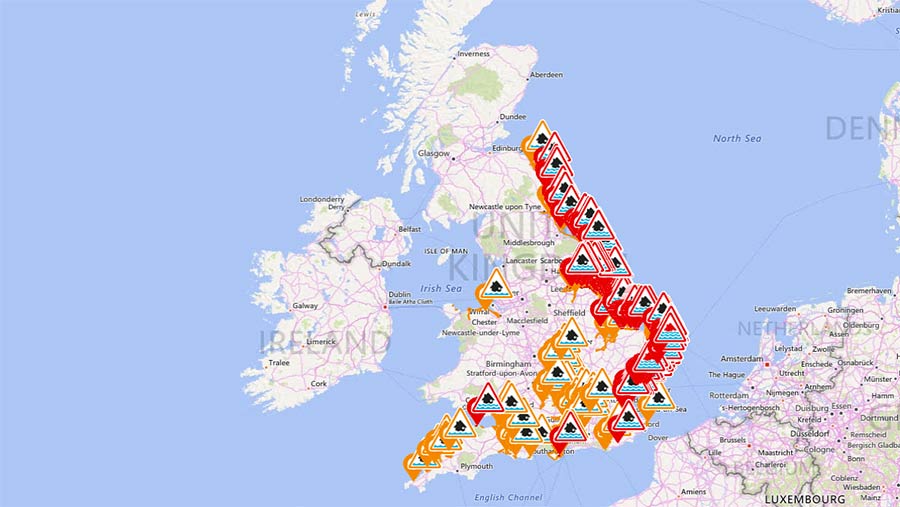 The agency is also urging people to check their flood risk on Gov.uk and to take extreme care near the coast, avoiding walking along coastal paths.

“We understand that powerful tides can be dramatic, but please do not put yourself at unnecessary risk by going to the coast for a thrill or to take pictures.

“We are prepared to take action wherever it is needed. We have moved resources and equipment to the coast and the army is on standby to assist if needed.”