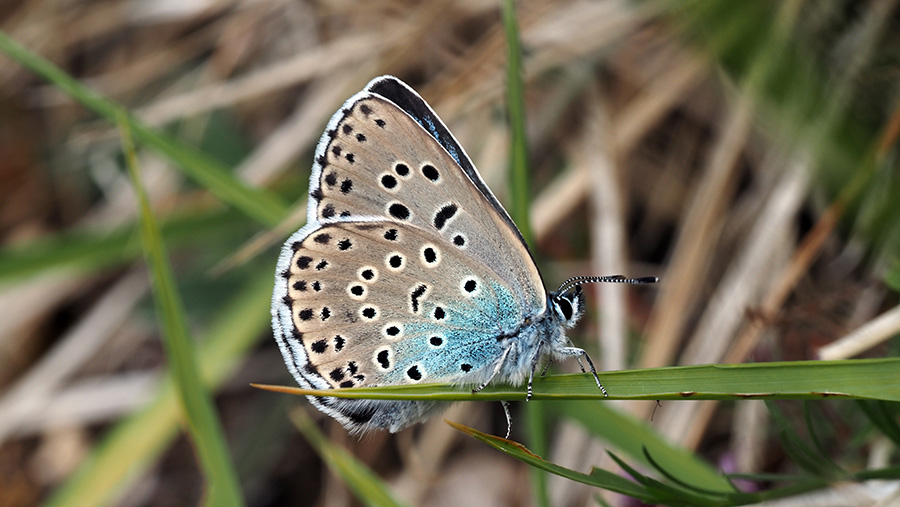 A rare butterfly has been successfully reintroduced into the English countryside after Natural England and partners created the ideal habitat using cows grazing meadows.

The globally endangered large blue butterfly has been successfully reintroduced at Rodborough Common in Gloucestershire in efforts to halt the worldwide decline of this special insect.

With its wingspan of more than two inches, the large blue is the largest and rarest of all nine British blue butterflies. It was last recorded at Minchinhampton and Rodborough Common 150 years ago and was declared extinct in Britain in 1979.

Conservationists created the right conditions for the butterfly’s survival, including the introduction of an innovative grazing regime and programme of scrub control.

Small, temporary grazing areas were created by using electric fences. This allowed cows, including Luing, Hereford and Longhorn cattle, to graze some of the slopes that were traditionally less attractive to the free-roaming cattle throughout the year.

This combination provided the right conditions for the Myrmica sabuleti ant, which is vital for the butterfly’s success, as well as encouraging growth of wild thyme and marjoram where the butterfly likes to lay its eggs. They are also the main source of food for the caterpillars. 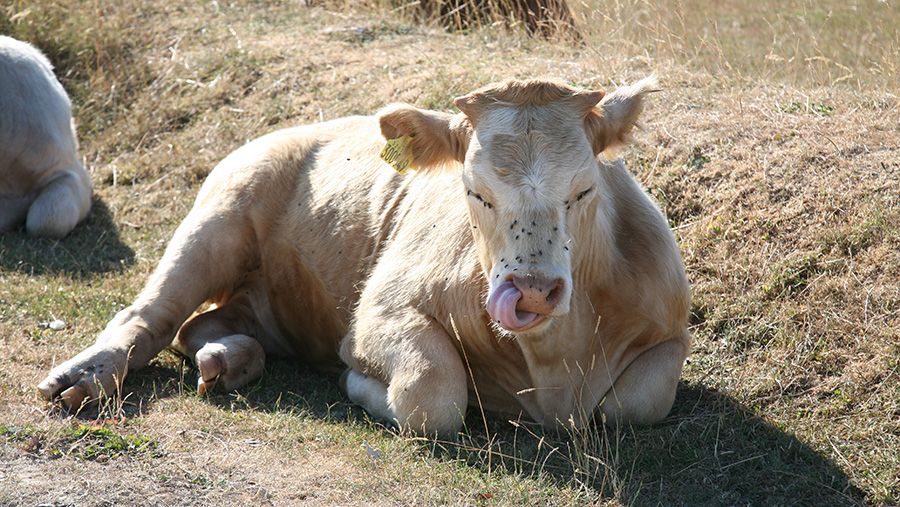 Once a common sight

Richard Evans, area ranger for the commons, explained: “Large blues were once a common sight on the commons, but some of the grassy slopes had become overgrown, which had a severe impact on the red ant’s habitat.

“The long grass and scrub had caused the soil to cool, which made it difficult for the ants to survive. As the ant population dwindled in the late 19th century, so did the numbers of large blues.

“Creating the right conditions for this globally endangered butterfly to not only survive but to hopefully thrive has been the culmination of many years’ work. None of this would have been possible without the combined efforts of conservationists and the local graziers.

“One of the greatest legacies of the reintroduction is the power of working together to reverse the decline of threatened species and the benefit the habitat improvements will have for other plants, insects, birds and bats on the commons.”

The project marks the largest ever reintroduction of large blues in the UK, with 1,100 larvae released on the 351ha site last August after five years of prepping the commons for their return. An estimated 750 butterflies successfully emerged on the site over the summer.

Livestock grazing for wildlife conservation could feature as an option in the UK government’s new post-Brexit Environmental Land Management scheme where farmers will be paid “public money for delivering public goods”.