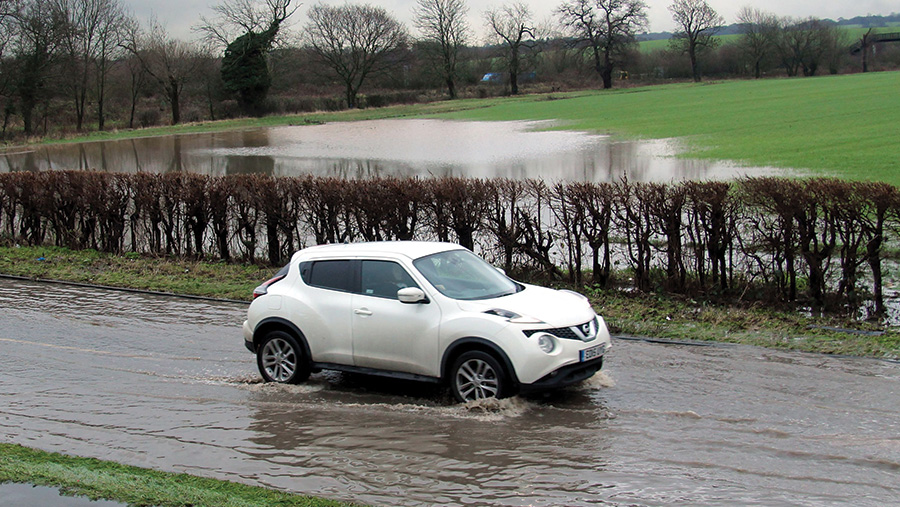 Details are emerging of government plans to pay farmers who adopt flood mitigation measures that save towns and villages from rising water.

But industry leaders have warned that any proposals must acknowledge that the primary role of agriculture is to produce food.

Although in its early stages, Defra’s 25-year plan for the environment will examine ways of encouraging farmers to join forces across whole water catchment areas by better bringing together countryside stewardship, flood protection and other environmental spending.

See also: Advice to help protect your farm during flooding

Defra secretary Liz Truss told Farmers Weekly the government was also keen to see “much more integration” between Defra agencies – including Natural England, the Environment Agency and organisations such as the Rural Payments Agency.

“That will make it easier for farmer groups to get together and do things that help alleviate floods, but also encourage wildlife and nature,” she said. “What I want to do is make this approach business as usual.”

Farm leaders and environmentalists agree that flood mitigation measures should be introduced on a catchment-wide basis rather than farm by farm.

What measures to use?

But there is debate over how this should be achieved – whether by dredging, allowing farmland to flood, or by other measures.

Much attention has focused on a project which saw the Yorkshire town of Pickering remain dry this winter while other settlements flooded.

Rejecting plans for a £20m flood wall, Pickering planted 29ha of woodland and dozens of “leaky dams” to slow the flow of water upstream from the town.

Defra told Farmers Weekly a special committee would consider catchment management and upstream solutions to flooding – learning from projects such as Pickering so similar schemes could be introduced elsewhere.

The Natural Capital Committee is being led by Oxford academic Dieter Helm, an economist specialising in utilities, infrastructure, regulation and the environment. Professor Helm was reappointed chairman of the committee last month.

A paper published by Prof Helm on 5 January says farming practices in the upper reaches of river catchments are especially important in determining flood risk.

Upland agriculture is also among the most highly subsidised forms of farming yet has some of the lowest yields, it adds.

Adapting upland farming practices to hold water would thus have the highest benefit in reducing flood risk and be the least costly in terms of lost agricultural output, says the paper, which suggests redirecting some subsidies to help achieve this.

Farm leaders are willing to consider various measures, so long as they are properly researched science-based. The NFU said it was important that farmers were properly compensated.

NFU policy director Andrew Clark said: “Farming has a role to play in managing the impact of floods but we must remember that farmers need to protect their businesses and produce food for us all to eat.

“As we have seen, many farmers’ farmland has flooded. This has been unplanned and unrewarded.

“In some situations, flooding farmland offers a solution to flooding elsewhere but it must be planned and it must go hand-in-hand with producing food.”

Colin Rayner, whose Berkshire farm was flooded in spring 2014

“Paying farmers to flood land is another stupid idea by people who don’t understand the countryside – or how rivers and drains work. We are the only country in the world that believes dredging doesn’t work and that maintaining watercourses destroys the environment.

“We have suffered some of the worst flooding in the UK over the past three years, yet you don’t see the same thing happening in places like Holland.

“The difference is that Holland maintains its flood defences and its watercourses properly – and we don’t.”

James Winslade, whose Somerset farm was flooded in winter 2014-15

“We are a lowland farm and I am concerned it would be too late for us to store water by the time it reaches us.

“What we need are more flood schemes higher up the catchment that can cope with water – and use us as a last resort.

“If we can slow the water down higher up, it could alleviate flooding further downstream. We can’t cope and the rivers can’t cope either.

“They coped a lot more after they were dredged but they need to do a lot more of it – and pay the boys on the hills rather than storing water here.”