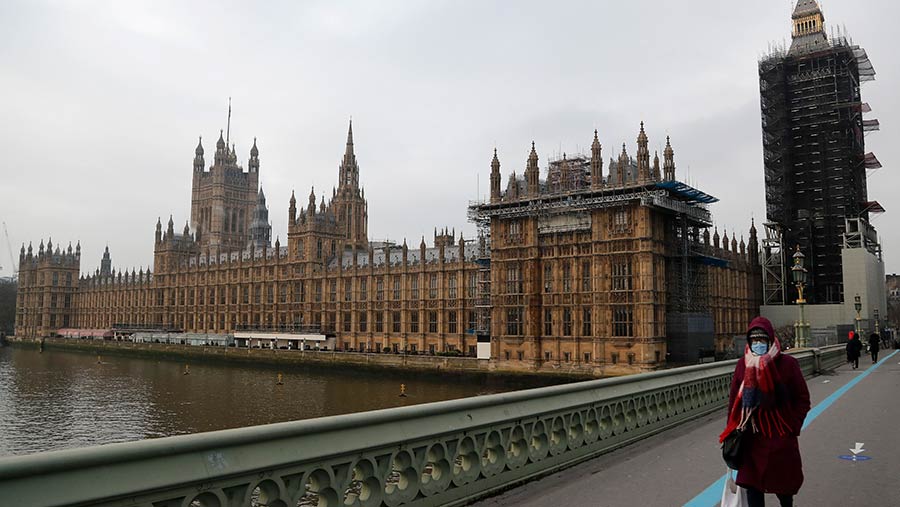 Piecemeal funding and a lack of Defra clout are among the reasons for slow progress towards the government’s environmental ambitions, says an influential committee of MPs.

The government insists it is committed to a greener future – including introducing new ways to reward farmers for protecting the environment.

This includes the forthcoming Environmental Land Management (ELM) scheme, which is the cornerstone of Defra’s post-Brexit agricultural policy for England.

But the Public Accounts Committee says progress has been disappointing in the nine years since the government set out its ambition to improve the natural environment within a generation.

The complexity of environmental issues “is not a good enough excuse” for serious delays in tackling issues such as air quality, water quality and wildlife loss, it says.

Set out in 2018, the government’s 25 Year Environment Plan claimed again to set out how it would improve the environment “within a generation”.

But the committee says it lacks a coherent set of long-term objectives or interim milestones.

At the same time, Defra does not have “the clout to lead the rest of government”, hold other departments to account or manage trade-offs between policy areas, the committee says.

The government still does not understand the total costs of delivering its environmental goals, funding is piecemeal, and spending decisions fail to take into account environmental impacts, it adds.

It is not clear how much of an additional total £1bn promised to Defra in the 2020 Spending Review is genuinely new money – it is known to include previously announced increases in flood defence spending spread over the next five years.

Committee chairwoman Meg Hillier said there was no sign of promised improvements to air and water quality – much less a serious plan to halt environmental destruction.

“Government must move on from aspirational words and start taking the hard decisions across a wide range of policy areas required to deliver real results – time is running out,” she said.

In response, a Defra spokesman said: “We are determined to leave the natural environment in a better state than we inherited it.

“This government has made significant progress in protecting the natural environment, improving biodiversity, and combating climate change.”

He said the government was ambitious in its determination to “build back greener” from the coronavirus pandemic through a range of actions.

This included securing royal assent for the Environment Bill, which would enshrine in law environmental targets for air quality, water, and biodiversity.