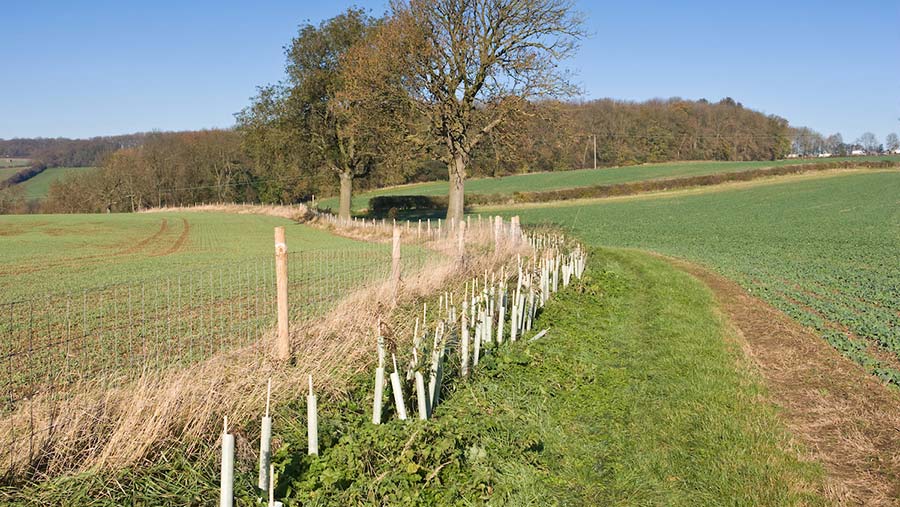 Farmers should be rewarded for improving the natural environment as the UK strives to meet climate change targets, says an expert committee.

The Committee on Climate Change said the recommendation was needed for the UK to meet its legally binding emissions targets.

See also: Is climate change affecting you and your farm?

The government’s Agriculture Bill, which is currently stalled in parliament, will lead to a new payment system for farmers after the UK leaves the European Union.

It adds: “The draft Environment Bill also needs to set a framework for environmental targets that take climate change into account.”

Rewarding farmers for helping to mitigate the impact of climate change is just one recommendation for the UK to meet net-zero emissions by 2050.

Others include embedding net-zero policy across all levels and departments of government at Westminster and across the devolved administrations.

Further priorities for agriculture for the coming year include reducing greenhouse gas emissions and planting more than 30,000ha of trees, says the report.

UK action to curb greenhouse gas emissions is lagging far behind what is needed, even to meet previous, less stringent, emissions targets, warns the report.

Over the past year, the government has delivered just one of 25 critical policies that are needed to get emissions reductions back on track.

The UK is the first major economy to set a net-zero emissions target and is preparing to host world leaders at next year’s COP26 climate conference.

Committee chairman Lord Deben said: “These are historic steps forward and position the UK at the forefront of the global, low-carbon transition.”

“But international ambition does not deliver domestic action. It is time for the government to show it takes its responsibilities seriously.

The NFU has a more ambitious target for the industry.

It is urging the government to provide effective incentives to help farmers reach net zero for agriculture by 2040 – a full decade sooner than the national target.

“This does not need to impact net farm income, and certainly doesn’t mean downsizing production or exporting our production abroad,” she said.

“Instead, we need to implement a portfolio of methods to improve our production efficiency, capture more carbon on farmland and boost our production of bioenergy and land-based renewables.

“Effective incentives are going to be vital in each of these areas,” Ms Batters said.