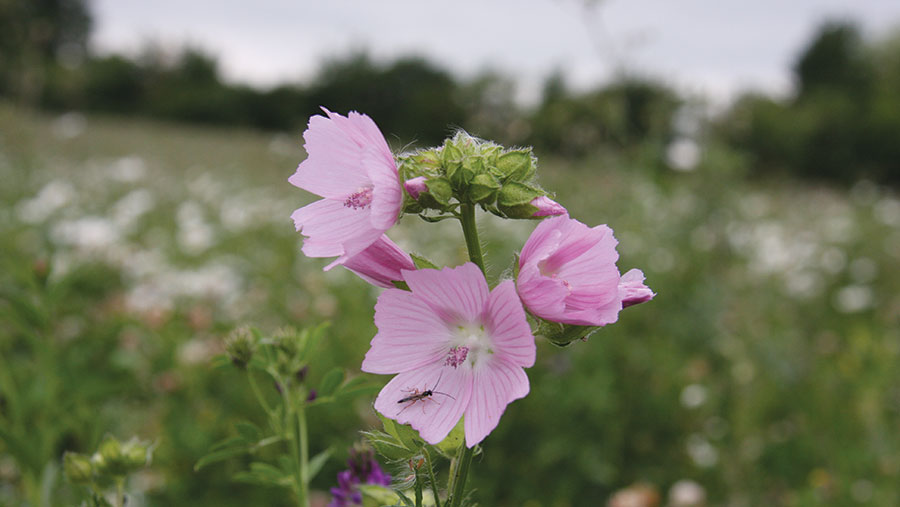 A pioneering scheme that gives farmers flexibility to create their own environmental plan tailored for their land is achieving fantastic results for local wildlife, say industry leaders.

Natural England in partnership with the Yorkshire Dales National Park Authority (YDNPA) published the first major assessment of the “payment by results” (PBR) pilot on 9 October, which they say has considerable potential to form the basis of the future Environmental Land Management scheme (ELMs) after Brexit.

The three-year trial started in January 2016 and ran until December 2018, funded by the European Union.

In August 2018, former Defra secretary Michael Gove announced the pilot would be extended until March 2021 to learn further lessons to help shape future environmental policy – making it the first agri-environment scheme to be solely funded by the UK government.

Current agri-environment schemes are often criticised for being too prescriptive and a “one-size-fits-all” policy that pays a flat rate for actions instead of outcomes achieved.

However, the 34 farmers participating in this pilot – consisting of 19 grassland and 15 arable – have the freedom to choose how they manage their land to enhance their local environment. The live agreements cover 230ha of land.

Rather than being paid a fixed rate for actions taken, the level of payments is directly linked to the environmental outcomes achieved on farm. In short, the more targeted species they encourage on their farms, the more money they will receive.

The project is being led by Natural England and the Yorkshire Dales National Park Authority, which together design and implement the scheme and develop ways of measuring results for the four management options. This includes how best to monitor control sites and analyse results. 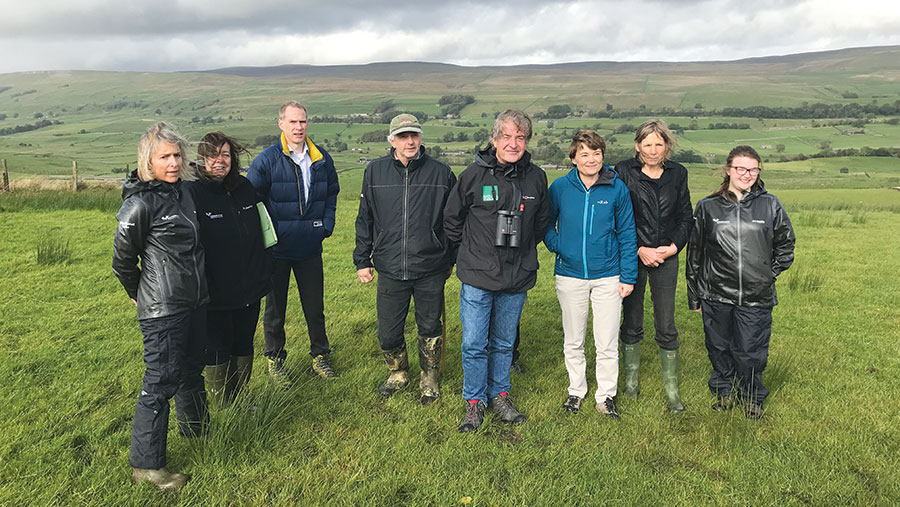 How the pilots work 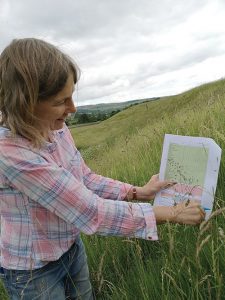 The pilots, known as results-based agri-environment payment schemes (RBAPS), are in place across two upland grassland areas in Wensleydale within the Yorkshire Dales National Park and  arable conservation plots in Norfolk and Suffolk.

Within each area, targeted environmental objectives were set and farmers were supplied with advice and training by the project partners.

In Yorkshire, farmers are focused on managing species-rich hay meadows and habitats for breeding waders. Meanwhile, farmers in Norfolk and Suffolk are trialling planting nectar lots for bees and other pollinators and the provision of winter bird food.

Farmers were invited to attend workshops and training events to discuss results criteria. The importance of training was highlighted, including peer-to-peer and online feedback.

However, the onus is on the farmer to seek advice and improve their skills and knowledge to enable them to deliver the results.

The results-based approach adopts a variable payment linked to the quality of the biodiversity results, which are assessed by a scoring system for results indicators.

The payment structure adopted equally spaced payment rates, based on five tiers (grassland pilot) or six and 10 tiers for the two arable objectives, which also include a zero payment.

Payments are linked to delivering a good mix of species on the ground, with the specific aim of delivering the highest possible score (and therefore payment).

For example, surveys of pollen and nectar plots are carried out using a quadrat – a square of a set size placed in a particular habitat. Scores are based on the number of specified flowering plant species present and in the second year after establishment, the percentage cover of specified species.

The report authors have published a table of comparison between RBAPS and equivalent Countryside Stewardship (CS) payments.

For the species-rich hay meadow objective, average RBAPS payments were 183/ha and £210/ha for year one and two, respectively. This compares with £182/ha for the CS equivalent (GS6 Management of species-rich grassland).

However, the pilot sites were said to be less species rich than the best sites in the area, which would be expected to secure payments near the top of the range (£371).

For the arable RBAPS, the payments for both outcomes – pollen and nectar mixes and winter bird food – were 20-40% higher than the equivalent mainstream scheme.

There are six tiers for the provision of winter bird food objective, ranging from £0-842. Average payments were £766 and £789 for year one and two, respectively. This compares with £640/ha for the CS equivalent (AB9 Winter bird food). 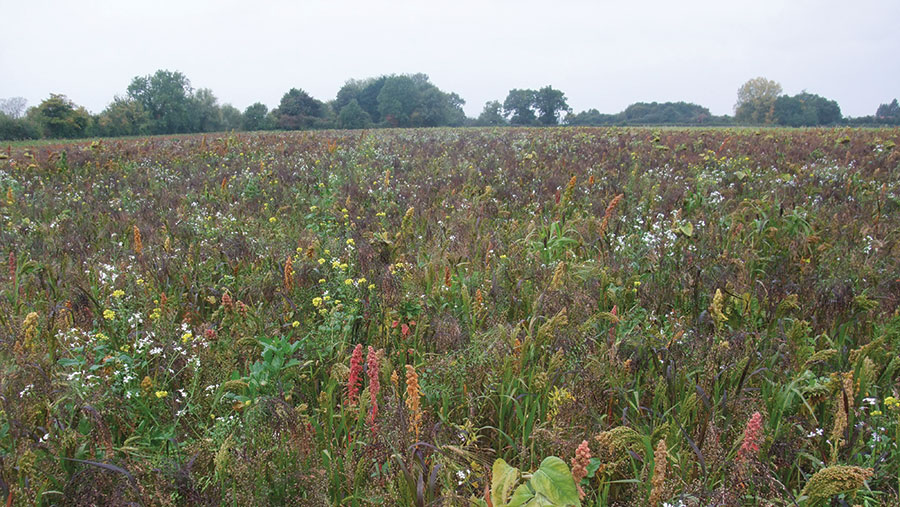 What the results showed

Farmers recorded a 43% increased score for number and diversity of seed-bearing plants compared with nearby control sites under conventional funding schemes – providing a rich food source area for farmland birds during the winter months.

The trial areas for species-rich meadows also recorded a greater number of important plant species, such as pignut and eyebright, benefitting bumblebees, butterflies and birds.

Defra said farmers also reported that they were more motivated to manage their land in a way that enhances the environment.

Tony Juniper, chairman of Natural England, who also visited the Wensleydale pilot site last week, said the report showed farmers can achieve really positive results for wildlife if they are given the right support.

Speaking during the visit, Mr Juniper said: “We have been working with farmers to find out whether schemes that could use payments by results incentives for nature conservation could work in practice.

“The more flowers, the more birds, the better quality of the habitat, the more people will be paid.

“It’s a trial, but what I’ve seen today is really inspiring, really encouraging and I’m hoping we can roll out the positive conclusions we’ve found here across the country in the new Environmental Land Management scheme.”

Industry leaders have welcomed the results of the pilot, but there are some caveats.

NFU regional environment adviser James Copeland visited the scheme in Wensleydale last year and then delivered his verdict in a blog published on the union’s website.

“For all those involved, the success of the pilot has been such that the unanimous wish was to put all land – including that within existing schemes – into PBR [payment by results],” he said.

“That said, as a new and very different concept, implementation was challenging for all parties.”

Mr Copeland said farmers enrolled on the scheme encountered a big resource challenge and, for some, a steep learning curve to deliver the management, their own assessment and scoring.

He added: “The weather also had the potential to affect results. This was important, as payments can go down as well as up, depending on the results achieved.”

It was therefore not surprising that farmers have stressed the importance of training.

The NFU said its members had discussed the possibility of a hybrid approach, whereby scheme participants adopt a combination of prescriptive elements that most would be familiar with, alongside an element of PBR.

Alastair Leake, director of policy at the Game and Wildlife Conservation Trust (GWCT), was also enthused by the results.

He said: “This report shows what we already know, but what many people forget. Farmers live in the countryside and delight in the beauty of nature which surrounds them, but they also have to make a living.

“Given the right encouragement, of course they choose to surround themselves and their workplace with the wonders of nature – something we all then benefit from.”

Norfolk grower Andy Thornton, who farms at Shropsham, Attleborough, believes the formation of farmer cluster groups could be key to making the new scheme work.

Mr Thornton says getting together with other farmers and learning from each other has been a real bonus of the pilot, which has also brought an element of competitiveness.

He concedes that there is an element of risk around the payment, but this is no different to the risks farmers take when growing all combinable crops.

Mr Thornton thinks Defra needs to give more thought to how self-assessment would work nationally. But he thinks cluster groups could provide support, training and monitoring of plots/options so that farmers police each other, which is then overseen by a Natural England adviser.

Mr Thornton is growing wild bird seed and pollen and nectar mixes. This year, he has been experimenting with irrigation of plots and different seed combinations. It has changed his attitude towards the farm.

For example, after seeing yellowhammers feeding on a neighbour’s plot, he put more millet in the wild bird seed mix to feed birds, especially in the “hungry gap” at the end of winter.