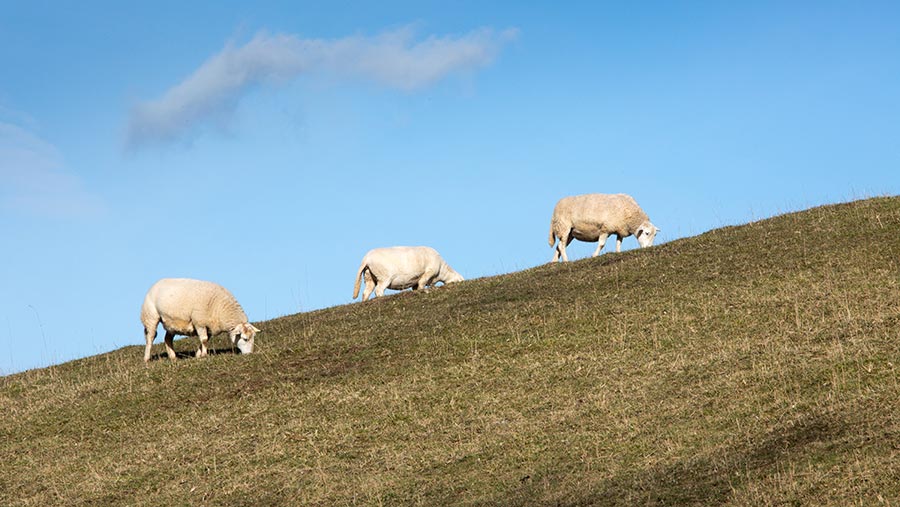 More than eight in 10 farmers are worried that Brexit will force up input costs – with many concerned about a fall in livestock values too.

Some 84% of farmers are concerned about rising input prices, with significant worries about the impact of a no-deal Brexit on sheepmeat exports.

The confidence survey was carried out by Copa-Cogeca, the umbrella organisation which represents European farmers’ organisations, including the NFU.

With Brexit looming, Copa-Cogeca said uncertainty was weighing heavily on business decisions made by UK farmers.

“They are particularly concerned about issues surrounding exports to the EU and the future of the livestock sector,” it warned.

Brexit was also affecting UK farm investment, with 21% of farmers planning to pump less money into their business and only 9% planning an increase.

Sheep farmers are especially worried about the damage that a no-deal Brexit could inflict on lamb prices.

The UK Livestock Brexit Group, which represents organisations from across the livestock sector, said the UK was inadequately prepared to avoid serious trade disruption.

Group chairman Chris Dodds, of the Livestock Auctioneers Association, said: “It is extremely concerning and the industry desperately needs answers.’’

Large tariffs imposed in the event of a no-deal Brexit would mean a loss of market share or a huge downturn in farmgate prices, pushing an already vulnerable sector into rapid decline.

The sheep sector was particularly vulnerable because British lamb sales were highly dependent on the French export market, the group warned.

With little more than two months until Brexit day on 29 March, Phil Stocker of the National Sheep Association said it was “very sobering to discover how much still needs doing”.

He added: “For trade to continue, new processes and systems need to be put in place and it is difficult to see that they are going to be ready in time.

“Sadly, we are now into contingency and crisis planning, even though we have been raising these issues for some time.”