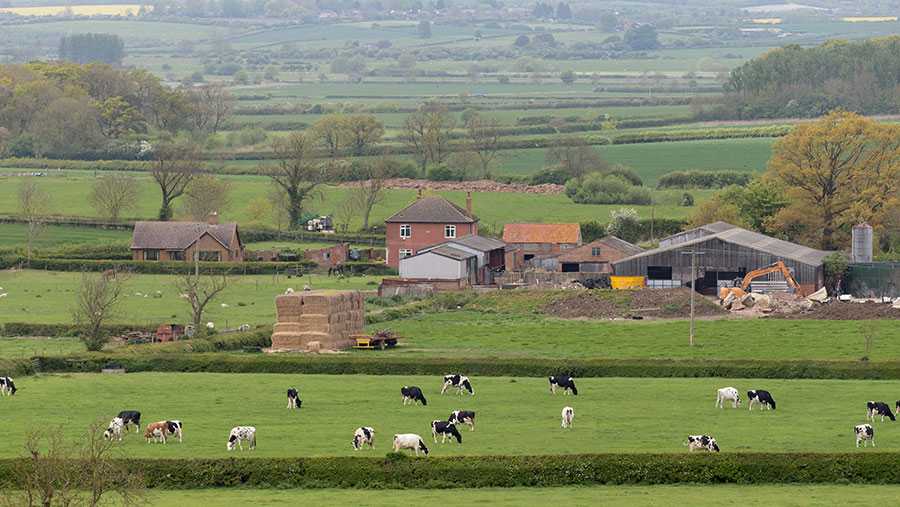 The Agriculture Bill, which sets out the government’s Brexit plans to pay farmers public money for delivering environmental services, may be set to fall.

The bill was last debated in the House of Commons on 20 November 2018, when it finished its progress through the committee stage.

But its progress through the Commons has been delayed, mainly due to other pressing parliamentary business, and the government’s focus on planning for a no-deal Brexit.

See also: Plan to abolish farm subsidies could be delayed

Prime minister Boris Johnson’s decision this week to prorogue parliament for five weeks has prompted fears that the bill will fall.

This was further exacerbated on Tuesday evening (3 September), when Mr Johnson’s Conservative government was defeated in a crucial no-deal Brexit vote, raising the prospects of a general election on 15 October.

If the government decides not to carry over the Agriculture Bill, it would look to reintroduce the bill in the next parliamentary session. The details would be set out in the Queen’s Speech on 14 October.

A Defra source told Farmers Weekly that there is a reluctance among Conservative party whips to table a carry-over motion (for the bill to be carried over to the next session), as it would be amendable and there is potential for opposition MPs to exploit this.

“If prime minister Boris Johnson calls an election, there is the likelihood that the bill falls anyway,” added the source.

Jill Rutter, programme director for the Institute for Government, said: “The Agriculture Bill has been completely missing in action for months.

“The government was quite reluctant to bring it back anyway because of the number of amendments attached to it.

“I think it is quite possible that it will fall. It will fall anyway if there is a general election. They would have to go back to the start.”

But Ms Rutter said there were no indications that Defra was seeking to make significant changes to its post-Brexit farm policy plans, which include phasing out direct payments over a seven-year period and introducing a new Environmental Land Management scheme (ELMs), which would pay farmers “public money for delivering public goods”.

“Defra is clearly working on the basis that most of the Michael Gove policies would carry on,” she added.

“George Eustice is back as a Defra minister. He was working in the department for most of the time when Michael Gove was developing the new farm payments scheme. That would be another sign of continuity.”

Vicki Hird,  food and farming policy adviser from the charity Sustain, said: “If this bill falls, that is a huge setback for farmers and the environment.

“We must see a new one tabled swiftly in the new parliamentary session, with a renewed commitment to supporting farmers well for delivering public goods, tackling public health and animal welfare issues and to making the supply chain transparent and fairer.”

There are similar concerns that the Trade Bill and Fisheries Bill could also fall amid the Brexit chaos.

A Defra spokesperson said: “We are committed to championing our farming sector and ensuring we seize the opportunities offered by Brexit. We will make sure that Brexit works for farmers across the whole of the UK.

“Our ambitions plans for a new land management system will unlock potential for farmers and land managers based on the principles of public money for the provision of public goods.”

Meanwhile, Defra secretary Theresa Villiers and Defra permanent secretary Tamara Finkelstein were due to appear before the Environment, Food and Rural Affairs (Efra) Commons select committee on Wednesday (4 September). But this been postponed.

MPs on the Efra committee were due to question the Defra leaders about the government’s plans for emergency support to farmers in the event of a no-deal Brexit, and the impact on the price and availability of food.