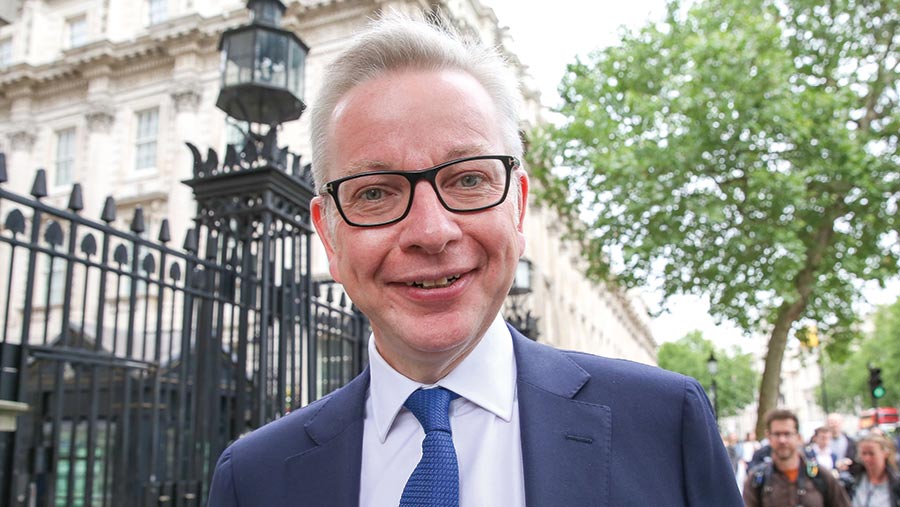 Plans to abolish subsidy payments to farmers in England could be delayed by a year because of  continued uncertainty over the UK’s exit from the EU.

The government wants to phase out direct support to farmers over a seven-year period beginning in 2021. In their place, Defra secretary Michael Gove wants to phase in a new support system largely based on rewarding farmers for undertaking environmental work.

But lack of progress on Brexit means the government’s Agriculture Bill, which outlines the transition to the new scheme, has been stalled in parliament since last November – with little prospect of any renewed progress until this autumn at the earliest.

The issue was raised by NFU president Minette Batters ahead of a speech by Mr Gove at a parliamentary reception hosted by the NFU at the House of Commons on Monday (8 July). By this autumn, the government would be “a year behind time”, she said.

Ms Batters said: “These are unprecedented times of uncertainty and with no-deal such a live prospect, we will be looking to probably call for a delay in agricultural transition until we have more certainty around the road that we are on.”

Bearing in mind the commitment to working within a UK-wide framework, it would be “extremely dangerous” to phase out direct payments to farmers in England faster than in Scotland, Wales and Northern Ireland, Ms Batters said.

Asked by Farmers Weekly whether the transition period would be delayed, Mr Gove said it was his view that the sooner the Agriculture Bill was on the statute books the better – but that progress was in the hands of parliament.

Mr Gove said: “We can’t ignore the fact that time has elapsed since then so we are actively talking… about how we can make sure that we have all the benefits of the agricultural transition without leaving people uncertain about the direction of travel we want to take.”

With farmers well into making cropping decisions for next year, the NFU has already called for clarity on arrangements for the 2020 Basic Payment Scheme – warning of ongoing confusion over how the Brexit delay will affect government plans to alter the system.

These developments follow a National Audit Office report which criticised Defra’s lack of necessary guidance “to enable farmers to plan how to adapt their businesses” in preparation for the new environment scheme.

Responding to that report, chartered surveyor Laura Carrick, of Vickers & Barrass, said there was a critical and urgent need for details about any post-Brexit support package so farmers could continue to manage viable agricultural businesses.

“It’s not yet known specifically what outcomes Defra intends to reward and, at this stage, the picture of how the system will work in practice is incomplete,” Ms Carrick said. “Consequently, farmers have very little time to prepare.”

Predictability was key for farming businesses which operated on multi-year planning cycles, she added. Understanding this was critical – especially as the farming sector had been affected by Defra’s previous difficulties in introducing change successfully.

Ms Carrick said: “The scale of the change Defra is now taking on is much greater. So, following previous difficulties adjusting to a new system in the implementation of the Basic Payment Scheme, it’s not surprising that there is concern.”