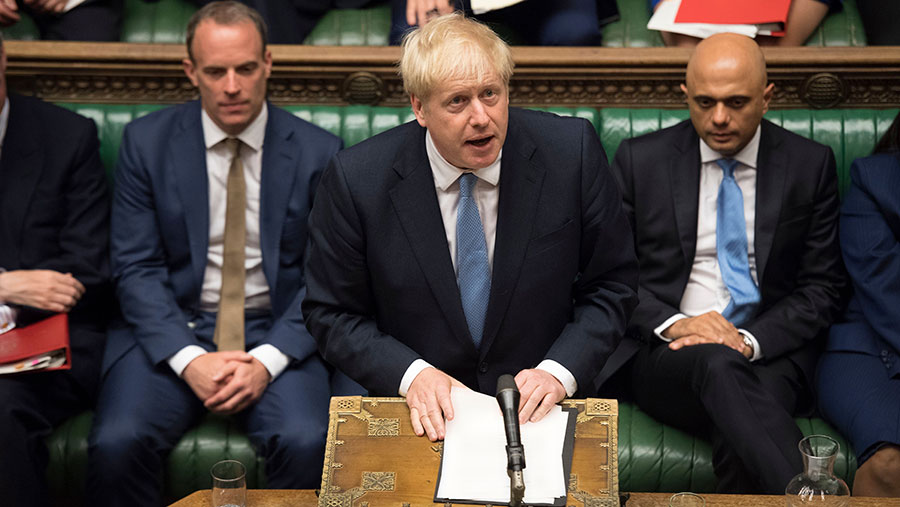 Boris Johnson’s backing for biotechnology has reignited the war of words between pro- and anti-genetic modification campaigners.

During his first speech as prime minister, Mr Johnson pledged to ditch the EU’s stance on GMs and gene-editing.

“Let’s liberate the UK’s extraordinary bioscience sector from anti-GM rules. Let’s develop the blight-resistant crops that will feed the world,” he said.

His sentiments chimed with pro-GM groups that blame the EU’s precautionary approach to GM approvals for stifling the technology’s development.

To date, just one GM crop is grown inside Europe – Monsanto’s MON810 maize – and even this is unilaterally banned by several member states.

Last year many science bodies also rallied against an EU decision to include the more recent technology of gene-editing (GE) under the same rules that govern GM use.

Gene-, or genome-editing, is promoted as a less-controversial approach because, unlike GM techniques, it does not manipulate DNA across different species.

However, its inclusion under GM rules means it too faces lengthy procedures and hurdles before it can be commercialised.

The restrictions and subsequent lack of progress for both GM and GE techniques had reduced the audible arguments between the polarised pro- and anti-camps.

Now though, Mr Johnson’s speech has sparked a quick response from both sides.

Rothamsted chief executive Achim Dobermann said: “We welcome the prospect of a more pragmatic approach to the risk assessment of genetically engineered crops, which have already been widely grown around the world – including in Europe for a generation.

“What we need in the UK is a more straightforward process for the regulation of genetically engineered crops that meets the highest standards in terms of safety, as well as productivity, nutritional value and environmental impact.”

Prof Dobermann added: “There is also a requirement for better legislation on genome-editing that, firstly, distinguishes it from other GM technologies, and is differentiated in terms of where it is being applied – whether it’s crops, microbes, animals or human medicine.”

But the PM’s backing was quickly countered by organic farming body the Soil Association.

The organisation’s head of food and health policy, Rob Percival, said the PM’s pledge was GM bluster and a distraction.

“The government’s priority should be supporting a shift to more environmentally friendly farming practices and putting farmers in the driving seat of sustainable innovation,” Mr Percival said.

“This will help tackle the climate and wildlife emergencies we are facing, instead of looking to risky technologies and chemicals as a sticking plaster for the symptoms of those crises.”

“Of course, [Mr] Johnson is deluded. GM hasn’t yet produced blight-resistant crops, while conventional breeding has,” a GMWatch campaigner said.

“But he could easily cause massive damage to our health and environment by allowing GMs into our food and fields,” the campaigner added.