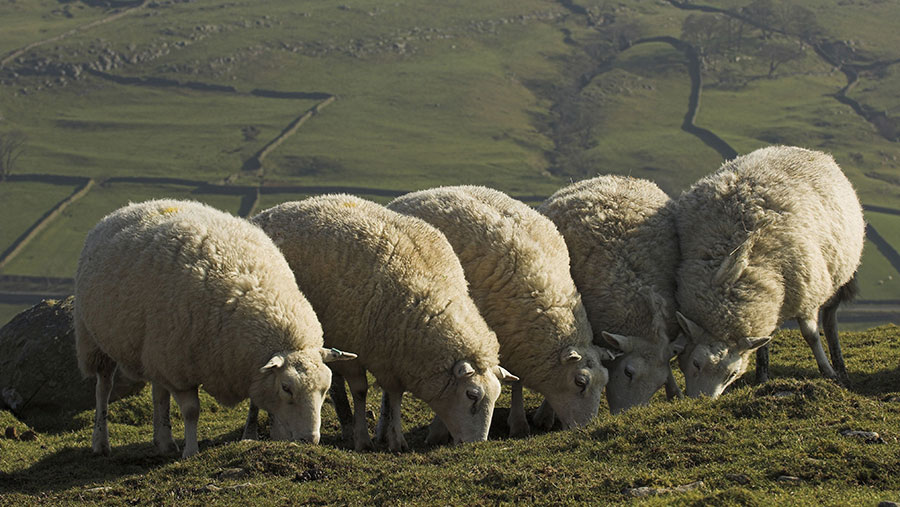 Welsh farmers have called for “refreshed thinking” on future food and farming policy after the coronavirus pandemic exposed the UK to acute food shortages.

Empty supermarket shelves across Wales and elsewhere in the run-up to and during the early weeks of lockdown in late March exposed the fragility and inequity in food supply chains.

Disruption occurred through shortages in food staples such as bread, flour and eggs, driven initially by panic buying.

And the overnight closure of the food service industry, including hotels, restaurants and pubs, also led to an oversupply of meat and milk as some supply chains collapsed altogether.

NFU Cymru said Covid-19 had served as a stark reminder of the fundamental importance to society of access to safe, high-quality, affordable food as a basic right – and food security is in the nation’s interests and should be a priority for government.

Farm leaders are becoming increasingly concerned, however, about Welsh government policies that risk further decoupling rural support from food production, active farmers and the family farm – as is currently proposed both in England and Wales.

They say the unprecedented events of the pandemic should require the Welsh government to move sustainable food production and food security higher up the agenda in its current proposals, set out in its “Sustainable Farming and our Land” consultation.

“We believe it is vital that we consider the ambition of future agricultural policy and the extent to which food security and resilience are embedded as key objectives while also securing and enhancing farming’s wider contribution to economic, social, cultural and environmental wellbeing in Wales,” said NFU Cymru president John Davies.

The commission should also be tasked with annual reporting and the establishment of national food security indicators, it added.

In 2019, according to the NFU, the UK produced 64% of food consumed in the country. NFU Cymru is not advocating the UK should be fully self-sufficient, and it recognises that exports are crucial to Welsh farmers. For example, about 40% of Welsh lamb is sold abroad and more than 90% of this is sold into the EU.

But the union said a combination of a “secure and properly functioning global system and a robust and resilient home supply” was vital.

Gareth Wyn Jones, who runs an 809ha farm with vegetables and livestock in Llanfairfechan, north Wales, told Farmers Weekly he had been banging the drum for local, seasonal Welsh produce with a lower carbon footprint for more than a decade.

“Covid has been great for British farmers. They have stepped up. Supermarkets have a role to play, but some had a six-week wait for home deliveries.

“It was the local farmers who beat the traffic and set up vending machines selling meat, eggs and milk at the farmgate and they delivered food boxes to homes.

“We have some of the world’s best farmers, who produce some of the greatest produce. We can do this if we work together – but we have to have commitment from the Welsh government. We have to support each other and build a better Britain in our bellies.”

In a video message recorded for the Royal Welsh Show, rural affairs minister Lesley Griffiths acknowledged that the competitiveness of the farming sector in Wales was raised as a key issue in many responses to the Sustainable Farming and our Land consultation, “with some arguing that a focus on environmental outcomes would harm the viability of Welsh farming”.

But she stressed: “The proposed approach would provide an important income stream for farmers, recognising the important work they do in delivering environmental outcomes and rewarding them for it.

“In addition, we are seeking to reinforce the long-term competitiveness of the sector through enhanced business advice and support.”

A Welsh government online survey of 1,900 farmers on the proposed plans will be published later in the year. An Agriculture Bill for Wales will be introduced in the Senedd after the next assembly election in 2021.

The lessons learned from the effects the coronavirus crisis had on food supply and production were debated in a virtual Royal Welsh Show seminar, hosted by the Farmers’ Union of Wales (FUW) on Tuesday (21 July).

FUW president Glyn Roberts, who chaired the event, said the effect of the pandemic had underlined the need for the Welsh and UK governments to introduce rural support policies that do not undermine UK food security.

“For many years, the FUW has stressed that food security is an issue that needs desperate attention, and the past few months have served to illustrate such concerns,” he said.

Prof Bob Doherty, an expert in food insecurity from the University of York, said the pandemic had revealed some of the vulnerabilities of the UK food system. “We need a proper collaborative plan that focuses on health, economics and the environment, bringing together government [national, regional and local], the private sector, the research community and civil society,” he added.

Kevin Morgan, professor of governance and development at Cardiff University, urged the Welsh government to use its public procurement policies to source more Welsh food in public institutions.