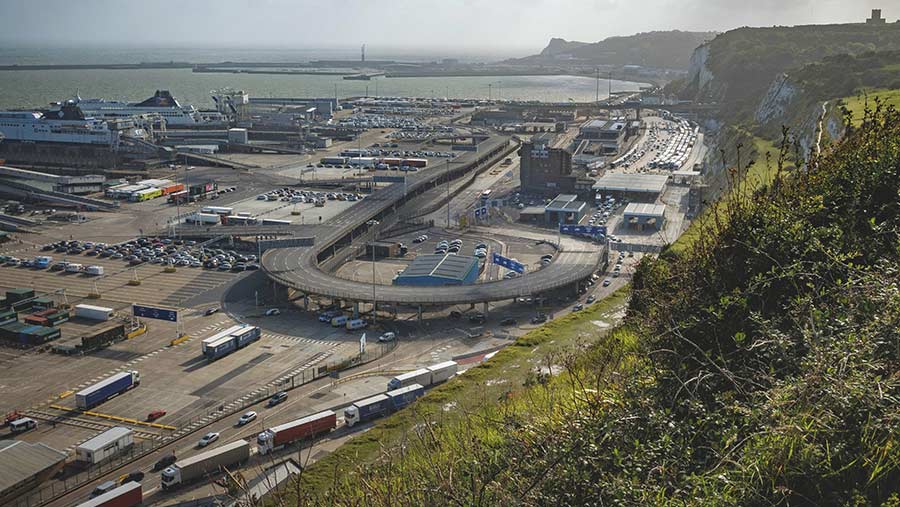 A government U-turn on post-Brexit health and safety checks for live animal and agricultural product imports has been slammed by vets and farm leaders.

Since Brexit on 31 January 2020, the government has pledged to impose checks on EU imports to match the rigorous inspections of UK goods entering Europe.

Despite the inspections causing delays and crippling costs for UK farming, import checks on European goods were delayed, initially for six months, until 1 July 2020.

This was due to concerns that checks here would disrupt food supplies, leading to shortages and a hike in food costs.

Furthermore, the border control posts (BCPs) needed to process import checks were not constructed or approved in time.

The government’s continuing fears over empty supermarket shelves and construction woes at ports meant inspections were put off twice more in 2021.

A revised deadline of 1 July 2022 was set, but last month Farmers Weekly obtained a government spreadsheet showing almost 90% of the BCPs were still not ready.

Some remained at the planning permission stage, others lacked funding or were awaiting approval checks before completion.

Although the government insisted the July date was possible at the time, Brexit opportunities minister Jacob Rees-Mogg has now announced a further 18-month delay.

Restrictions on imports of chilled meats from the EU will also not come into force, making them relatively cheaper.

But Mr Rees-Mogg has also stated the original plans for an equal level of inspection and process would not be applied.

Instead, he said plans would be reviewed, redrawn and implemented in a new way, effectively scrapping a Brexit import policy.

The reversal has been met with disbelief and fierce criticism in equal measure. In a robust attack, the NFU said it was “astounded” at a decision that left UK farming at a competitive disadvantage, and exposed the country to disease.

“These checks are absolutely crucial to the nation’s biosecurity, animal health and food safety, and without them we leave ourselves at risk.

“For the introduction of these checks to have been delayed three times was bad enough, but to now have them essentially scrapped in favour of an unknown system is unacceptable.

“This is a question of fairness. Our producers have to meet stringent controls to export products, while being left at a continued competitive disadvantage to our EU competitors.”

Vets have also condemned the U-turn.

The British Veterinary Association (BVA) said it had repeatedly warned against a delay, which could have serious implications as the EU continues to battle with diseases such as African swine fever.

“Diseases such as African swine fever have already had a catastrophic effect on agriculture and animal health in parts of Europe and elsewhere globally.”

Mr Russell added: “With the UK now being outside the EU’s integrated and highly responsive surveillance systems, we have repeatedly warned that delaying veterinary checks further could weaken vital lines of defence against future incursions.

“To remove the requirement for checks entirely appears deeply misguided.”