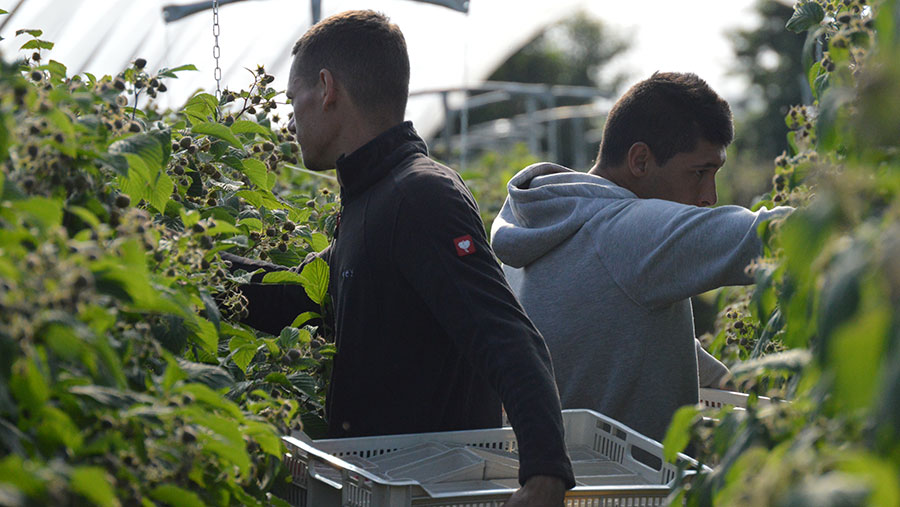 The Home Office and Defra announced on 24 December that it would extend the seasonal agriculture worker route until the end of 2024 to allow foreign workers to come to the UK for up to six months to pick both edible and ornamental crops.

But the Home Office said it will begin to taper the number of visas from 2023. Instead, it has urged the sector to focus on employing more UK workers and improve pay and conditions.

Farming unions have given a mixed reaction to the announcement.

NFU vice-president Tom Bradshaw said it was “positive news” for the thousands of fruit, veg and flower growers that rely on seasonal workers to pick, pack and grade the UK’s “iconic” fresh produce.

“These growers will be extremely relieved to have clarity over the future of the scheme for the next three years,” he added.

“We have worked very closely with ministers and officials to secure the additional visas and the inclusion of ornamentals, which is something we have been calling for and is desperately needed for flower and plant growers across the country.

“With labour shortages so rife across the entire food supply chain, we will continue to monitor the situation closely and continue to engage with the government on the sector’s needs.”

“Alongside NFU of England and Wales, we had asked for the number of seasonal visas available to the UK in 2022 to be extended to 55,700,” he said.

“For only 30,000 to be offered at the outset in 2022 is a big disappointment. While that is tempered by the potential that visa numbers may rise to 40,000, the government’s stated intention is to shut down the scheme in the years ahead.”

Plans to start dismantling the scheme were a blow and meant some very difficult decisions would have to be made about future production, he added.

Mr Kennedy said the indications were that Scotland would produce a lot less of its own fruit and veg in 2022 and keeping the seasonal workers’ scheme static would not improve the situation.

A survey of NFUS members in September 2021 found that one Scottish fruit and veg business had offered 100 contracts of employment to UK applicants – six were accepted, but only three people turned up for work.

The retention rate for EU and other migrant workers was more than 80%, but this plummeted to 32% for UK workers.