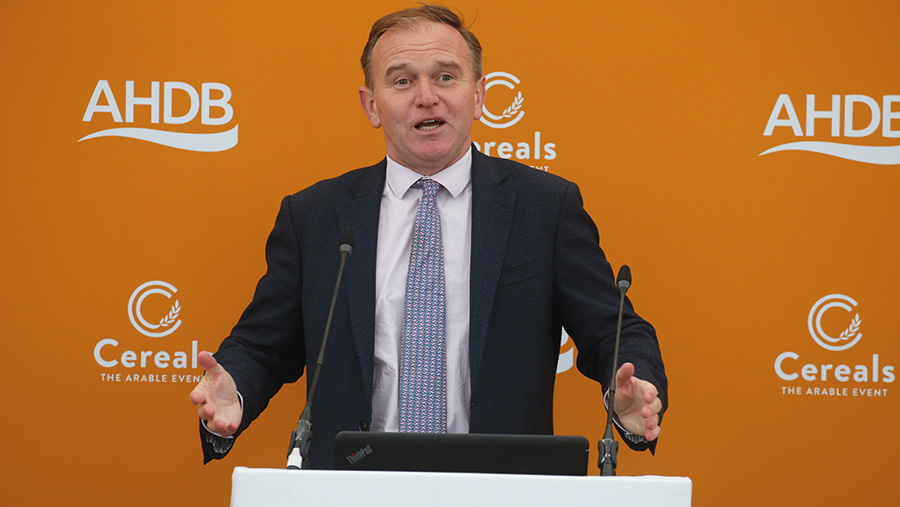 British farmers have hit back at proposals by George Eustice to introduce a carbon tax on meat and dairy products, warning it will put them out of business.

On the eve of the Cop26 climate summit in Glasgow, the Defra secretary said the UK will need to “move into the realms of things like carbon taxes”.

Mr Eustice told the Daily Telegraph that the government was working on a new tax system for parts of the food sector for foods that contribute most to global warming. And he singled out meat and dairy.

He said farmers would be encouraged to produce higher welfare and more environmentally friendly food over the next seven years as the UK transitions out of the EU’s system of £3.5bn of agricultural subsidies paid to farmers each year.

But he added: “Beyond that, you then start to move into the realms of things like carbon taxes. But we need to do the thinking about it now.”

The minister said carbon border taxes could also be introduced to encourage countries like Australia, like New Zealand, “to tackle their own greenhouse gas emissions”.

He added: “If there are other countries in the world that don’t pull their weight, and don’t do their share, you know, at some point you will have to find a way of reflecting that in international trade.”

Mr Eustice said any new tax could see the price of red meat increase but, according to the government’s own modelling, prices were already set to rise in real terms by 10% over the next five years.

He claimed UK farmers could benefit from the plans and suggested that British meat would likely be cheaper for consumers as it is less polluting.

But the proposals have attracted criticism from farmers, industry leaders politicians in Eustice’s own Conservative party.

Alok Sharma, president of the Cop26 climate summit, said he does not support a carbon tax on high-polluting food production, such as red meat.

“I’m someone who believes very much in carrot rather than stick, trying to move people in the right direction,” Mr Sharma told the BBC’s Andrew Marr programme.

I’m hearing rumour about a meat tax. Hoping it’s not true. #grassfed #meat and #dairy are part of the #carbonsolution not the problem. #regenerative pic.twitter.com/bkLaQmQ0Dc

Foreign secretary Liz Truss said she too would not support a carbon meat tax.

“I think it’s really important that we support our fantastic British farming industry and I think it’s important that rather than using the stick to encourage people to become more climate friendly we use the carrot, if that’s not mixing metaphors with meat,” she said in an interview with Sky News on Monday (1 November).

“And we actually make a climate-friendly lifestyle more affordable for people.”

The NFU said British farmers produce some of the most sustainable meat and dairy products in the world, noting that greenhouse gas emissions from UK beef production are less than half the global average and UK milk production is even lower.

“A carbon tax will not have the desired effect if it is implemented in the UK alone,” said a union spokesman.

“It is essential that any tax is internationally recognised, otherwise UK farmers will be put at a competitive disadvantage, outpriced by food imports with a higher carbon footprint.

“Any carbon pricing policy needs to include opportunities for farm businesses to benefit, not just be penalised, otherwise we could see adverse effects where domestic food production is reduced at a time when access to local, sustainable and affordable food is more important than ever.”