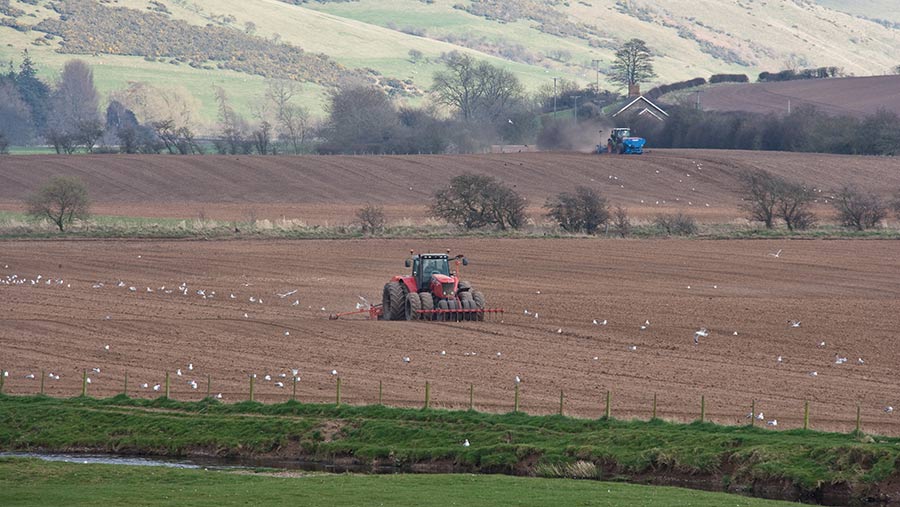 If the first six months outside the EU were marked by Defra announcements of post-Brexit policy plans for English farmers, the past three months have at last seen some signs of activity in the devolved regions.

There is nothing like the detail that can be found in Defra’s various announcements, but there is now a better indication of the direction of travel – and the timeframe – in each of the three devolved nations.

Greater clarity on the path ahead for Welsh farmers came last week, when the Welsh government published the findings of a consultation on its planned new Sustainable Farming Scheme (SFS).

As part of the development process, the Welsh government engaged with more than 2,000 farmers and stakeholders to explore their attitudes to future support based on this more sustainable approach.

The report just published  suggests Welsh farmers are indeed open to change, but that communication will be key, as will clarity on what is required of farmers, and sufficient payment rates.

The co-design discussions also emphasised the importance of family farms and the need for a fairer support system – one that does not reward landowners who are not actively farming.

Capping payments was suggested by some, as was support for the next generation.

Farmers taking part also emphasised the importance of having a trusted project officer and a good vet, but were wary of linking payments to the delivery of specific targets due to the influence of external factors.

“The farming sector has faced many challenges over the past few years and we are firm in our intention to support farmers to adapt to future changes,” said rural affairs minister Lesley Griffiths.

However, she warned that there was still a “long way to go” before payment rates under the SFS were announced.

The Welsh minister also set out the timetable for policy development:

Mrs Griffiths then confirmed that the current BPS system (worth £350m) will continue in both 2022 and 2023 – subject to Westminster funding.

The Glastir advanced, commons and organic contracts (worth £67m) are also being extended to December 2023, and a further £7m is being put into the Farming Connect programme, to March 2023.

While welcoming the greater certainty these payments will bring, the Farmers’ Union of Wales (FUW) still argues some form of “baseline payment” must be retained, given that about 80% of farmers in Wales rely on BPS to generate a profit.

“It’s welcome to hear the Welsh government talking increasingly about families, and social and economic outcomes alongside environmental public goods, but we remain concerned that, unless a scheme is designed specifically to deliver such outcomes, they will never materialise,” said FUW head of policy, Nick Fenwick. “It is family farms and rural communities that will pay the price.”

What else has happened in the past few months?

“Business as usual is not an option,” he said at the time. “Our future agricultural regime must promote productive, efficient practices through greater innovation and professional capacity, while protecting the environment, animal health and welfare, and public health.”

The framework, based on industry discussions in 2018, has four main aims:

To deliver these, the “portfolio” contains a number of measures, including the retention of a simple, area-based direct income payment.

This would be targeted at active farmers, with upper and lower thresholds, and depend on “an evolution of the current cross-compliance regime”.

It also includes a headage payment for suckler cows and breeding ewes, possibly linked to a genetics and livestock data-recording programme.

But an agri-environment package is likely to form the “central plank” of the policy, aiming for reduced pollution, increased biodiversity, soil improvement and greenhouse gas reduction.

This package should be outcome-based, scalable, long-term and financially attractive. “The environment will move to become a profit centre rather than a cost centre within the farm business,” the report said.

There will also be an investment measure for agriculture, to drive innovation and productivity, and knowledge transfer, including continuous professional development.

“At the very least, we need to maintain the existing level of support for investment in farming,” he said. “Farmers also need flexibility to give them the best chance to adapt.”

What to look out for in the months ahead

When Mairi Gougeon took over as rural economy secretary after the May Scottish elections, she promised to set up an “implementation board” to drive forward a new Scottish policy within 100 days of taking office.

This was delivered on 25 August with the establishment of the snappily named Agriculture Reform Implementation Oversight Board, co-chaired by Ms Gougeon herself and NFU Scotland president Martin Kennedy.

The board, which draws on members from across the supply chain (though mostly farmers), has one immediate task – to develop a package of government-funded measures to reduce greenhouse gas (GHG) emissions from livestock.

Referred to as the National Test Programme, this will be based primarily on the work of the Suckler Beef Climate Group, whose final report was published in January.

These ideas were built into a proposed Suckler Beef Climate Scheme, which would pay farmers to change their management practices and invest in capital items and training.

Drawing on these recommendations, the National Test Programme is due to be formulated by the start of the COP26 climate change talks in November, with the measures implemented by spring 2022.

With a view to the longer term, Ms Gougeon has also launched a consultation (which runs until 17 November) to help build an agricultural policy to replace the CAP.

Based on the findings of the various farmer-led climate change groups, there is a strong emphasis on climate change mitigation and biodiversity enhancement.

The questions in the consultation are more about procedure, rather than indicating how government money might be spent in future.

For example, it asks if farmers should undertake baseline data collection in order to receive support, and whether capital grants should be limited to items that can reduce GHG emissions.

On biodiversity, it asks what actions farmers should take to increase variety, while on productivity it asks if incentives targeted at animal, crop and soil health would help.

Another question is “should farm assurance be linked to requirements for future support?”

This latest consultation follows publication of a new NFU Scotland policy paper – The Transition to Future (Conditional) Agricultural Support – in late July, which seeks to combine the work of the five farmer-led groups with its previous Steps to Change document.

While acknowledging that redistributing CAP funds to new agri-environment schemes “could work”, there is a strong preference for modifying existing area payments and headage payments, with a “ratcheting up” of cross-compliance measures.

This would be both World Trade Organization compatible and “avoid the time and effort to build a new payments system”.

These ideas, which NFU Scotland wants to see phased in by 2025, are likely to form the basis of the union’s input into the ongoing consultation.