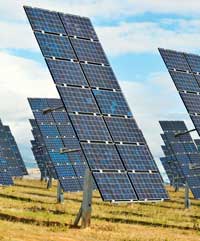 A campaign has been launched to get the government to reconsider its decision to review the Feed-in Tariff support for large-scale solar.

The “Power to Society” campaign has been set up by a solar developer based in southern England and encourages people to send a message to their local MP in support of “community-scale” solar.

“The creation of community-scale solar under the Feed-in Tariff will importantly allow local communities to invest in the schemes, owning the energy which is generated and benefiting from the long-term revenue payments,” the campaign website says.

“Solar can be used effectively on brownfield sites, rooftop and degraded land as well as offering restoration and enhancement of greenfield land creating biodiverse environments.”