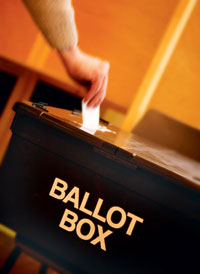 The NFU has identified 30 crucial marginal constituencies across England and Wales as ones to watch.

The Farmers Weekly team will be providing a running commentary on these seats, as well as other issues of key concern to rural voters, as the night proceeds.

We will be joined by NFU experts who will be tweeting about key developments in the race to Number 10.

You can add your own comments and thoughts on the forums, by writing in the box at the bottom of the live web chat stream (below) or by tweeting using #farmelection.

For more on the election see our special report page.