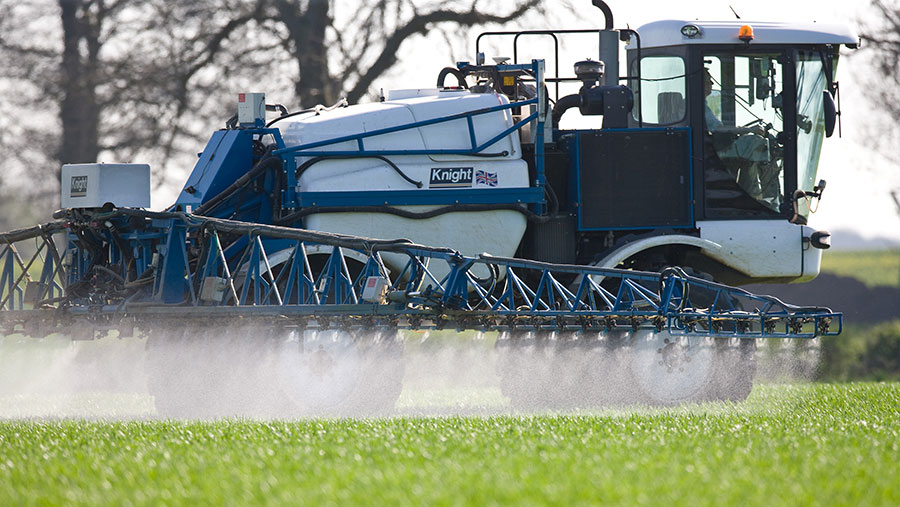 Industry leaders have given a mixed reaction to a report that calls for a massive reduction in pesticide use among UK farmers post Brexit.

The Wildlife Trusts are calling on the government to cut pesticide use by more than 50% by 2030 – as good as, if not greater than, targets set by the European Union – to help reverse the decline in bees and other pollinating insects.

The ambitious goal is contained in a new report, Reversing the Decline of Insects (PDF), written by Dave Goulson, professor of biology at the University of Sussex, who specialises in bumblebees.

Published by the trusts on Wednesday (8 July), the report also demands no weakening of UK pesticide standards through post-Brexit trade deals.

The Wildlife Trusts says there is ongoing evidence for insect declines and the future of insects – and all life that depends on them – hangs in the balance as trade deals “threaten to increase the use of insect-harming pesticides”.

Craig Bennett, chief executive of the Wildlife Trusts, said: “In my lifetime, 41% of wildlife species in UK have suffered strong or moderate decreases in their numbers and insects have suffered most.

“The Agriculture Bill is a golden opportunity to set high standards in law and make sure insect-friendly farming practices are rewarded.”

In 2012, the government published a National Action Plan on the Sustainable use of Pesticides. The Pesticides Action Network branded the plan “woefully weak” as it failed to set a target for reductions.

The Wildlife Trusts says farmers have a crucial role to play in reversing this decline, but warns they must be given help to adopt insect-friendly farming methods under the Agriculture Bill, which is currently progressing through parliament.

A network of nature-rich areas covering at least 30% of the UK – double the current area – is needed, the report states, as well as legally binding targets set for nature’s recovery, which are monitored and enforced.

But farming organisations have given a lukewarm reaction to the report. The NFU said pesticides and their use are tightly regulated and farmers are already working to further reduce any risk through integrated pest-management schemes.

NFU vice-president Tom Bradshaw said: “Through voluntary schemes like Championing the Farmed Environment, British farmers and growers have created more than 12,000 football pitches of flower habitat containing pollen and nectar mixes, with these vast areas providing the food and habitat on farmland that insects need to thrive.”

It was a “shame” that the report ignores the wealth of evidence that there are many drivers of insect decline, he added. “The report also fails to acknowledge the reality of how pesticides help to control a myriad of crop pests, weeds and diseases, enabling farmers to produce a safe and affordable supply of food for the nation.”

The UK Crop Protection Association (CPA) agreed that insect decline was a “multifactorial issue” and it is widely acknowledged that habitat loss is the most significant factor.

CPA chief executive Dave Bench said: “The use of plant protection products helps prevent further habitat loss by ensuring we are as productive as possible on land already under cultivation, so that more land can be spared for nature elsewhere.

But Gareth Morgan, head of farming policy at the Soil Association, said: “UK government must support a transition away from reliance on toxic chemicals in UK farming, towards tried-and-tested systems that work with nature to tackle pests instead.

“Modelling by French research group IDDRI suggests a transition to agroecology across Europe is possible; this would virtually eliminate pesticide use while still feeding the growing population a healthy, nutritious diet.”