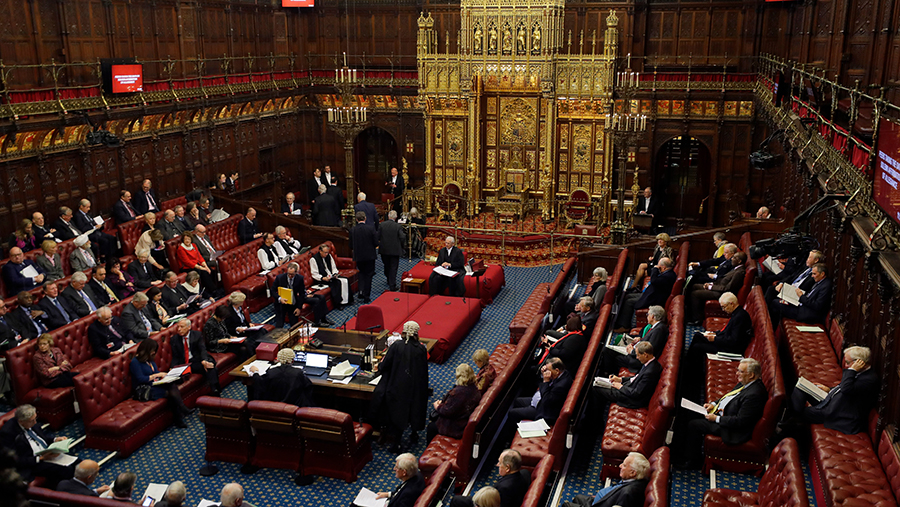 The government is coming under more pressure to ban food imports that do not match UK standards, following historic votes in the House of Lords on Tuesday night (22 September).

Two key amendments to the Agriculture Bill were voted on.

One, proposed by Lord Granchester, sought a “requirement for agricultural and food imports to meet domestic standards” and was supported by 307 members, compared with 212 who opposed it.

The other key amendment came from Lord Curry of Kirkharle, looking to beef up the powers of the Trade and Agriculture Commission to give MPs full scrutiny of its findings and recommendations in relation to future free-trade deals.

In a lengthy debate, many spoke about the dangers of opening the UK’s borders to substandard food imports and the effect this might have on the viability of British farms.

Others referred to the NFU’s June petition, which had seen more than one million people express their desire for imported food to match UK standards.

Baroness Boycott described chlorinated chicken and hormone-treated beef as the “tip of the iceberg”, adding  it was “crazy” they were even having this debate. “We should be talking about having higher standards, rather than fighting to retain the ones we have,” she said.

But Lord Gardiner, parliamentary undersecretary at Defra, said the Conservatives had given a commitment in their manifesto not to see food standards compromised in trade negotiations, so further legislation was unnecessary.

Banning imports on any grounds other than food safety would also break World Trade Organization rules, he added.

But Lord Granchester said the government was only refusing to introduce a legal ban on cheap food imports because it knew this would undermine the chances of a wider trade deal with the US.

He also doubted the government’s promises to ensure full parliamentary scrutiny before changing existing regulations that ban the import of things like chlorine-washed chicken and hormone-treated beef.

Following the votes, the Agriculture Bill has one final reading in the House of Lords before returning to the House of Commons.

Labour’s shadow Defra secretary Luke Pollard was concerned that much of the good work done by the Lords could be undone.

Taking to Twitter, he said: “Conservative MPs must now be honest with the country’s farmers and say whether they are on their side or if they will vote to remove high standards from the Agriculture Bill.”

Farm leaders have welcomed the Lords’ votes, but also fear the support for banning sub-standard imports will be overturned by MPs back in the Commons, where the government has a significant majority.

NUF president Minette Batters said on Twitter that the votes were “hugely significant” and sent a message that MPs could not ignore. “We’ve been three years on this and we won’t stop now.”

George Dunn, chief executive of the Tenant Farmers Association, said the House of Lords had finally understood the mood of the people on food standards in terms of legislating against substandard imports.

“The House of Commons must not ignore that clear message now,” he said.

Two other amendments to the Agriculture Bill met with mixed success in the House of Lords.

On pesticides, amendment 78 from Lord Whitty was passed by 276 to 228, “prohibiting the application of any pesticide for the purposes of agriculture near any building used for human habitation”.

Georgina Downs from the UK Pesticides Campaign described it as “a huge campaign victory”, saying the Lords had “done the right thing”, even though they did not specify what was meant by “near”.

On tenancies, amendment 88 from Baroness McIntosh sought to grant those on farm business tenancies the same rights as those on Agricultural Holdings Act tenancies to legally challenge a landlord’s refusal to let them enter income support schemes.

TFA chief executive George Dunn was angered that Labour lords, who supported the change in the debate, chose to abstain in the vote, which was lost by 122 to 234.