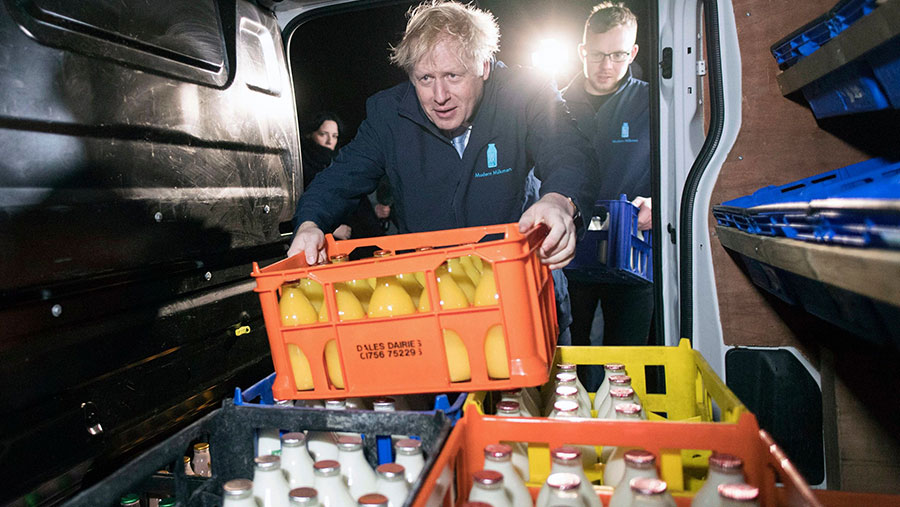 Boris Johnson has promised to give farmers a better deal post Brexit after the Conservative Party romped to a general election victory.

The prime minister now has an 80-seat majority and he has pledged to pass his EU Withdrawal Bill through parliament and “get Brexit done” before 31 January 2020.

But Mr Johnson then has 11 months to agree a new trade deal with the EU bloc, which he insists is possible.

Throughout his campaign, Mr Johnson repeatedly vowed that farmers would be better off outside of the EU and not be undermined by any trade deals.

He maintained that leaving the EU’s Common Agricultural Policy would offer the government an “historic opportunity” to introduce new schemes to support farming, and “we will make sure that farmers get a better deal”.

The NFU has warned that an orderly departure, which includes free and frictionless trade with the EU, is crucial in delivering the best outcome for British food production.

But Labour MP David Drew, who lost his seat in the general election, has warned that Mr Johnson will not “get Brexit done”.

Mr Drew, who had represented Stroud since 2017, wrote on Facebook: “The failings of a remote government in London, out of touch with ordinary people, has led to a Brexit that now jeopardises rural communities and manufacturing jobs.

“Despite the hopes of those who voted Conservative, Brexit will not ‘get done’.

“We face years of negotiations, and our farmers, jobs, employment rights and environmental and animal welfare standards will also bear the cost.”