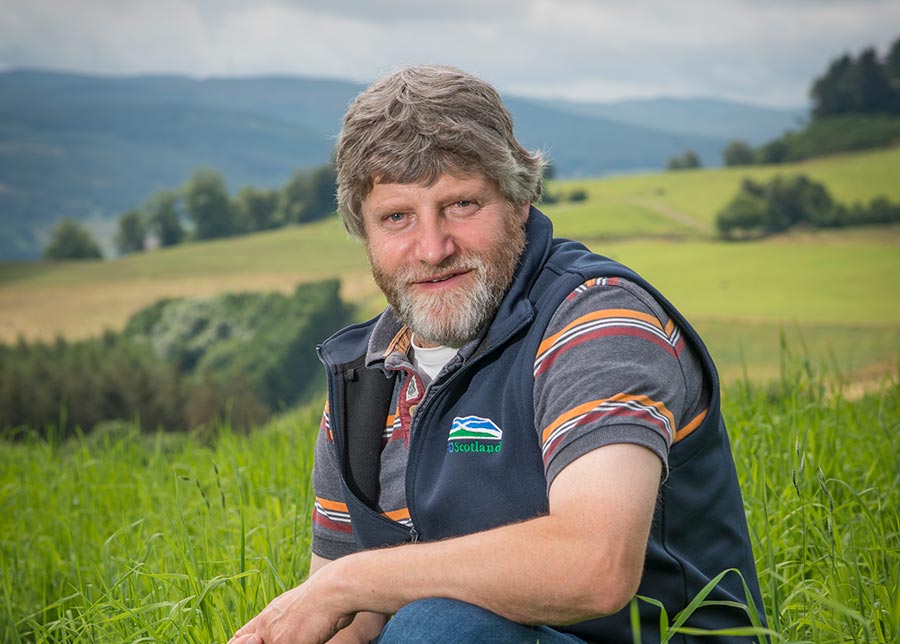 Martin Kennedy has used his first speech as NFU Scotland president to emphasise that profitable food production is fundamental to the success of Scottish agriculture.

An upland livestock farmer from Aberfeldy, Perthshire, Mr Kennedy was elected unopposed as NFU Scotland president at the union’s AGM on Friday (12 February).

Speaking after his election, Mr Kennedy said it was a huge responsibility to represent all sectors of farming and crofting across Scotland.

The sector faced many challenges to meet climate change and environmental targets while carrying out its fundamental role of food production, he said.

But those challenges could be met, as long as farmers and crofters were able to operate within the right political framework.

“I see these challenges as opportunities,” said Mr Kennedy.

“Provided we implement a positive future agricultural policy – one that is right for Scotland – then we can create a profitable industry that is the envy of many across the globe.”

Mr Kennedy succeeds Andrew McCornick, who stood down after completing his maximum allowed term of four years as union leader.

In his final speech as president, Mr McCornick urged the Scottish government to deliver a roadmap that would help farmers and crofters achieve a profitable and sustainable agricultural sector.

Mr McCornick said: “Our industry is one that can change – and will change – to meet public aspirations with an upbeat, forward-looking mindset.”

He said Scottish farmers and crofters were prepared to deliver healthy food and a better environment – as long as agricultural policies were formulated correctly.

Two farmers were elected as NFU Scotland vice-presidents. They are Andrew Connon of Ellon, Aberdeenshire, and Robin Traquair, of Dalkeith, Midlothian.

Covid-19 restrictions meant the elections took place online. Officeholders were elected by members of the NFU Scotland council, which includes representatives from the union’s 73 branches.