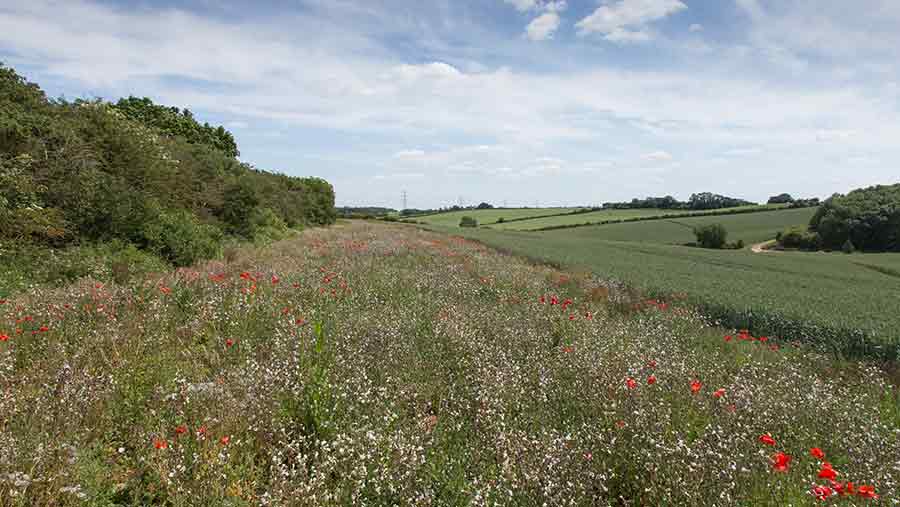 Direct payments to farmers would be retained at one-third of current values as part of a radical shift to a sustainable farming system based on agroecology post Brexit.

The proposal is outlined in a report published by the Royal Society for the encouragement of Arts, Manufactures and Commerce (RSA) Food, Farming and Countryside Commission, published on Tuesday (16 July).

The 75-page report, entitled Our Future in the Land, sets out a blueprint for the UK’s food, farming and countryside system as the UK is set to leave the European Union.

See also: Plan to abolish farm subsidies could be delayed

It says the UK is on the cusp of a fourth agricultural revolution, which “will be based on agroecological principles, regenerating natural resources, and sustaining the communities which depend on agriculture”.

To support this vision, it suggests the UK government would need to pay farmers “baseline payments” of £500/ha for the first five hectares – and an additional £20/ha thereafter.

The payments would seek to engage the whole sector in gathering and submitting data, build skills to incentivise participation in continuous professional development and strengthen assurance.

In addition, farmers would also be incentivised to follow agroecological principles, including planting trees, creating and restoring habitat corridors and natural grassland restoration. However, the report does not specify any recommendations for the value of payments for delivering these environmental measures.

“If all farmers received £500/ha for their first five hectares, and £20/ha thereafter, the estimated cost to the UK would be £840m/year, about one-third of the current CAP budget,” the report suggests.

Under the proposed scheme, a 240ha family farming business would receive £7,200/year in direct payments. This compares to about £55,400 the same-sized farm currently receives under the 2018 Basic Payment Scheme rate of £231/ha under the EU’s Common Agricultural Policy.

The report also calls for the creation of a National Agroecology Development Bank (NADB) – funded by the government and private investors – to finance land use and food production projects “that benefit ecology, health and communities”.

Five key recommendations from the report

1. A 10-year transition to agroecology, so farming works with nature, builds soil quality and dramatically reduces reliance on pesticides and antibiotics

2. The government to stop delays on policy and trade decisions and commit to a future-proof ambition and the essential elements of a transition plan by January 2020

4. The countryside to be at the heart of the UK’s green economy, via a co-ordinated policy effort across government that supports investment in infrastructure, skills and new enterprise

5. A National Nature Service for 18- to 25-year-olds to build on young people’s enthusiasm for tackling the climate and ecosystem emergency

The two-year independent study, led by chair of Barclay’s UK, Sir Ian Cheshire, recommends the UK makes the transition to a sustainable and healthy food system by 2030 – or it will see “further climate breakdown and ‘rocketing’ diet-related ill health”.

It found that most farmers agreed they could make big changes to the way they farm in five to 10 years – but they will need the right backing.

Sir Ian, chairman of the RSA Food, Farming and Countryside Commission, said: “Our planned exit from the EU creates a once-in-50-years opportunity to change our food and farming system.

“But we need to act now: Whatever happens next, the climate emergency makes urgent, radical action on the environment essential.”

He added: “We offer the government our shared vision for a UK food and farming system, which changes our countryside and puts farmers in the driving seat. And we invite the government to adopt this plan to establish an agroecological, sustainable future.”

Under the Agriculture Bill, current land-based payments to farmers will be phased out over a seven-year period starting in 2021. They will be succeeded by public funding for public goods, at the core of which will be the Environmental Land Management system (ELMs).

Commenting on the RSA commission’s proposals, Mr Gove said: ““It is in the interests of farmers to move to a more sustainable model, which is why our Agriculture Bill sets out a new framework that will reward them for the work they do to protect and enhance the environment.”

Defra’s recently launched food review, led by the co-founder of the Leon restaurant chain, Henry Dimbleby, will “look afresh at our food system to ensure everyone has access to high-quality and healthy food”, Mr Gove added.

NFU vice-president Stuart Roberts said: “This report rightly recognises the need for change and the important role our sector plays in producing quality food that underpins a healthy diet; one that must be affordable and accessible for all.

“If we are serious about our nation’s health, we need to avoid blunt tools to solve complex problems and instead the government needs to invest in quality, affordable, domestic food production as a strategic priority.”

Helen Browning, Soil Association CEO, who is also a member of the commission, said: “We must put health at the heart of our food and farming systems, to mitigate and adapt to climate change, reverse the biodiversity crash, and enable rural communities, including farmers, to thrive.”

Caroline Lucas MP, former Green Party leader and MP for Brighton Pavilion, said: “Above all, this is about a historical shift to sustainable farming systems based on agroecology, not agrochemicals. Getting this right is essential for averting climate breakdown, restoring nature and securing human health, wellbeing and livelihoods.”

David Drew MP, Labour’s shadow Defra secretary, said: “The twin goals of providing sufficient good, wholesome food, accessible and affordable against a background of climate change, and all that entails means the emphasis on agroecology is most apposite.”

Alistair Carmichael MP, Liberal Democrat Environment spokesman, said: “Farmers must be placed at the heart our countryside. As the report suggests, it is time public bodies like schools and hospitals are obliged to buy healthy, sustainable, British food.”

Prof Joanna Price, vice-chancellor of the Royal Agricultural University, said: “The report is refreshing, because as well as being frank about the scale of the problems we face, it is a strong vote of confidence in farmers, land managers, and all of us in our communities, to solve them.”