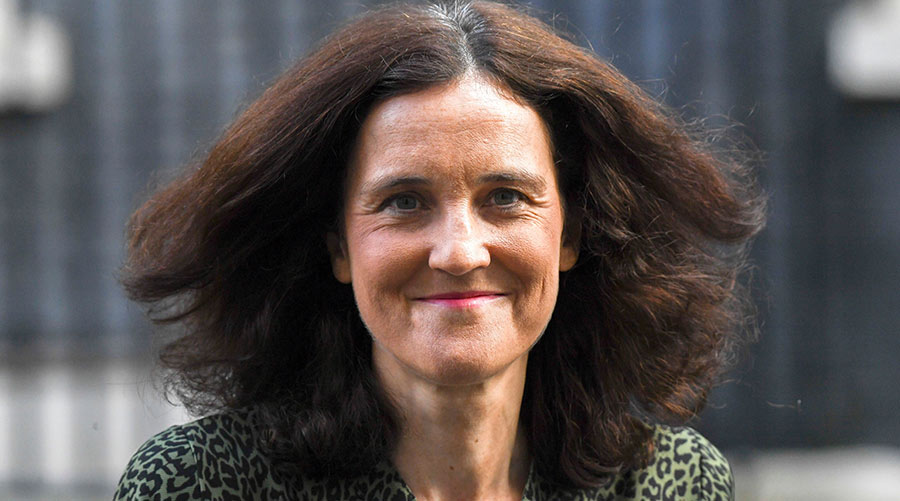 Theresa Villiers has said Defra is ready to act swiftly to support the farming industry in the event of a no-deal Brexit but the department cannot predict to what extent each sector will suffer.

In comments following an announcement on an extra £56m for farm budgets, the secretary of state said she is unlikely to reveal more information on plans to shore up farm businesses until the department had taken stock of market conditions.

She said: “We are actively working on the options. I don’t think it would be appropriate to make decisions on what sort of support we are able to give until we know the scale of the problems we would face.

See also: Expert advice on tendering for a farm tenancy ahead of Brexit

“Rest assured we will be in a position to act swiftly if the need arises, but we’re not going to start pre-announcing the interventions we might be prepared to make because we need the flexibility to respond to what actually happens after exit day.

Her remarks mean it is likely only sheep farmers will have any hint of what shape no-deal support for agriculture may take.

The former barrister is among only a small number of Tories to have voted down Theresa May’s failed withdrawal bill each of the three times it came before the House of Commons.

However, she said Boris Johnson’s government still believes there is a good chance a deal can be reached with the EU.

“We are also clear we do need to respect the result of the referendum, we do need to get on with leaving, so that means getting ready for exit day, deal or no deal,” she said.

Before taking office in January 2017 she publicly supported payments that prevent farms with a high standard of animal welfare being priced out of the market by cheaper alternatives.

She also called for incentives to allow farmers to move towards free-range production systems and said countries that wish to sell into the UK market should have to commit to acceptable standards of animal welfare.

With a majority of just 353 votes in her north London seat of Chipping Barnet, Ms Villiers is likely to be the cabinet minister most at risk of losing their seat in the general election being so urgently sought by her own prime minister.

An election would also undo all of the progress of the Agriculture Bill through Parliament, she acknowledged, meaning the next administration would have to begin the process again.

If Parliament is merely prorogued, and the same government resumes power after the conference season, the environment secretary said passage of the Bill will also have to start afresh unless Labour supports it being ‘carried over’ into the new session.

However, she said this pause does present a fresh opportunity for farming unions and others to seek to amend the draft proposals.

“There may be changes and enhancements we want to make and I’ll be focusing on that closely over the coming days.

“I think we have got a really good foundation in the Agriculture Bill so I am not foreseeing any major rewrite, but I want to build on the work of my predecessor to create what I hope will be the foundations for a new world-leading system of farm support.”

Responding to the offer to co-operate, shadow Defra secretary Sue Hayman said: “This is the first we have heard of Defra ministers being willing to co-operate with Labour on the Agriculture Bill after having consistently voted down all previous attempts to amend it at its various stages.

“If the minister is now serious about this, then we would expect to be contacted for further discussion.”