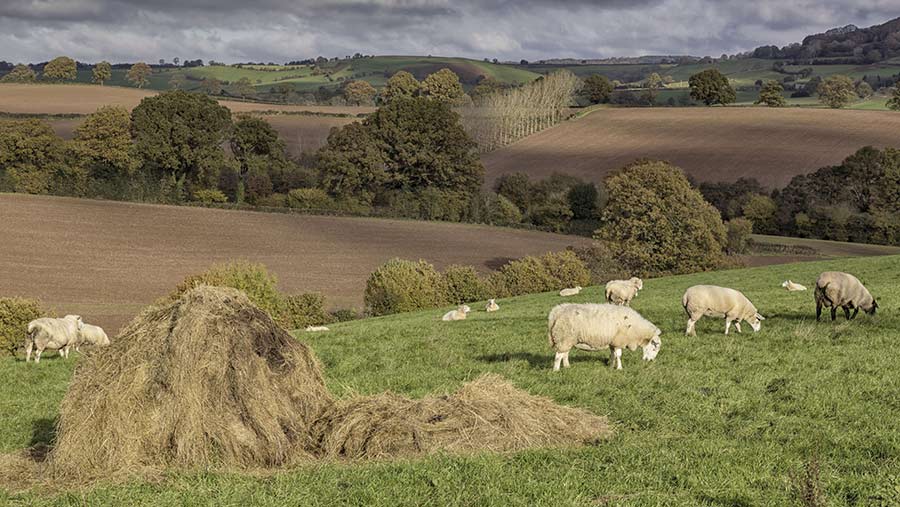 Steps are being taken in Wales to simplify the implementation of existing subsidies, as the country prepares to continue using CAP support mechanisms for the immediate future.

For example, the number of on-farm inspections is due to fall, cross-border farms will get swifter payments and arable producers will no longer have to abide by the three-crop rule.

According to Welsh rural affairs secretary Lesley Griffiths, the changes identified will “help support the competitiveness of farming and food production, while responding to the climate emergency ahead of the planned introduction of an Agriculture (Wales) Bill in the next Senedd term”.

See also: What is the Welsh government planning for its post-Brexit farm policy?

Her comments followed the completion of the recent Simplifying Agricultural Support consultation, which set out plans to continue with the current CAP regime until such time as a new Welsh policy is developed.

In total there were 11 recommendations for improving the functioning of the Basic Payments Scheme (BPS) and five relating to rural development.

On BPS, it was agreed that any unspent funds – for example, due to administrative penalties or where entitlements are held in the National Reserve – should be available to the Welsh authorities to distribute. In the past, they would have been returned to Brussels.

For cross-border farms, the Welsh government will, in future, make BPS payments in full on all land within Wales, removing the need to wait for administrative checks to be completed across the border in England. A minimum claim size of 5ha is to be retained.

On greening, the government plans to do away with the crop diversification (three-crop rule) element.

The 30% greening payment is also being absorbed into the general BPS payment, though farmers will still have to meet the permanent grassland and environmental focus area requirements under the cross-compliance system.

The government had planned to close the Young Farmers Scheme, which pays a BPS top-up for five years to those who started farming before the age of 40.

But following objections from a number of respondents to the consultation, that will continue to operate for now.

Similarly, hemp will still count as an eligible crop for claiming BPS.

Farmers will still have to get their BPS claims in by 15 May each year, but in future they will have until 31 December to submit any supporting documentation.

Inspection rates will drop from 5% to 3% of claimants, and an advance 70% payment will be made each October, both for validated and unvalidated claims.

“The changes being taken forward are small but impactful and will help to ensure stability and continued support for farmers once the UK withdraws from the European Union,” said Mrs Griffiths.

She added that work is continuing with preparing a new support scheme for Welsh agriculture designed around the Sustainable Land Management framework.

This will be delivered through a White Paper and the introduction of an Agriculture (Wales) Bill in the next Senedd term, which runs for five years from May 2021.

Responding to the announcement, Farmers’ Union of Wales deputy president Ian Rickman said: “We welcome the fact that the Welsh government has accepted many of the concerns we raised, including in terms of impacts for cross-border farmers and young farmers.”