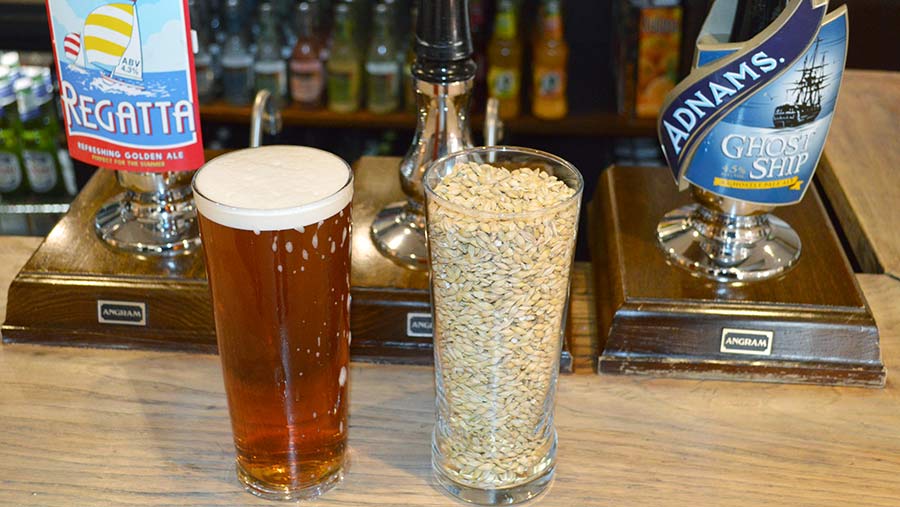 Growing malting barley for a nearby brewery can make sense as it secures a fixed market and premium price rather than having to rely on the uncertainties of the open market.

In the final story our three-part “Budgeting for Brexit” series, we look at one large estate in west Norfolk that is supplying its malting barley to a well-known Suffolk brewer.

Norfolk barley is being brewed into Suffolk beer to help one East Anglian farming estate build in some market certainty as Britain prepares to leave the European Union.

Malting barley from the west Norfolk farm makes its way to the Adnams brewery in Southwold at a premium price without any potential worries about export tariffs that might occur in a Brexit world.

The farm has changed cultivations, nitrogen strategy and barley variety to increase the chances of hitting the 1.6% grain nitrogen demanded by the brewer of Ghost Ship and Broadside beers on the Suffolk coast.

Tom Dye, managing director of Albanwise Farming, which runs the west Norfolk estate, says growing malting barley focuses the mind on how important it is to find markets for his grain.

“Brexit is another risk for us to face, so this contract provides a certain market and we know the price structure for the grain,” he tells Farmers Weekly.

Parts 1 & 2 of the Budgeting for Brexit series 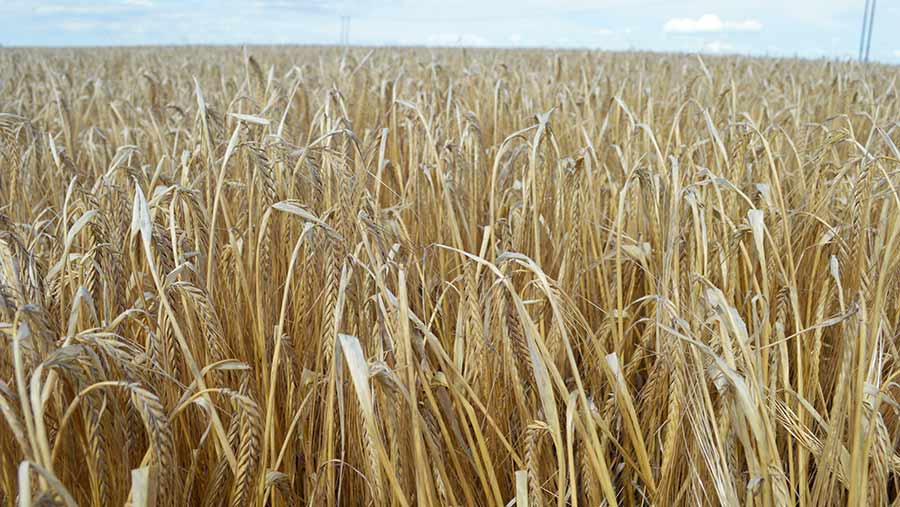 After three years growing the brewers’ old favourite barley variety Propino, Mr Dye is switching this spring to the higher-yielding Planet and is contracting half his crop to the brewer as his confidence rises about hitting the maltster’s need.

The 2,450ha estate at Barton Bendish, six miles south-east of King’s Lynn, is not traditional malting barley country with soils ranging from light sands over chalk to medium clay, but the arable team are achieving the right grain quality.

The success of spring barley is linked to the battle against blackgrass, which started in June 2015 when the farm sprayed off 55ha of infested winter wheat at the start of a no-tolerance blackgrass policy.

Any heavy land field that has bad blackgrass is now drilled with spring barley rather than winter wheat, and this year’s spring barley area – all of it Planet –  will nudge up to 320ha.

At the start of the relationship with Adnams, Mr Dye only contracted 25% of the crop for the low 1.6% grain nitrogen demanded, but now he is aiming for 1,000t, or half his anticipated tonnage.

Grain nitrogen levels with the older variety Propino were inconsistent, and ranged from 1.4% to 2.0%, so Mr Dye, along with the arable manager at Barton Bendish Michael Balls, started to refine their agronomy package. 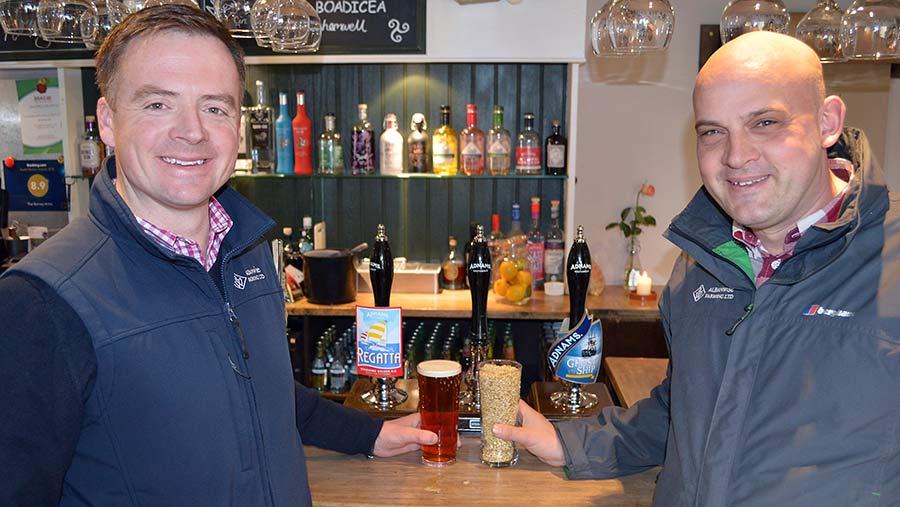 On the heavier land the plough has been virtually abandoned, and cultivation for ground destined for spring barley is done with a deep tine and disc combination in August or September and then drilled with a cover crop.

A deep-rooting fodder radish and tillage radish cover-crop mix helps with water penetration through the winter, while giving improved friability in the top layer of the soil.

This season some 85ha of cover crops was grown on the heavier land ahead of the malting spring barley crop, giving good cover for the estate’s grey partridges while also and improving the soil structure.

The cover crop is sprayed off with glyphosate in November/December as this early treatment allows the cover crop vegetation to die back and allow the soils to warm up quickly in the spring, while the decaying cover crop does not suck nitrogen from a newly drilled crop in March.

The new minimal cultivation system linked to the cover crops means the land is generally drier and in better condition when the spring barley is drilled, usually in mid-March at a rate of 300 seeds/sq m.

Nitrogen fertiliser had in the past all gone on post-emergence. Now, 60% of the total liquid dressing of 140kg/ha is applied in the seed-bed, and the rest before the end of tillering.

“We find that the timing of the nitrogen is more important than the actual amount applied,” he says.

A standard two-spray fungicide regime is used on the spring barley crop, while plant growth regulators are only used when needed and depending largely on the forecast weather.

The brewer Adnams is accepting Planet for the first time this year, and Mr Dye said it was an easy decision to make the move to the higher performing variety, which yields 5% above Propino, according to the AHDB Recommended List.

“The Propino had averaged 6.5t/ha over the last three years, but we expect 7t/ha plus from the Planet,” he says.

Last year, the Propino crop managed 6.8t/ha, which surprised everyone on the farm after a late wet spring that was quickly followed by the summer heatwave.

Mr Dye said the farm is seeing more success in producing the right grain nitrogen due to the changes in cultivations and nitrogen strategy, while the farm has good combine capacity to cut the crop quickly when ripe.

“Malting barley can be a fickle crop – one day it is ready to cut and only three days later it can brackle badly,” he says.

The barley contract is organised by nationwide co-operative Openfield and then the barley is malted by Simpsons at Tivetshall in Norfolk and delivered to Adnams in the coastal town of Southwold.

To reduce risks further, the farming group also grows about 1,000t of Laureate spring barley for the distilling market looking for 1.6% grain nitrogen at its north Norfolk 1,950ha estate based at Green Farm, Saxlingham, some three miles west of Holt.

Holkham Estate, to the north-east and along the north Norfolk coast, is also another supplier growing the variety Laureate under contract for the Suffolk brewer.