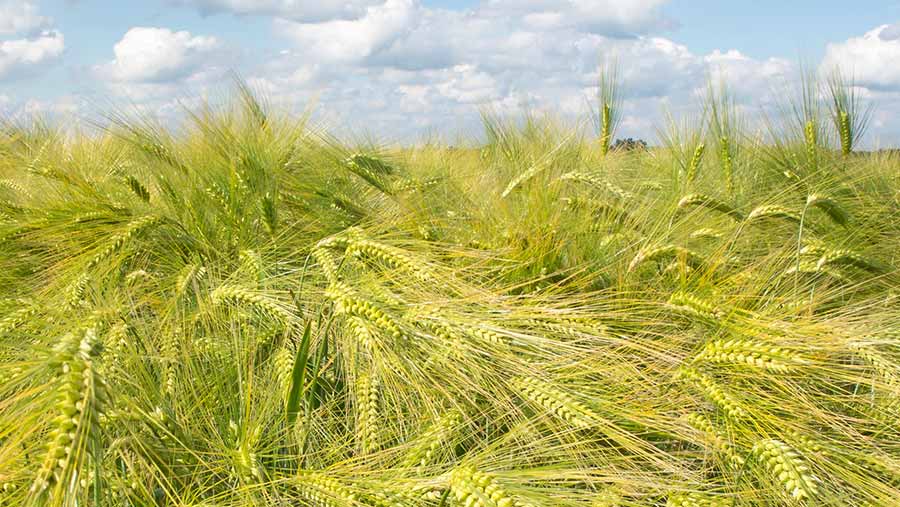 Oxfordshire grower Richard Davey is drilling winter barley late without a big yield hit to give him more time to get on top of troublesome blackgrass and try to limit a key virus-borne disease.

This late-drilling approach could be especially useful as key neonicotinoid seed dressing clothianidin (Deter), which controls the aphids that spread BYDV, will be banned from next season.

“Pushing back drilling to late October will help with blackgrass control in addition to the fact that  hybrid barley is more competitive against blackgrass,” says Mr Davey.

Winter barley is an important crop on the 1,400ha Mr Davey farms at Cadwell Farm, Brightwell Baldwin, 10 miles south-east of Oxford, as it lessen the blackgrass seed return compared with winter wheat and conventional barley.

He grows just over 200ha, as it is a good entry for oilseed rape and helps spread the workload of the farm, which has only one combine. He also has a ready market for feed barley at a neighbour’s pig farm.

All the winter barley is in hybrid varieties on the farm, which rarely grows a second wheat. A mix of winter wheat, barley and beans, along with spring barley, are used to keep oilseed rape to one in four years in the rotation.

Mr Davey only tried the late-drilling technique by accident last autumn, as he had to wait for blackgrass to green up in dry conditions before spraying with glyphosate and then drilling.

Blackgrass problems have pushed back the drilling of both wheat and barley into October, and his normal approach after harvest is two separate cultivations and then a glyphosate spray just before drilling. 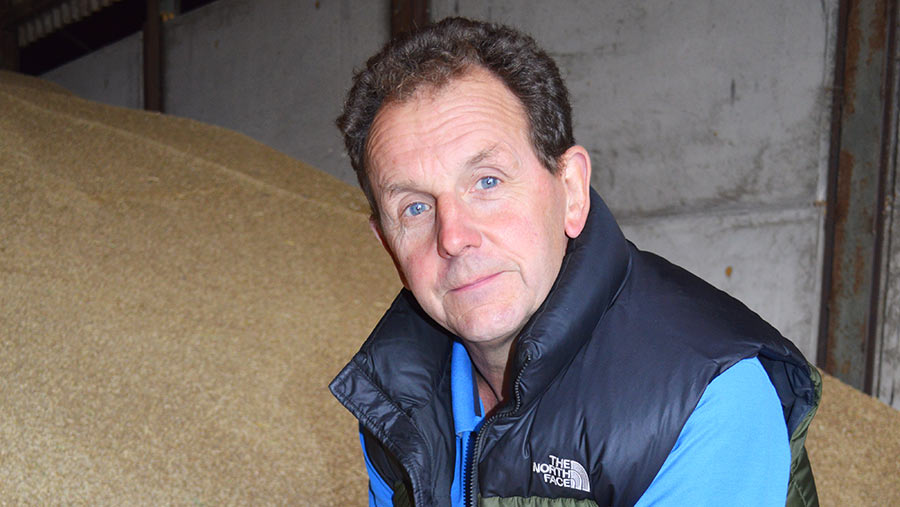 In last year’s dry autumn Mr Davey had an extended wait for blackgrass to green up before he could spray it off and then drill the hybrid winter barley variety Fletcher on 28 October into reasonably good soil conditions on silty clay loam land just south of the M40.

He says late October and into the first week of November should be acceptable for late drilling hybrid barley, although it is likely to be risky to leave drilling any later.

The seed rate at drilling was a normal 100kg/ha, or 200 seeds/sq m – much less than he would use for a conventional winter barley variety at about 180kg/ha – and he was not tempted to push the rate higher for the later drilling.

The recent purchase of a high-output 9m Horsch Sprinter tined drill has helped to speed up the drilling process and allows the farm to drill later.

A very wet winter soon followed and although the crop had established well, it look poor and a bit thin in the following spring and in need of nutrition as soon as ground conditions allowed.

Mr Davey managed to get on with 80kg/ha of nitrogen fertiliser in late March, which perked the crop up. It then really took off, so much so he decided to cut back with further nitrogen and use an extra plant growth regulator (PGR).

He followed up with just 50kg/ha of nitrogen in early May, giving the crop a total of some 120kg/ha for the season rather a more normal 170kg/ha, as he didn’t want to push the crop in case of lodging.

This lush crop prompted him to use a variable rate of the PGR Spatial Plus (chlorethylphosphoris acid and chlormequat) to insure against the crop falling over.

The early strong growth helped the crop cope with the summer drought, as the farm saw no rain after the last day of May until harvest.

The 79ha block of Fletcher yielded 7t/ha in July, but the area suffered from poor drainage, and the better areas were yielding 8t/ha plus, comparing favourably with his other hybrid varieties. 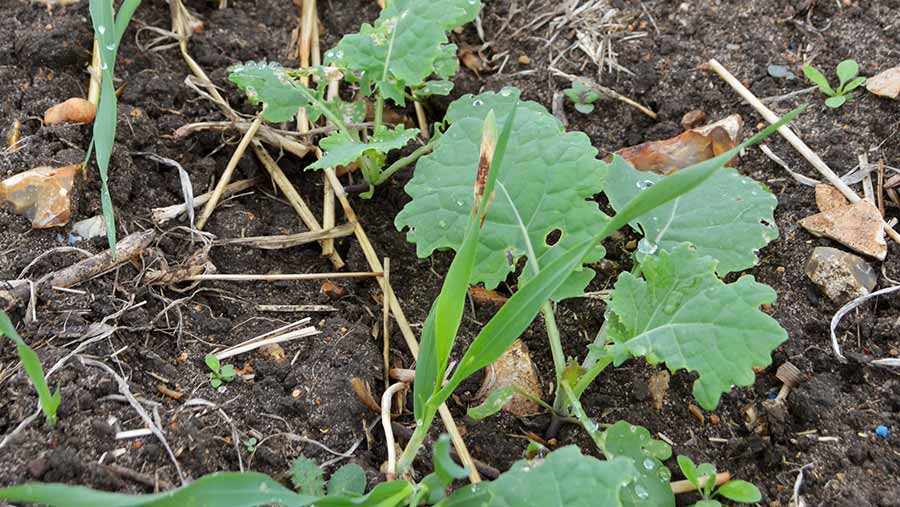 Two other varieties were drilled at a more conventional timing in the first week in October. Bazooka yielded 8.4t/ha and Sunningdale on light gravel soil some 7.25t/ha.

The harvest of the earlier-drilled varieties started on 5 July, while the Fletcher was quite a bit later and was only combined on 17 July.

“The best parts of the field of Fletcher were on a par with the Bazooka, and so the delay in drilling did not have a big effect on yield,” he says.

The later drilling can help with BYDV risk, especially as neonicotinoid seed treatment Deter is banned from next autumn.

“We have tended to use Deter seed dressing, which also helps with slug control, but drilling later should help with BYDV depending on when the aphids migrate,”Mr Davey adds.

With fewer herbicide actives available for winter barley compared with winter wheat, the hybrid barley offers an advantage over conventional barley because of its strong rooting and ability to be drilled later than conventionals.

In addition, the push to drill later will undoubtable help with aphid control and lessen the effect of the loss of the neonicotinoid active clothianidin for seed dressing.

“With the loss of neonicotinoids we will have to drill later and this could help to negate the problems from BYDV,” Mr Thompson says.

The disease can be a particular problem along the mild south coast of southern England, so he encourages growers to try to destroy any green bridge that may harbour aphids and to drill as late as possible.

“We have seen no significant effect on yield from later drilling in October and early November, as long as drilling conditions are reasonable,” he says.

He adds that later drilling could help with controlling BYDV with no Deter next autumn, help fight blackgrass and give a wider window for autumn drilling.

Mr Bullen says a standard rate of 200 seeds/sq m should be fine for late drilling, as long as soil conditions are good, but if it becomes wet and cold and seed-beds are difficult, then rates would be pushed up to 225-250 seed/sq m.

With no seed treatment for aphids available next year, he suggest all controls will be rotation and cultural.

His group has bred the current hybrid barley varieties being grown, such as Volume, Bazooka, Belfry, Sunningdale and Fletcher.