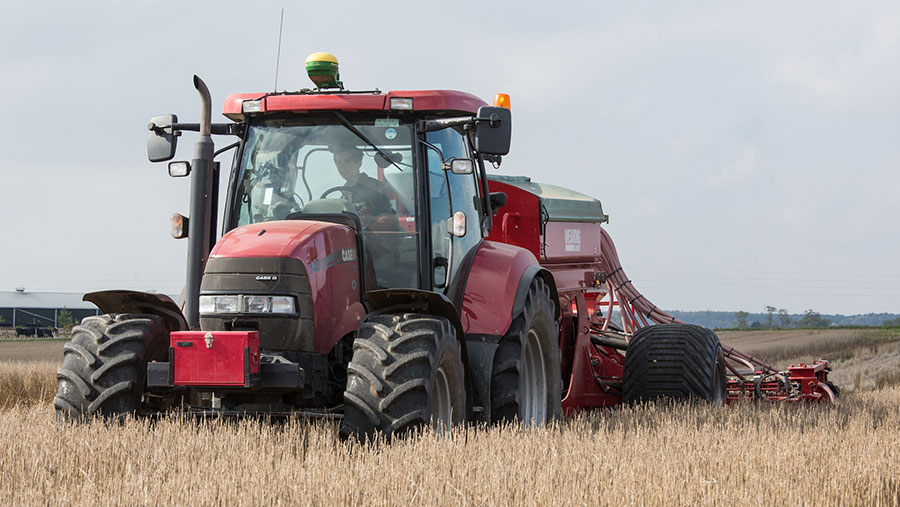 Defra secretary Michael Gove pledged support for min-till and no-till techniques after the UK leaves the EU in a speech on Thursday (15 March).

Details of any planned scheme are yet to be announced – but Mr Gove’s promise has already provoked a heated debate among growers.

Great that #soil is on the political agenda-we need to incentivise farms to move towards Consrvation Ag (or not-their choice) and reward those that are already there. That’s not easy and needs to be flexible so reply to the Command Paper. It’s your future!

As evidenced by what? We have gone from standard insecticide program to hardly any use at all. Don’t know any no-till farmers who use more insecticide than they did before. Slug pellets yes, insecticides no.

But others suggested Mr Gove was misguided – and warned that min-till didn’t work for everyone.

If it was that easy and worked on all soil types wouldn’t we already be doing it?

Some farmers pointed out that min-till increased reliance on certain agrochemicals.

So government funds are going to support more dependency on glyphosate, increased slug pellet use, increased insecticide use and decrease UK productivity.

Others suggested it wouldn’t work at all – or would favour some farmers over others.

There will have to be big support because it’s a sure way of reducing yields.

I acknowledge all that’s been said here but on a wet northern farm with clay content of 65%+ right through and no window between harvest and planting it leads to acceptance that something more has to be done. I’ll persevere with so called no till but it may become a semi till sys

Hertfordshire grower Jo Franklin said the government should let farmers do what was best for the field on the day.

A very worrying ‘direct drilling will cure all ills’ idea. Pushing farmers down this road will do more to harm than good. Let farmers do what’s best for the field on the day @michaelgove pic.twitter.com/rP9SKp3Z0j