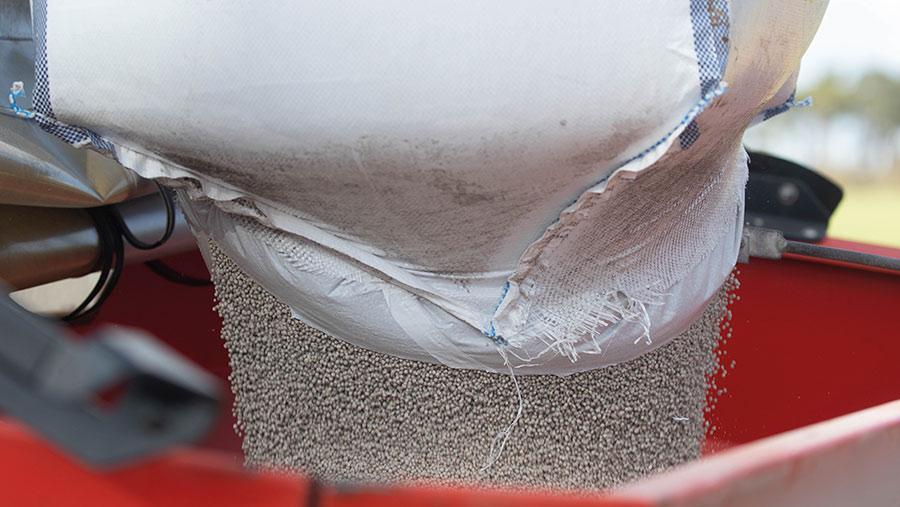 Reducing emissions while maintaining productivity is the goal for most farms as they look for ways to reduce their impact and become carbon neutral.

While every farm will have its own starting point, calculating a carbon footprint makes it easier to look for ways to improve it and take appropriate action.

A recent Monitor Farm debate revealed that resource use efficiency is a big part of the net zero challenge – with all the participants already investigating how to improve their use of inputs.

To do that, they are using a combination of techniques, from making good use of green manures to reducing tillage operations, as well as exploring new technologies that might help with carbon capture.

Boosting productivity, the use of mixed farming, and land use change are also on the agenda, as each farmer assesses how they can make a difference to their operations and contribute to the industry’s national aspiration. 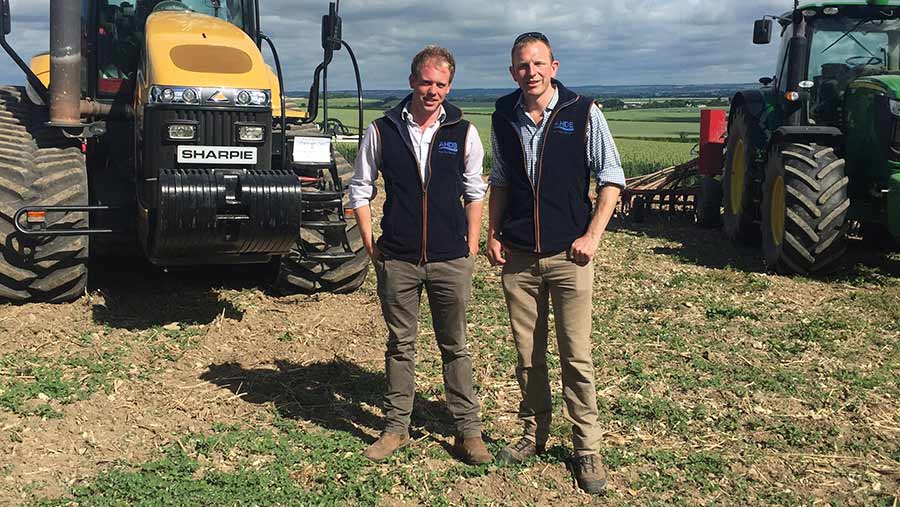 With 300ha of arable crops and no woodland on his farm, Tom Mead can only see limited opportunities for carbon sequestration as he considers how to get to net zero.

Established hedges and an adaptable cultivations strategy based on reduced tillage do help, while the use of organic manures wherever possible and the incorporation of cover crops into the rotation also make a contribution.

Having calculated the farm’s carbon footprint with two different tools and come up with different results, he has been left with more questions than answers.

What is clear to him, however, is that nitrogen fertilisers are the main culprit and appear to be responsible for 80% of the farm’s emissions.

“An easy way for us to make some headway is to focus on that and look at improving the efficiency of fertiliser use,” he says.

“We can’t stop using it, as we don’t want yields to drop dramatically, so we’ve been looking at the role of inhibitors with liquid nitrogen and detailed sap analysis to better target its use.”

He is already working on increasing soil organic matter and building natural fertility through the use of living roots, as he prepares for the future. Poorer areas of the farm have been taken out of production and put into agri-environment schemes, and soil testing with detailed analysis is being carried out.

“At this stage, we don’t want to over-complicate things. We’re trying to do the right things and keep on measuring them, so that we know the direction of travel,” he says.

Another option is to introduce some type of mixed farming, he acknowledges. “Something like bed-and-breakfast pigs might work, but we would need to develop those skillsets.” 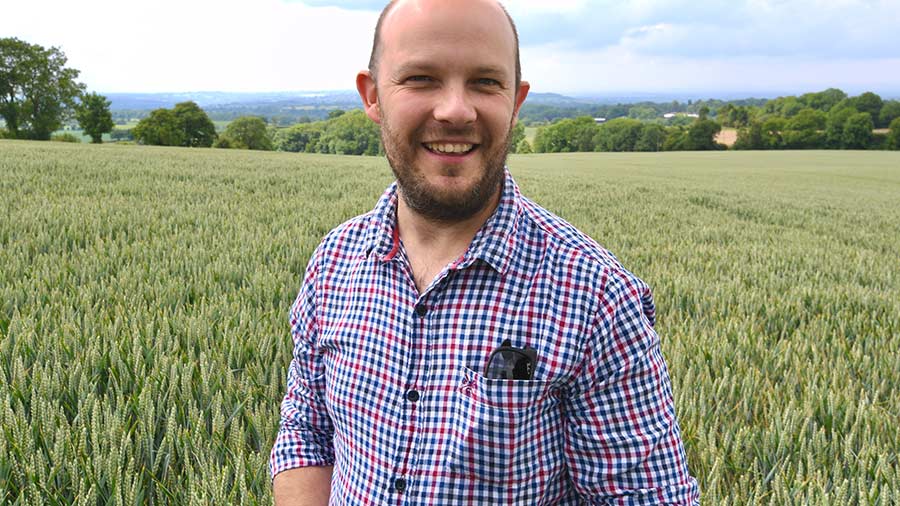 Nitrogen use efficiency is where Rob Beaumont believes he can make an immediate difference to emissions, as nitrogen fertiliser use can be as much as 55% of his farm’s carbon footprint.

He recognises that there is scope to reduce nitrogen applications, having already compared the farm standard application rate of 180kg/ha to lower levels – with some crops being grown successfully with 100kg/ha of nitrogen.

He also uses tissue analysis to make sure that nitrogen and micronutrients are balanced and is building soil organic matter as he looks to reduce inputs.

The purchase of a strip-till drill last year has reduced the number of passes made and changed the way that crops are grown – with an emphasis on soil health.

“Real fertility comes from soil biology,” he says. “The best way to increase organic matter is through photosynthesis, which requires a mindset change.”

Mr Beaumont also uses sheep to graze his cover crops to add fertility and is contemplating how having a living mulch in the rotation might help to supply nitrogen and provide other benefits.

“There is lots to learn about how to manage it to get the right results, but the potential is there.”

Other actions include a switch to liquid fertiliser, with carbon products added to improve its efficiency of use, as well as guidance from leaf tests to avoid over-application.

“A little-and-often approach with nitrogen often ends up with better utilisation of the nutrient. There’s also scope offered by plant breeding and improved genetics to improve nitrogen use efficiency – developments which I am watching with interest.” 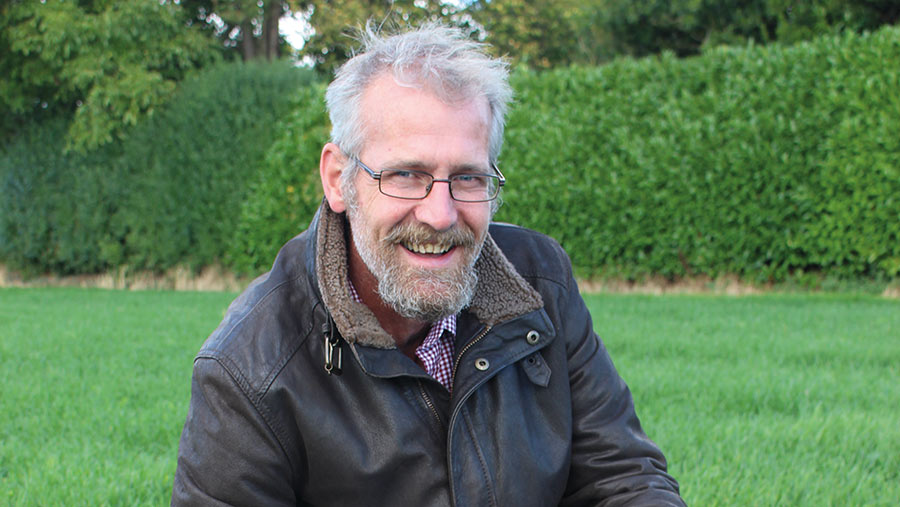 North Yorkshire farmer David Blacker has already seen some good results from focussing on using fertiliser more efficiently, with nitrogen use efficiency rising from 63% to 80% in five years.

He is now using 90kg/ha of nitrogen less that the RB209 recommendation but is reluctant to go much lower for both yield and soil depletion reasons.

“If we don’t apply enough, there’s a danger that the crop will feed on cycled nutrients which come from organic matter breaking down, so soil carbon will be mined instead of building up,” he explains.

“If net zero is to be achieved, carbon stocks need to be going up.”

Mr Blacker made the improvements by using a managed approach to nitrogen. This involved learning to trust the results from Yara’s N Tester and making little-and-often applications, timed to coincide with the right weather conditions.

“They also help to avoid the growth spurts that arise and the subsequent nitrogen dilution that occurs when large amounts of N are applied in one hit.”

On his all-arable farm, decisions have been made for business rather than carbon footprinting reasons, he admits.

As a result, ploughing and cultivations have stopped, with strip tilling and one-pass drilling being introduced. Winter beans have come into the rotation to help with first wheats, with their inherent fertility benefit being exploited.

“We are getting there accidentally,” he says. “I’m also keeping an eye on carbon markets, but until we get to net zero we won’t have any credits to sell.” 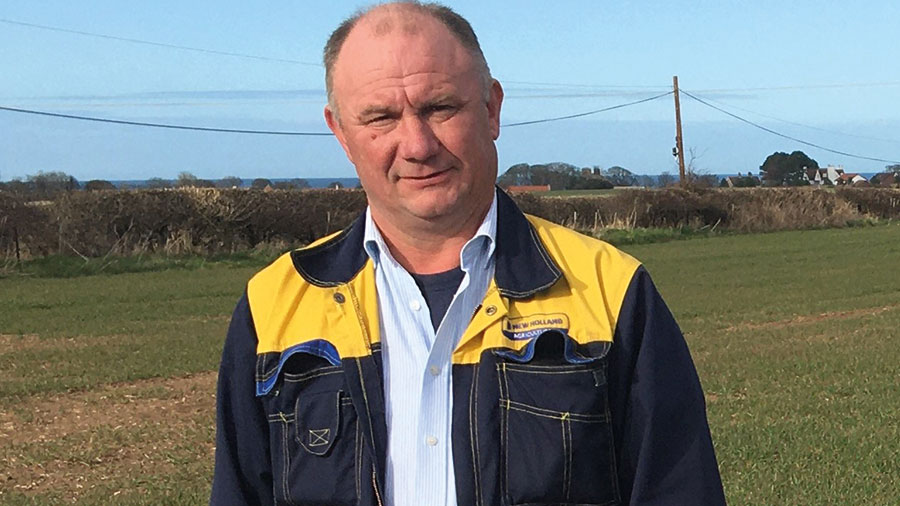 For Pip Robson in Northumberland with a mixed farming business, there’s a danger that he will end up re-inventing the wheel as he considers how to become carbon neutral.

As a result, he is taking what he describes as a cautious route to reducing emissions, by dropping second wheats and using nitrogen inhibitors with his liquid fertiliser, as well as growing legumes.

With beef and sheep on his 800ha farm, he has always rotated crops and livestock, growing rotational grass in an integrated system and making good use of farmyard manure. This has worked well for many years and he is reluctant to start taking land out of production.

Instead, a measured and sensible approach is being applied as he looks at ways of becoming more efficient.

Having moved to liquid fertilisers for their accuracy, he has already discovered that some nitrogen inhibitors work better than others. Determined to reduce waste, he applies fertiliser early in the morning and has reduced rates slightly, as he aims to use only as much as is needed.

Second wheats are not grown for productivity reasons and a diverse rotation is in place on his thin soils.

A recent request by an end user for a sustainability check has concentrated his mind on carbon capture, he admits.