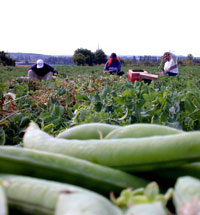 The basic rate of pay for farmworkers in Scotland could increase by around 3% later this year, if proposals from the Scottish Agricultural Wages Board go ahead.

SAWB has voted in favour of a 19p per hour increase in the basic rate of pay for agricultural workers with more than 26 weeks continuous employment to £6.51 per hour, brining the minimum wage for a 39-hour week to £253.89.

The proposed hourly rates are:

• £6.51 for those employed for more that 26 weeks by the same employer

• £3.61 for workers who undertake a Level 2 Modern Apprenticeship in agriculture

• Workers with appropriate qualifications should also be paid an additional £0.99 per hour. Those working with dogs should receive an allowance of £4.94 per week for each dog up to a maximum of four.

NFU Scotland said it was disappointed by the proposed increase, which was more than the 2.2% increase agreed for the National Minimum Wage which applies to all other sectors across the UK.

“With these proposals, the SAWB has shown itself, not for the first time, to be out of touch with reality,” NFU Scotland’s policy director, Scott Walker, said.

“We are especially disappointed that the SAWB has decided to break the link between the first 26 weeks of employment rate and the national minimum wage. For a few years the SAWB had recognised the competitive pressures faced by the Scottish soft fruit industry but now they seem to be of the belief that this sector can afford wage rates above the national minimum.”

The SAWB proposals now go out to consultation with a view to their introduction in October this year.