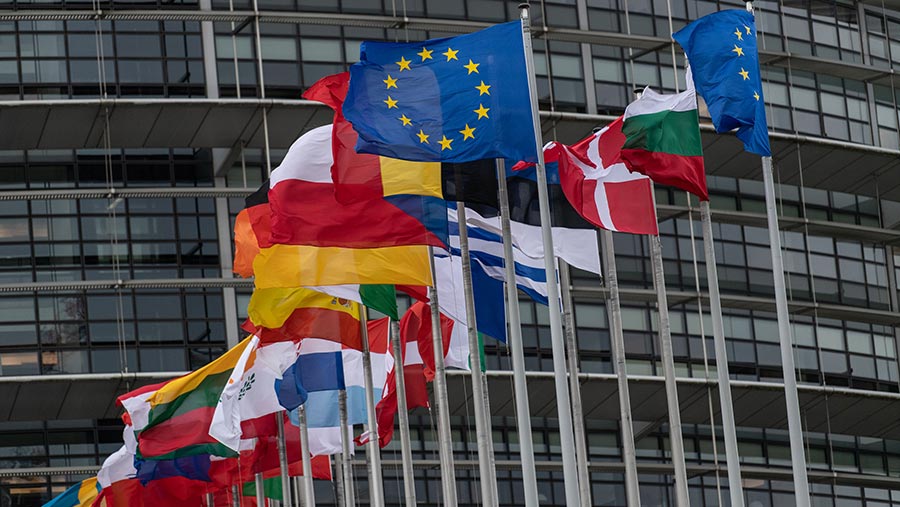 Member states voted through the proposal on a qualified majority after a 45-hour session of the EU Council that concluded at 4:15am on 21 October.

Only Lithuania voted against the proposal after it called for just 10% of pillar one support to be hived off for environmental measures.

Latvia, Bulgaria and Romania also declined to support the package, abstaining from the vote.

But the remaining 23 states approved, allowing three-way negotiations, referred to as trialogues, to start between the European parliament, the council and the European Commission.

The British Agriculture Bureau (BAB) in Brussels – an organisation representing the NFU in England and Wales, NFU Scotland and the Ulster Farmers Union – said the European parliament was also moving towards agreement on the proposals.

If the reforms are adopted, all EU farms will have to undertake additional environmental measures under “Eco-schemes” to have a chance of maintaining their CAP direct support.

While farmers already have to meet standards of good agricultural and environmental practices under existing CAP rules, the schemes will require them to carry out extra measures.

BAB set out the following five key areas which were agreed by the council.