Motorists rushing along the busy A5 through North Wales heading for Snowdonia may have a double-take as they see a herd of bison grazing in a roadside field.

They will have just driven by Wales’ only herd of these pre-historic-looking beasts that head up the restaurant’s menu at one of the country’s biggest organic farms.

Gareth Jones, estate farm manager of the Rhug Estate hugging the River Dee, says the 20-strong breeding herd can be difficult to handle but demands attention from those racing past.

“The bison are a clear attraction because of their healthy red meat, low in fat and cholesterol, and also from their novelty value,” he says.

The estate near Corwen, some eight miles west of Llangollen, has three food outlets – the Bison Grill, On the Hoof takeaway and a Drive Thru, believed to the first drive thru on a farm in the UK. 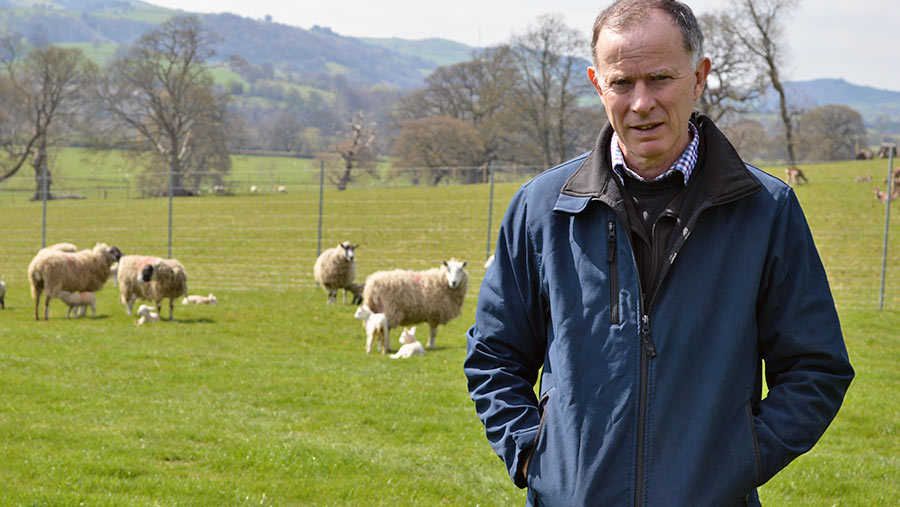 Head chef Elliot Knox says the bison meat is very popular due to its gamey taste, but having less fat than beef it needs careful treatment in the kitchen.

Great care goes into searing the burger in a chargrilled pan to seal in the moisture to prevent the meat drying out and finished the oven, and certainly tasted like a rich, low-fat beef with an intense, deep flavour.

“People come to try the bison as it’s the main attraction and our customers keep coming back,” he says.

The vast 5,000ha estate turned organic when the current owner, Lord Newborough, inherited the family estate in 1998, driven by his belief in “healthy food and healthy farming practices” and went on to win Farmers Weekly’s Farmer of the Year award in 2013

The bison form part of the farming enterprise with a big sheep flock, hundreds of Aberdeen Angus cattle, with half the beef and lamb passing through its outlets and the rest of its organic meat to Waitrose. 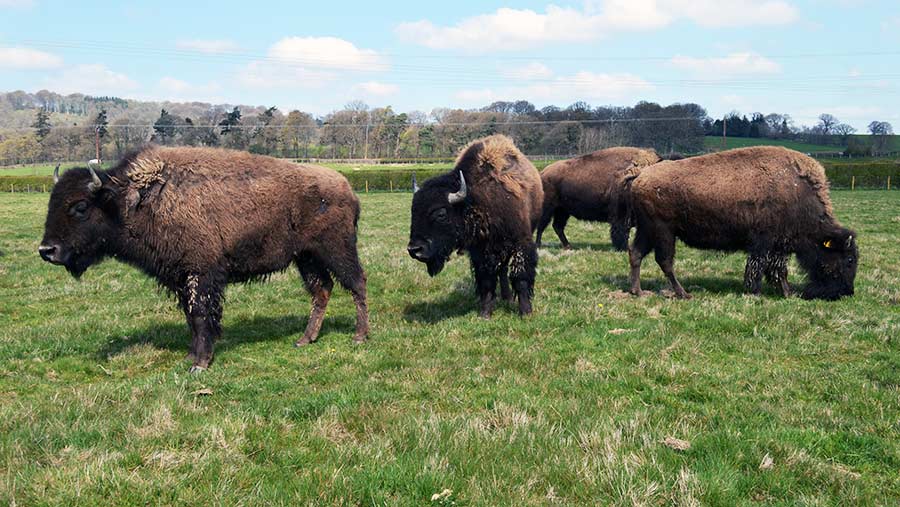 Mr Knox directs the menu, which ranges from Welsh rarebit to slow-cooked braised bison, using many of the lesser cuts of bison as top-quality rump steaks, which exported to Hong Kong and Dubai.

Bison meat needs to command a price premium as the calves take at least 30-months to fatten and the farm simply can not produce enough to meet demand.

The estate is wary of expansion due to the presence of malignant catarrhal fever, which is fatal to bison, but this virus can be carried by sheep without cause clinical disease. 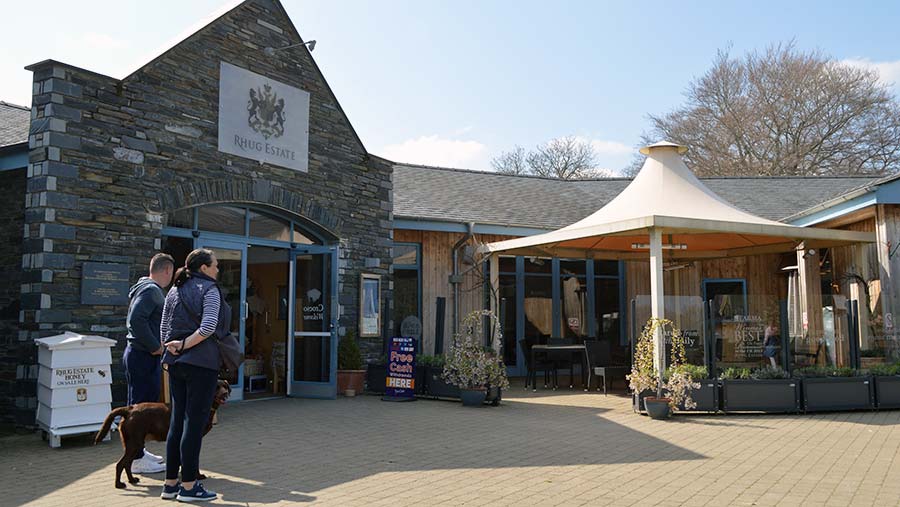 Also on the menu is salt marsh lamb from the estate’s coastal farm Ty Mawr, near Caernarfon, and two-ways beef of slow-cooked cheek with tender rump steak from the Aberdeen Angus herd.

The grill closes at 5pm but the restaurant opens for fine dining in the evening once a month, which is attracting customers from as far afield as Liverpool and Wrexham.

We were eager to try out the bison as a claimed healthy red meat, so headed for the main restaurant at the estate to try the signature burger with red onion marmalade in a brioche bun plus chips at £16. 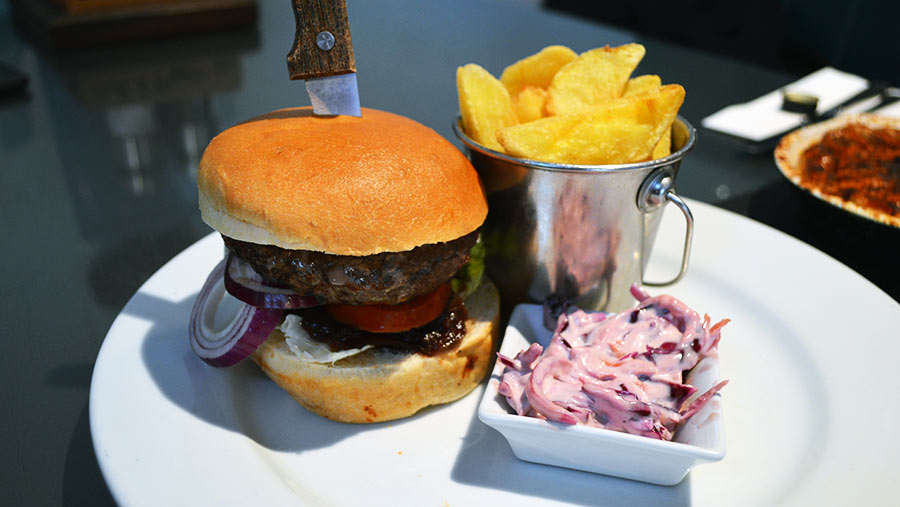 We also tried the pie of the month, which featured organic chicken, ham and leeks with seasonal vegetables for £13.50, which was a tasty alternative to often bland supermarket chicken. 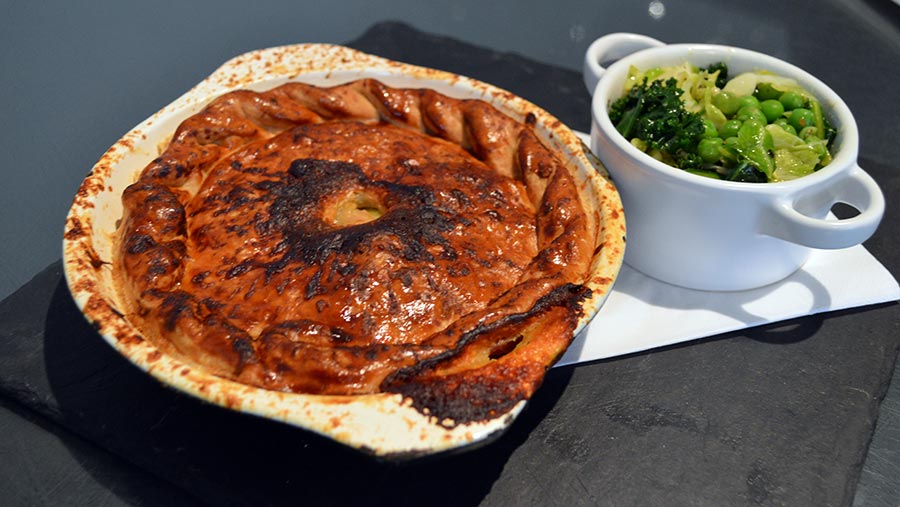