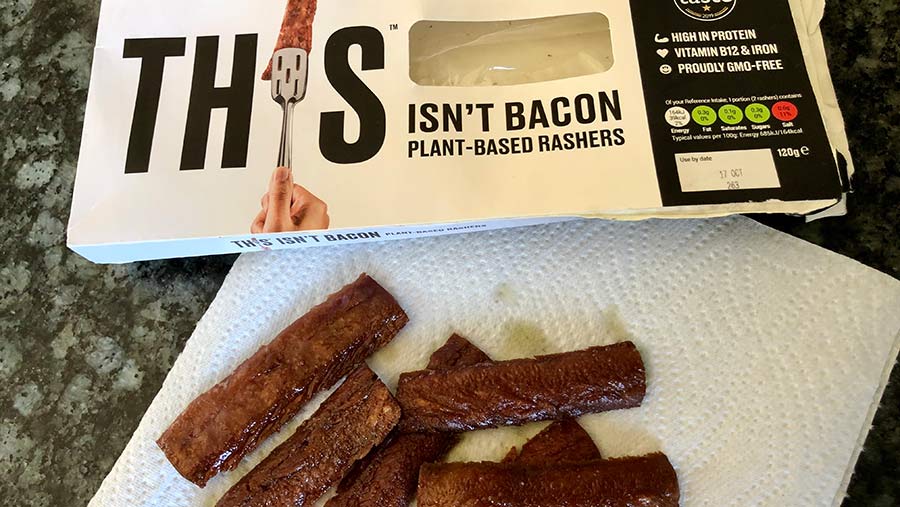 The Ulster Farmers Union has called for a ban on the use of meat-related terms on food packs containing plant-based alternatives.

Members of the union’s legislation committee expressed frustration at the use of words like bacon, steak and goujon appearing on vegetarian and vegan food.

Retailers are moving meat alternative products away from dedicated vegetarian and vegan sections into more prominent locations like the meat aisle, a union spokesman said.

That places a greater responsibility on manufacturers to provide clear labelling for the wider customer base, and this needs to be enforced under general food law, the spokesman added.

Currently, meat-related terms do not have the same level of legislative protections as dairy products.

In 2017, the European Court of Justice reserved the use of the term “milk” for products of dairy origin only.

EU law also reserves the use of the terms “cream”, “butter”, “cheese” and “yoghurt” for milk-based products.

The UFU said it wanted legislators to revise labelling laws to provide the same level of protection for customary and traditional meat terms.

These terms include “chicken” or “chicken-style”, “beef”, “lamb” and “pork”, or a specific cut of meat like a steak.

To be in breach of laws like the General Food Regulations 2004 and the Food Safety Act 1990, products must be ruled to be misleading.

“The difficulty comes with trying to prove to the Trading Standards Agency that the product has in fact misled the average consumer,” the spokesperson pointed out.

The UFU urged farmers to play a role in highlighting which products could be deemed misleading.

“For the most part, it is always clear which products are plant based and which are not.

“Should members have concerns with the labelling of plant-based products, we encourage them to report these to the Food Standards Agency or the Advertising Standards Agency,” the spokesman said.