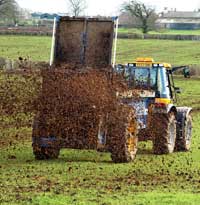 DEFRA has published a list of some of the decisions made by the Nitrate Vulnerable Zones appeal panel.

Farmers were given the opportunity to appeal against an NVZ designation, so long as they applied by 31 Jan 2009. Over 700 appeals were submitted by this deadline.

DEFRA has this week (8 November) published a list of over 100 appeals (PDF) which reveals that 70% of farmers’ complaints have been upheld.

This means that when maps are reissued in Jan 2010 the land affected by the decision will no longer considered to be designated within an NVZ.

DEFRA says it expects to have decided all the appeals by the end of December 2009.