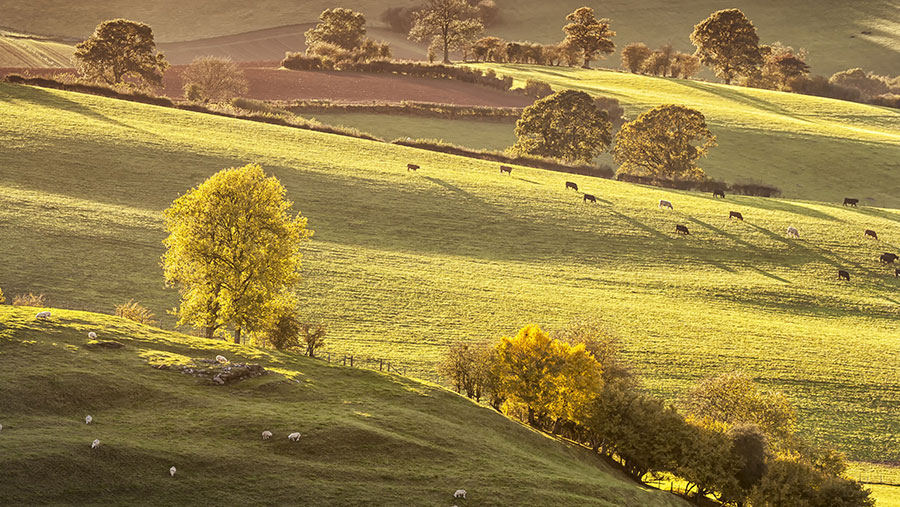 Ambitious tree planting targets in Wales could result in large-scale plantations that rob the country of productive farmland.

The Welsh government wants 2,000ha of new woodland to be created every year, rising to 4,000ha “as quickly as possible”.

But the Farmers’ Union of Wales (FUW) fears that this will be to the detriment of agricultural productivity and risks diverting agricultural budgets to other sectors.

The union expressed this concern in its response to the Agriculture in Wales White Paper consultation.

The Welsh government is proposing to replace the Basic Payment Scheme (BPS) and other EU agri-environment schemes with a single direct support scheme for farming.

It will also provide advice and support for farmers and farm businesses.

But there is no recognition for the supply of safe, traceable food and that is worrying, says the FUW.

It is also unhappy that there is no reference in the White Paper to capping of farm payments.

Wales currently applies a cap and has a “redistributive payment” system that increases support for smaller family farms.

Meanwhile, in its response to the consultation, NSA Cymru said the White Paper had “areas to be positive about and areas of concern”.

Among the positives is the recognition of the contribution farmers already make to a sustainable environment and biodiversity, as there will be funding for current public goods, as well as future additions or improvements.

NSA Cymru region chairman Kate Hovers said it was essential that the scheme rewarded existing practices and benefited farmers who have retained and protected habitats.

“It should not simply incentivise and reward change, but should reward those whose change needs to be minimal,” she said.