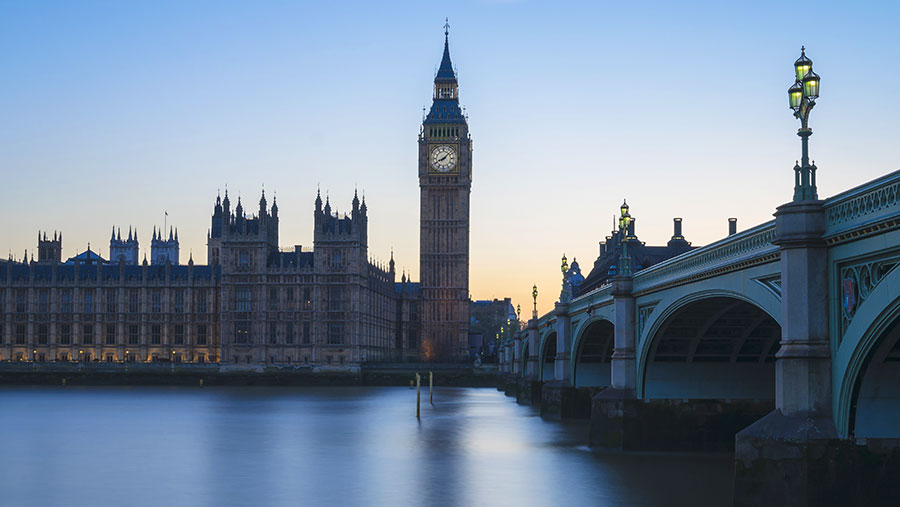 The Agriculture Bill has now been passed into UK law, representing a “landmark moment” for post-Brexit farming, say industry leaders.

Defra confirmed that the bill received royal assent today after more than 100 hours of parliamentary debate.

The new system will replace the Basic Payments Scheme (BPS), funded under the EU’s Common Agricultural Policy (CAP) – which Defra describes as “inefficient and largely bureaucratic”, skewing payments towards the largest landowners, based on the size of their land rather than rewarding farmers properly for the work they do.

The Agriculture Bill sets out how farmers and land managers in England will be rewarded in the future with public money for “public goods”.

These incentives will provide a powerful vehicle for achieving the goals of the government’s 25-year Environment Plan and the UK’s commitment to reach net zero emissions by 2050.

Direct payments will be phased out over an agricultural transition period, starting with the 2021 BPS year and running until the end of 2027.

This will allow farmers and land managers the time they need to adapt to the new approach and consider which component of the new ELM scheme will work best for their farm.

Farmers and land managers will also be able to apply for alternative support during this time, with productivity grants on offer next year and with Countryside Stewardship schemes remaining open to new applications in the first few years of the agricultural transition period, which will help farmers to springboard into the upcoming ELM scheme.

Further details on plans to support farmers and land managers over the transition period are due to be published later this month, Defra says.

The bill also includes measures designed to support farmers and land managers to boost their productivity, and ultimately maximise the potential of their land to produce high quality food in a more sustainable way.

“The funds released as a result of the phasing out of the legacy BPS will be reinvested into a rollout of our future farming policy, which will be centred around support aimed at incentivising sustainable farming practices, creating habitats for nature recovery and supporting the establishment of new woodland and other ecosystem services to help tackle challenges like climate change.

“We will support farmers in reducing their costs and improving their profitability, to help those who want to retire or leave the industry to do so with dignity, and to create new opportunities and support for new entrants coming into the industry.”

NFU president Minette Batters said it was a “landmark moment” for food and farming. “Simply put, the Agriculture Act will set how we farm in this country for generations to come,” she added.

Mrs Batters said the NFU had made the case to recognise the role of farmers as food producers and the bill “now does that more robustly”.

The government will report on UK food security to parliament every three years; the first report will be published at the end of next year.

The role of the Trade and Agriculture Commission has also been strengthened to ensure British farmers are not undercut in future trade deals by food imports that would be illegal to produce here.

Q: What will the Agriculture Bill change for farmers?
Defra wants to reform agriculture policy so the interests of farmers and land managers, the environment and taxpayers are at the core of all decisions.

Q: How does the Agriculture Bill affect farmers?
Defra plans to phase out direct payments in England from 2021 to 2027. In the first year, the biggest reductions will be applied to the higher payment bands

Q: What is new in this bill compared with when the first bill was introduced in 2018?
The updated bill maintains Defra’s flagship policy to pay those who look after the land and animals for the provision of public goods, but now it also includes more focus on food production.

Q: When will the changes come into effect?
The changes won’t be immediate. The seven-year transition period will start in 2021 and continue through to the end of 2027. The national pilot for the new ELM scheme is expected to be open for participants by the end of 2021, with the scheme fully operational in 2024.