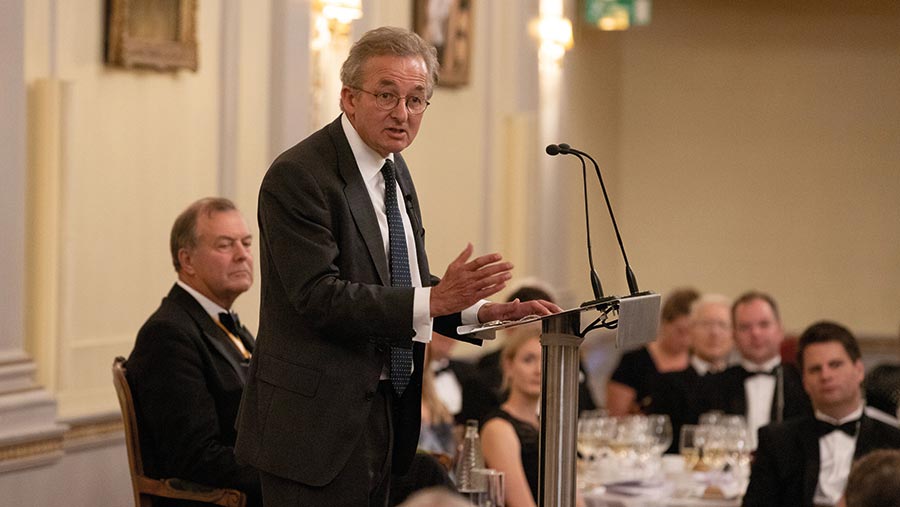 Government efforts to revamp support for English farmers and deliver for the environment are falling short of what is needed, a senior government adviser has warned.

Dieter Helm, who chairs the Natural Capital Committee and is seen by some as the architect of “public money for public goods”, believes the Environmental Land Management (ELM) scheme is in danger of being “subverted into a modern version of the CAP”.

“ELMs is pregnant with the possibility of being an incredibly forward-thinking policy framework to help us on the path to 2050,” he told a Worshipful Company of Farmers dinner in London,

“But I think it is up for grabs as to whether the Sustainable Farming Incentive, which I suspect will end up taking most of the money under the ELM scheme, is basically Pillar 1 with a bit more cross-compliance.

“I read the secretary of state’s interview with Country Life where he said (paraphrased): ‘This is going to be farmer-led. Every farmer is going to have their own consultant who is going to walk the land and come up with a farm plan. It isn’t about measuring hedgerows or anything like that.’

“Well, I think that is called ‘how much money were you getting under Pillar 1 before? Can we give you the same amount of money as well? And could you do a few nice extra things to get the cash?’ I think that that is what is going to happen.”

Prof Helm described such an outcome as “huge missed opportunity” for the environment and farming, “and a tragedy for those who expected that Brexit might deliver positive outcomes”.

When it came to delivering “net zero” carbon emissions by 2050, Prof Helm believed government policy was also heading in the wrong direction, especially when it came to trade deals.

There was no doubt that British agriculture had a job to do in terms of cutting emissions, he said. The sector was said to produce 11% of the UK’s greenhouse gas emissions, yet contributed only 0.5% to gross domestic product.

“Relative to its size, farming has got a huge pollution problem,” said Prof Helm. It was going to have to work hard to reduce its emissions.

“But it is no good pursuing virtue in Britain and cutting back emissions, only to import the stuff from somewhere else, where even more emissions have been involved, never mind the extra transport,” he said.

“This would be a terrible environmental thing to do, but that is actually where we are heading.”

Prof Helm argued that it was essential to have a carbon border adjustment – a tariff on imports to compensate for the extra carbon emissions associated with imported food.

“It’s not hard to solve this problem. You just charge the same price for carbon on imports as you charge for domestic production. Then we’re on a level playing field.”

As well as the challenges and costs of reducing emissions, Prof Helm saw great opportunities for farmers to be rewarded for sequestering carbon.

Prof Helm envisaged that the UK would be producing more of its own food in future, “not for food security reasons, but because, once you take the carbon content of trade into account, and many of the other environmental consequences, it will be better to produce it here.”