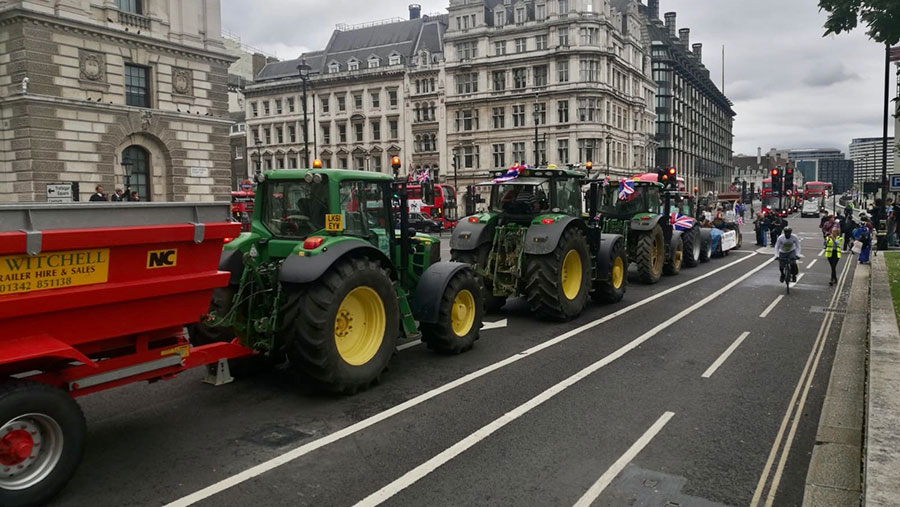 The protest was organised by campaign group Save British Farming (SBF), which is planning a summer of activities to “save Britain from US chlorinated chicken and hormone-fed beef”.

Farming organisations are seriously concerned that the government will pass an Agriculture Bill that will give no protection for the UK’s high animal welfare and environmental standards.

Trade secretary Liz Truss has announced plans to establish a trade and agricultural commission, but she has stated that its recommendations “should be advisory only”.

But several Conservative MPs have warned the prime minister that the new body must be given statutory powers that would require the government to formally respond to its recommendations.

Among the protestors was Bill Kelsey, who travelled from his farm in Bexley, north Kent. He said: “We need to let the government know that farmers do care about their animals and their health. 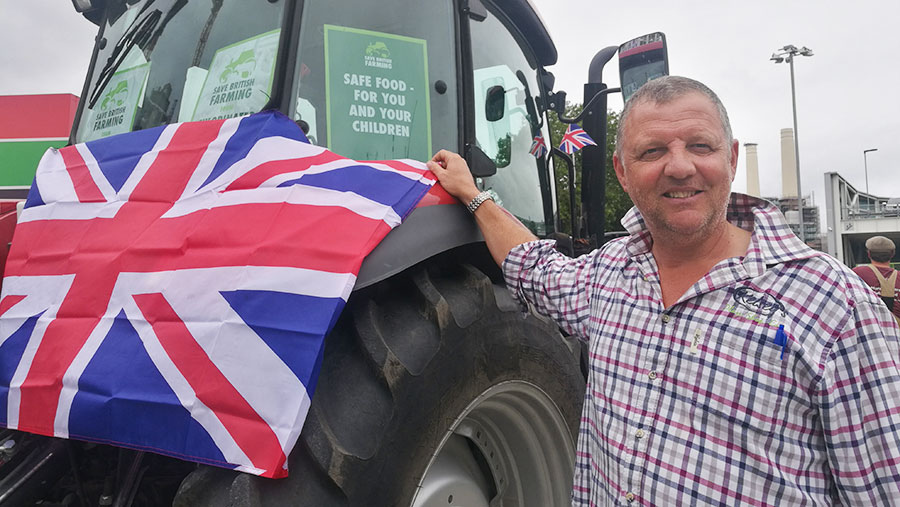 “[Donald] Trump should not be allowed to dictate to our government what he brings into our country when we have got perfectly good growers and livestock farmers here.

“British people want to eat food that they know where it comes from.”

Fellow Kent farmer Mark Miles journeyed almost three hours on back roads in his Fendt tractor and trailer from his farm in Edenbridge to take part.

He said: “We’re here for our futures. I just wish British farmers would be more like the French. 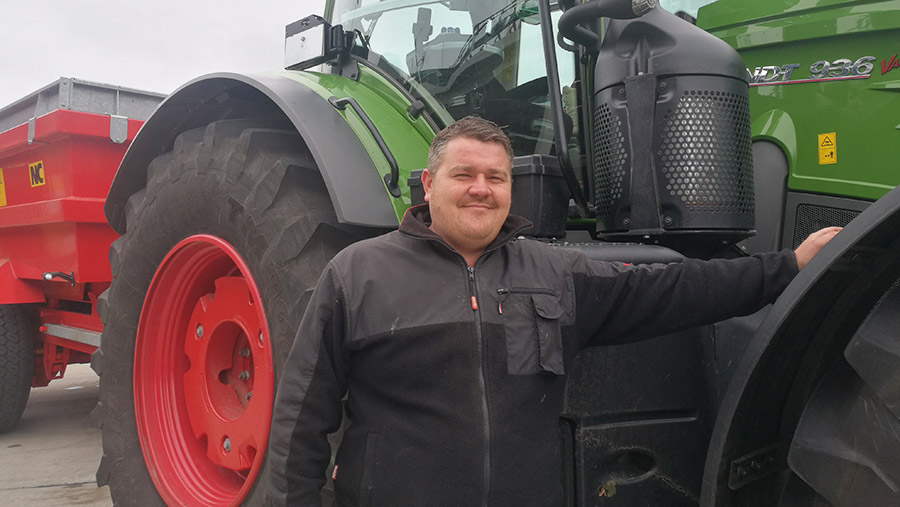 And Jyoti Fernandes, chair of the Landworkers’ Alliance, an organisation representing smaller farming businesses, said: “The government’s plan for a trade and agricultural commission is a smokescreen.

“It needs to be statutory or it will just evaporate as soon as Liz Truss gets the public profile off the issue. Don’t trust Truss – put it in law.”

Staffordshire arable farmer Phil Bennion, a former MEP for the West Midlands, said: “We have a big job to make sure this commission is beefed up, has teeth and protects our standards – not just for producers, but also consumers.”

More than a million people have signed an NFU petition to safeguard Britain’s food production standards.

The Agriculture Bill is currently being scrutinised in the House of Lords, which will consider any amendments tabled by peers following the second reading in parliament last month.

The government remains confident that the bill will attain Royal Ascent in time to begin the transition towards a new agriculture system in England, as planned, in 2021.