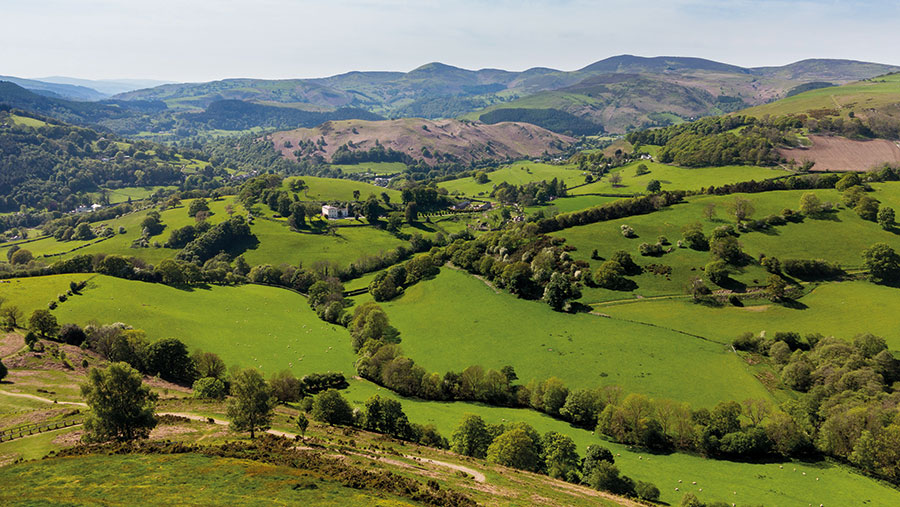 A fifth of Welsh farms are running at a loss and there is a risk that farmers will be priced out of agriculture by big corporations buying up farmland for carbon offsetting schemes, according to a new report on family farms in Wales.

The findings of an inquiry by the Welsh Affairs Select Committee published today (7 April) paint a concerning picture for Welsh agriculture, an industry where the average farm size is just 48ha, compared to 87ha in England.

From pressure on incomes and land availability to a lack of opportunity for new entrants, the report highlights some of the key concerns and sets out a series of recommendations to governments to address the issues.

The latest figures on farm incomes show that 19% of Welsh farms have a farm business income of less than zero, and the average income across all farms in Wales is just £26,000.

The report suggests that Welsh farmers believe that economics are stacked against the family farm, with those businesses often less resilient to economic shock.

There is also concern about competition for farmland for woodland creation with farmers “priced out” of buying or renting productive land.

The committee says it opposes any attempts to “game the system” by companies investing in viable farming land to offset carbon emissions accrued by businesses elsewhere.

The report urges the Welsh government to consider whether there are appropriate safeguards and improve transparency and regulation, including establishing a register of carbon offset schemes.

The committee also wants to see more support for new entrants – just 3% of farmers in Wales are under 35.

Support might include loans and grants for capital purchases and improvements, and payments for public goods such as cultural preservation (including preserving the Welsh language) and community strength.

The economic impact on Welsh agriculture from free trade agreements (FTAs) with nations including Australia and New Zealand also needs investigating, the committee believes, recommending that the UK government publishes cumulative impact modelling to show the impact of FTAs with a Welsh-specific impact assessment.

Commenting on the report’s findings, Farmers’ Union of Wales head of policy Nick Fenwick said: “It is pleasing to see that the committee has recognised the importance of Welsh agriculture to our national workforce, language and culture.

“We now urge both the Welsh and UK governments to seriously consider the recommendations made by the committee in light of upcoming challenges including cuts to support payments, liberalised trade deals, and demand for carbon for the current and future generations.”